The popularity of cheaper and easy-to-use underwater drones is on the rise. And like their aerial counterparts, that growth is posing new questions. How can hobbyists ensure they’re not harming sensitive underwater environments? Can these independent explorers help scientists and researchers learn more about unexplored bodies of water?

Berkeley-based company OpenROV is attempting to answer some of those questions. OpenROV sells kits that allow people to build their own remotely operated vehicles (ROVs) and their technology is open-sourced.

“We’re hoping that will greatly increase the number of eyes looking around underwater and if you can do that, then the majority of new discoveries about the underwater portion of our planet will happen from everyday people,” says Eric Stackpole, co-founder of OpenROV.

Recently, OpenROV explored the SS Tahoe, a 19th century sunken steamship located 360 feet underwater in Lake Tahoe’s Glenbrook Bay. Stackpole says the company conducted the exploration not just to test their own robot, but also to connect with scientists and learn about the best ways to conduct underwater expeditions.

During the SS Tahoe project, OpenROV consulted with scientists and archeologists from National Oceanic and Atmospheric Administration (NOAA) and the California State Parks.

David Mckinnie is with NOAA’s Ocean Exploration Program. The agency conducts ocean water expeditions using larger and more complex machines. But he says NOAA plans to actively connect with citizen explorers who use robots like ones made by OpenROV.

Mckinnie says only 10 percent of the world’s oceans are mapped in detail and citizen explorers can get to places that scientists and researchers can’t because of time and resources.

“More and more people are interested in this area and more and more people will be putting capable robots in the water,” says Mckinnie. “The opportunity really is to give underwater robot operators a chance to channel their enthusiasm for the good of the greater community.”

This means teaching citizen explorers techniques in underwater explorations and how to collect data in a way that’s useful to other scientists.

OpenROV’s exploration of the SS Tahoe resulted in the first high-definition images of the shipwreck. The SS Tahoe, also known as the Steamer Tahoe, used to haul mail and passengers every day around the lake before there was a road. After the lake’s road system was built in the 1930s, the SS Tahoe went out of business and slowly fell into disrepair. The ship’s owner decided to deliberately sink it in Glenbrook Bay, with the intention of allowing people to look at it through glass-bottom boats. But the boat ended up in a deeper part of the the lake.

The drone used in OpenROV’s exploration is about the size of a backpack. It’s equipped with propellers, enabling it to move forward, backward, up and down. It’s also outfitted with external lights to illuminate the area; which was important because little light gets down to the SS Tahoe's location.

Denise Jaffke is an associate state archeologist who works at the California Department of Parks and Recreation. Jaffke also consulted with OpenROV team, giving them historical information about the shipwreck and also giving them tips on how to study underwater archaeological sites. The shipwreck is in Nevada’s National Register of Historic Places. 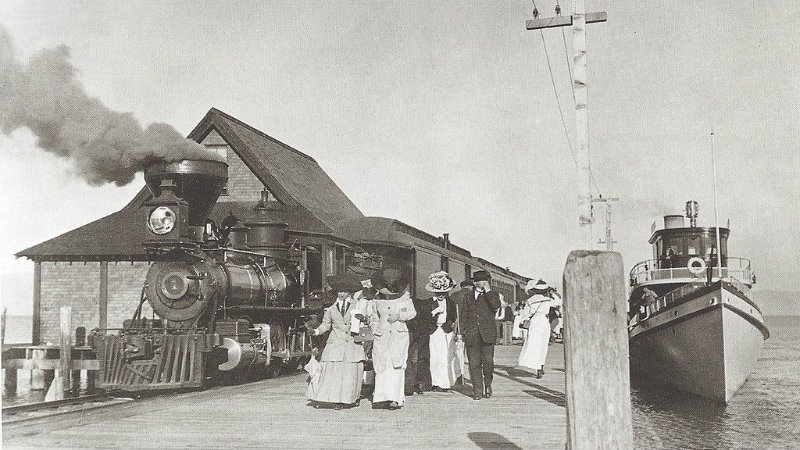 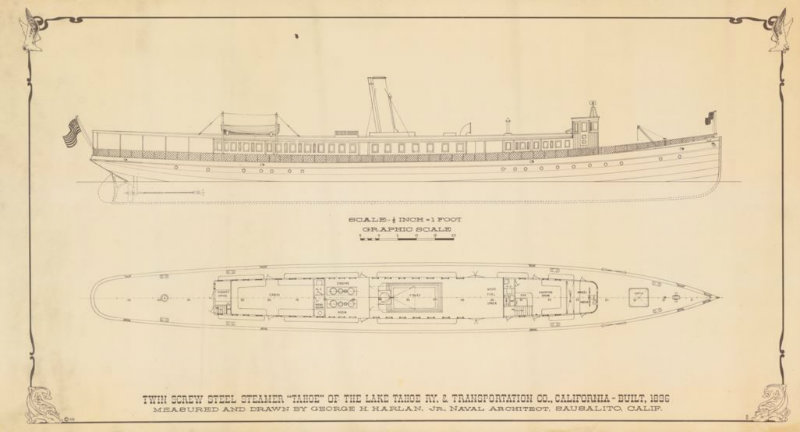 She came up with some protocols for ROV use during the SS Tahoe project.

“You just want to make sure you’re not hitting things with the ROV or getting the tether around something and yanking things off,” she says.

If that happens, drone users must record and report the incident, she says. Jaffke says preservation is vital and she hopes that citizen explorations will adhere to the mantra of: “Take pictures, leave only bubbles.”

“It’s the context that these things are in that means the most,” she says. “Once you remove that piece or artifact from that ship, it’s never to be replaced and the story gets lost.”

Jaffke says there have been two other well-known explorations of the SS Tahoe wreck. One took place in the early 1990s and another in the 2000s. Technical scuba divers have also accessed the site in the past. In the future, Jaffke says she envisions more collaborations between California’s parks department with citizen scientists.

Throughout the SS Tahoe expedition, OpenROV's underwater drone sent live video via a wire tether to a small boat. The tether is necessary because radio waves don’t travel through deep water. From the boat, videos and images are sent to a “mission control” center on shore. OpenROV also made the video feed available online.

”This ability for people to participate in exploration will help the public [be more] involved in scientific and research exploration,” says Stackpole.

“One of the things we do have to be careful about is protecting really fragile marine and archeological environments,” says Stackpole. “ROVs are smaller less problematic … when [going into] sensitive areas, but they could still be a problem if they’re not piloted with caution.”

There’s also potential of introducing microbial organisms from one body of water to another.

He says with the help of consultants like Jaffke and McKinnie, OpenROV can help build a manual on how to be an underwater drone user. He says he wants the conversation around underwater drones to be less contentious than the one on aerial drones.

“We have the opportunity to make that different for underwater drones, we want to show this is a valuable resources and we can team  up together to make explorations more powerful,” Stackpole says.