The city of Rancho Cordova will honor a group of World War II veterans that not many people know about – the U.S. Merchant Marine.

The group of civilian mariners transported supplies and military personnel during the war. Though some saw combat, they were not considered veterans until the 1980s.

Stacey Delaney is with the city of Rancho Cordova, which hosts a yearly Memorial Day ceremony.

This year’s event will pay special recognition to the Merchant Marine.

It's estimated that 243,000 men served during World War II in the Merchant Marine. 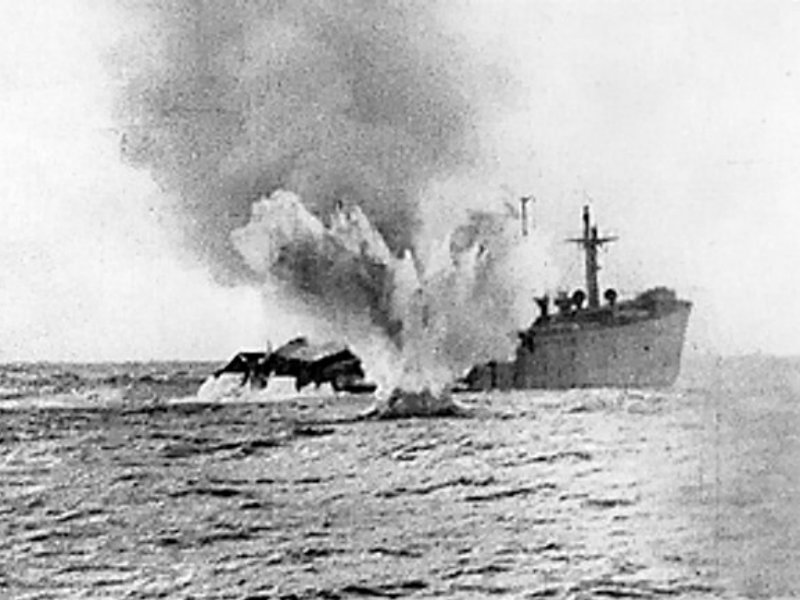 Sacramento native Bill Fairfield, 90, was one of those men. He now lives in Dixon. He was only 18 years old when he joined the Merchant Marine. The U.S. army contracted him and a crew to sail a 72-foot tugboat to Papua New Guinea. He says the task was particularly harrowing because the waters were largely uncharted at the time.

Fairfield later delivered cargo to the Philippines and was present when General Douglas MacArthur landed in Leyte. There, one of the biggest battles in the war ensued.

Fairfield says he was among those who came under fire.

"The weather was terrible, it just poured rain just about every day, that’s where we started getting some shooting," Fairfield says. "We came under air raids every night. That’s when I saw my first kamikaze, I didn’t see it hit, but the aftermath was pretty bad."

As third mate, Fairfield's job was to keep watch and ensure that crewmembers stayed safe. When he returned to California, he wanted to go back to school to become a veterinarian. But because he was considered a civilian, he had no access to the GI bill.

It wasn't until 1987 that Congress passed a bill designating mariners who served in World War II to be veterans.

Fairfield says he feels honored that the city of Rancho Cordova will be recognizing his fellow mariners.

"A lot of people don’t know anything about [it]," Fairfield says. "So, this will be an education."

Delaney says it's important to remember every one who served in the armed forces.

"That’s really the reason why we gather on Memorial Day," Delaney says. "It’s not necessarily to go barbecue and to go shopping, it’s really to recognize the ultimate sacrifice that individuals paid."

Rancho Cordova's ceremony will take place at the Sacramento VA Medical Center on Monday, May 30.