It may seem hard to believe after such a dry February, but some of California’s largest reservoirs have approached flood operations.

Lake Oroville, the largest state-operated reservoir, is 106 percent of its historical average as of March 15th. 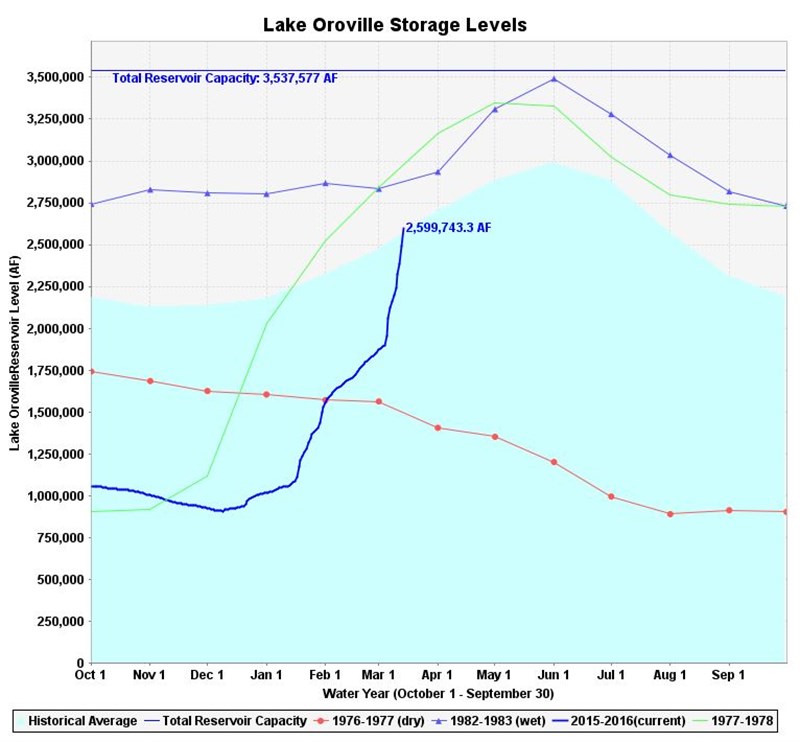 "Currently we are now above average storage to date thanks to the big inflows over the last couple of weeks," says John Leahigh, director of water operations for the State Water Project. "In fact, if we continue to get some additional precipitation this weekend, we could very well be in flood control operations."

Leahigh is calling the deluge a “Miracle March.”

“We’ve had several Miracle Marches over the decades and I think that this one, because of the way it’s dramatically changed the picture, I think I’d put it in the same category,” says Leahigh.

He says most of the snow has also fallen in higher elevations, which will mean more water later in the year. That could bode well for increasing the amount of water delivered through the State Water Project.

Federal water managers told state regulators Tuesday that Shasta Reservoir has captured a million acre feet in a two week period. They say the water level has technically encroached into flood space.
Water managers say the rain and snow does not make up for several years of drought. 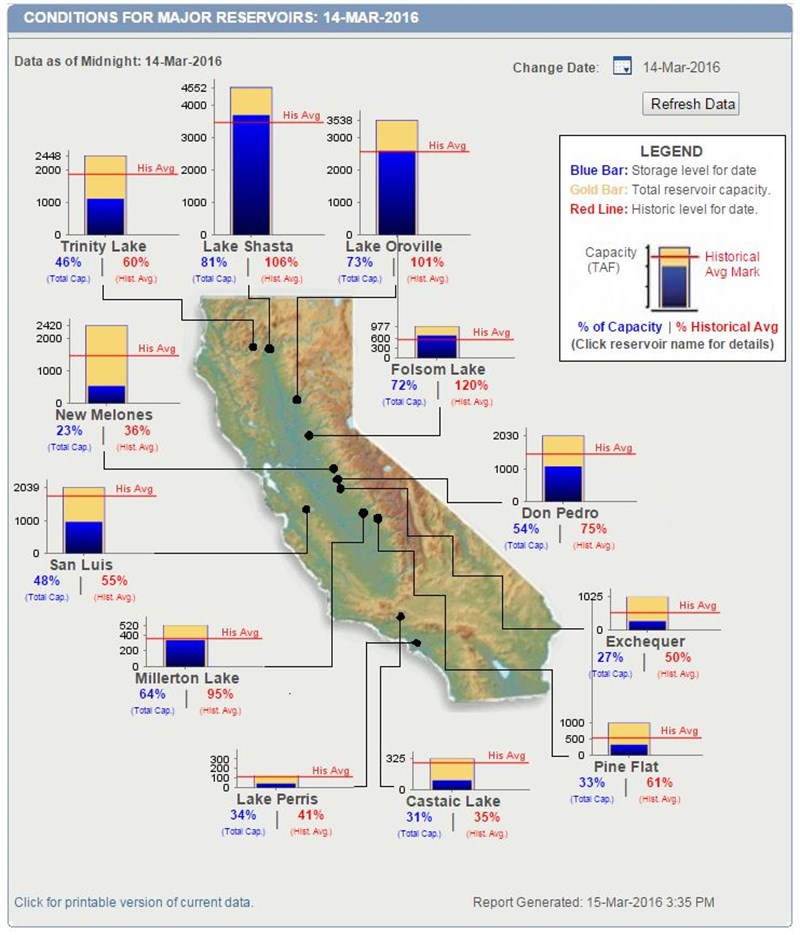