Harris announced Wednesday that she is supporting AB1731 by former Assembly Speaker Toni Atkins of San Diego. Both are Democrats.

"Human trafficking is one of the world’s most heinous and profitable criminal enterprises," she says. "This legislation will help combat human trafficking by ensuring coordination between a wide range of agencies and partners. I applaud Speaker Emeritus Atkins for fighting this abhorrent crime.”

The bill would create a permanent interagency task force led by the state Department of Justice.

Harris was San Francisco's district attorney in 2006 when she sponsored an earlier bill that outlawed sex and labor trafficking. That measure also allowed restitution for trafficking victims and created a temporary group to report on the problem in California.

Harris is now running for the U.S. Senate. She created a second temporary group in 2012 to update the earlier report and make recommendations that led to previous legislation. 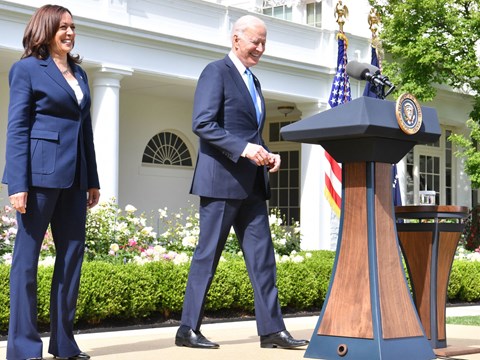