The board of the Metropolitan Water District of Southern California has voted to enter into a contract to buy 20,000 acres of land in the Sacramento-San Joaquin Delta.

The Metropolitan Water District is the largest water wholesaler in the state. It wants to buy four islands in the center of the Sacramento-San Joaquin Delta, and a a portion of a fifth island. 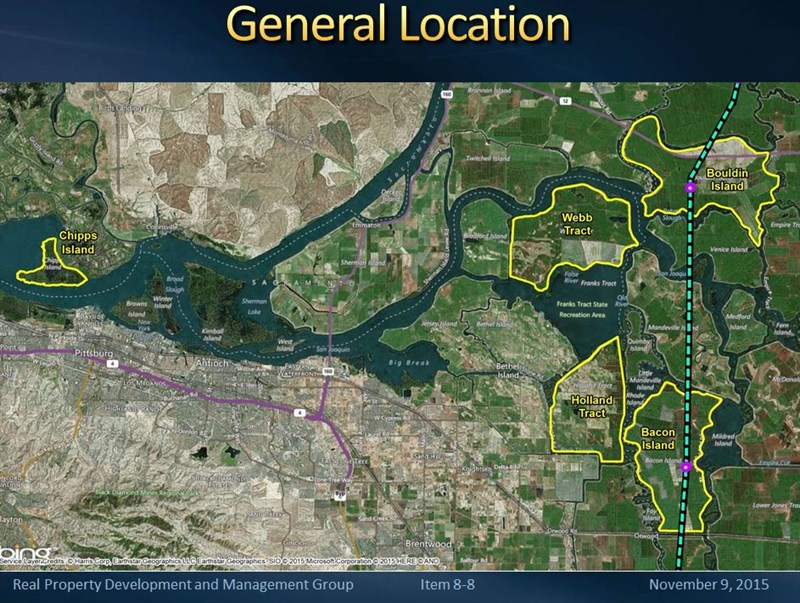 Some of the land is also in the path of two tunnels Governor Jerry Brown wants to build to carry water to southern California. MWD doesn’t deny owning the land would help the project.

“Should a California WaterFix project that the Governor’s administration is pursuing go forward, we believe this land could be beneficial to that,” says Jeffrey Kightlinger, general manager with MWD.

Kightlinger also says should an earthquake in the Delta shut down the state’s water supply, owning the land would help get it back up and running.  MWD also says it wants to restore habitat to improve water quality.

Delta residents say it’s a “water grab” that will clear the way for the tunnels.

“I don’t buy their argument that they only want to restore habitat. They’re anxiously moving forward with promoting California WaterFix. They are at the water board helping push through the projects,” says Barbara Barrigan-Parilla with the advocacy group Restore the Delta.

Delta Wetland Properties currently owns the land. The deal could cost around $200 million.
Follow us for more stories like this