California is dismissed or embraced across the country as a liberal stronghold, but in Los Angeles County, Republicans outnumber Democrats in several locations, among them: Santa Clarita.

Increasingly, though, Santa Clarita is transforming into a blue city as population growth and its annexation of unincorporated areas change the character of this majority white, well-off community.

For some residents, like those in Santa Clarita Republican Women Federated, the largest GOP women's club in the city, these days of transition come with worries. At a recent monthly meeting in a Marie Callender's restaurant outside the city's Six Flags Magic Mountain amusement park, some club members recently discussed their top concerns — growing homelessness, more liberal gun laws and a loss of traditional American values. 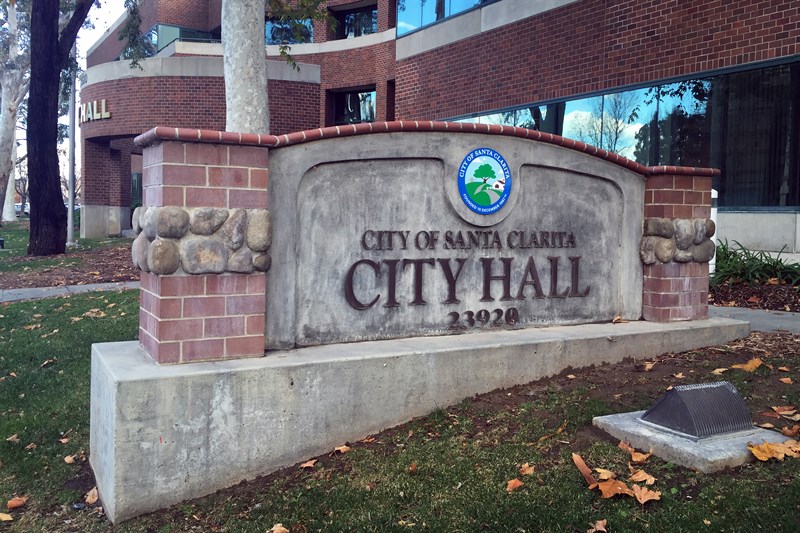 Santa Clarita voters will get to vote on City Council races in November as a result of a Voter Rights Act lawsuit settlement. Mary Plummer /KPCC

"All we can do as an individual is do our best and then turn the rest over to God. Let him do the rest of the work," said Maggie Aquaro, 73, a Santa Clarita resident for over a decade.

Located about 35 miles north of Los Angeles, the city is one of about 15 out of 88 in Los Angeles County with more registered Republicans than Democrats. But there's a political shift underway as the area's population expands. Santa Clarita has been in a growth spurt since the city's 1987 incorporation. With the unincorporated areas it absorbed in recent decades, Santa Clarita has a population of about 213,000, nearly double the city's size in 1990. 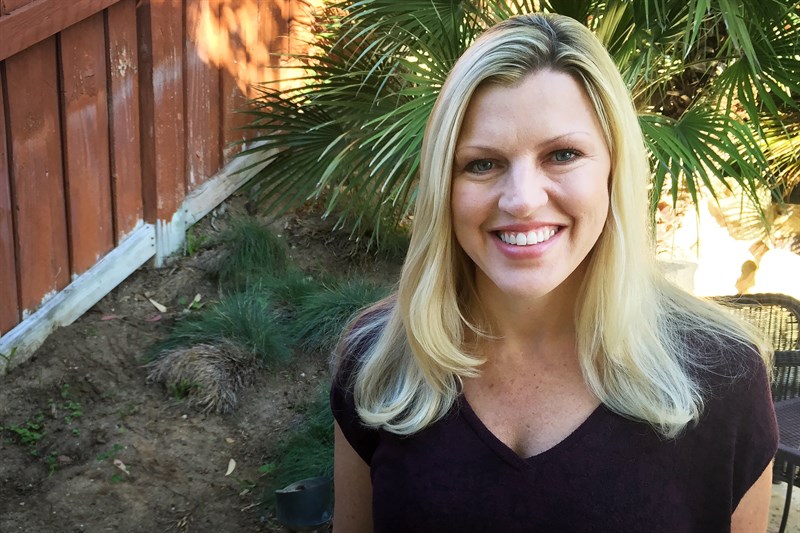 Lena Smyth is a political science professor at College of the Canyons and a longtime resident of Santa Clarita. Mary Plummer / KPCC

"We’ve watched the community really expand, kind of in two ways," said Lena Smyth, a political science professor at Santa Clarita's College of the Canyons and a longtime resident. "We have people who are moving here with their families who want, you know, the more affordable house, the better schools. And then you also have just the city itself has grown and has expanded its borders and annexed other unincorporated areas of L.A. County."

As the city has grown, so too have the ranks of Democrats. Republicans here outnumber Democrats 43,774 to 37,273, according to a recent Secretary of State report on voter registrations released last week. But the Democrats' general election registrations are up 52 percent between 2000 and 2014, well over the 21 percent growth for the Republican Party for the same period.

If the trend holds, registered Democrats could soon overtake Republicans in their size. And here's another change that could pose a challenge to both parties: a growing number of registered voters are declaring that they have no party preference. About 25,000 fall into this category in Santa Clarita based on the latest voter registration report, and that is more than triple the number two decades ago. 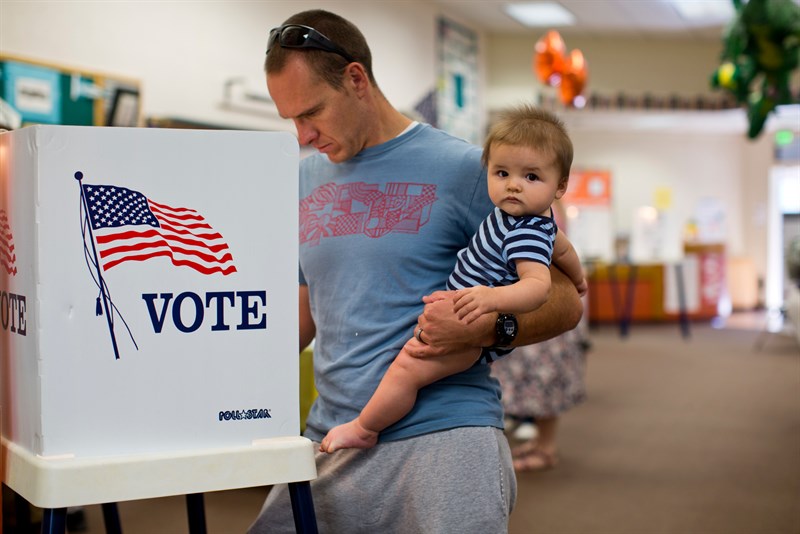 Lilian Bonilla, a community college student who lives and goes to school in Santa Clarita, said she's definitely voting for president. She’s just doesn’t know who that will be yet, or even if it’ll be a Democrat or Republican. Her family bounced around Los Angeles County looking for an ideal place to live before they landed here after moving from Palmdale about eight years ago. They now reside in a gated community.

"You vote for somebody because they’re either going to help, you know, the category you’re in, or they’re gonna better you," she said. "I’m just listening to see what everybody has to offer."

Education is one of her top issues in this year's election. She’d like to see K-12 schools in the area improved.

"I feel like I would vote for whoever is meeting my needs," she said.

We hear a different story when we meet April Young outside Santa Clarita Lanes bowling alley, where she had just finished up a game and pizza with her grandkids. The economy and jobs are the issues that Young said are concerning her the most.

By that she means, "being able to get a job that pays enough to pay the rent or pay the house payment or get the car insurance or whatever, feed your family," she said. 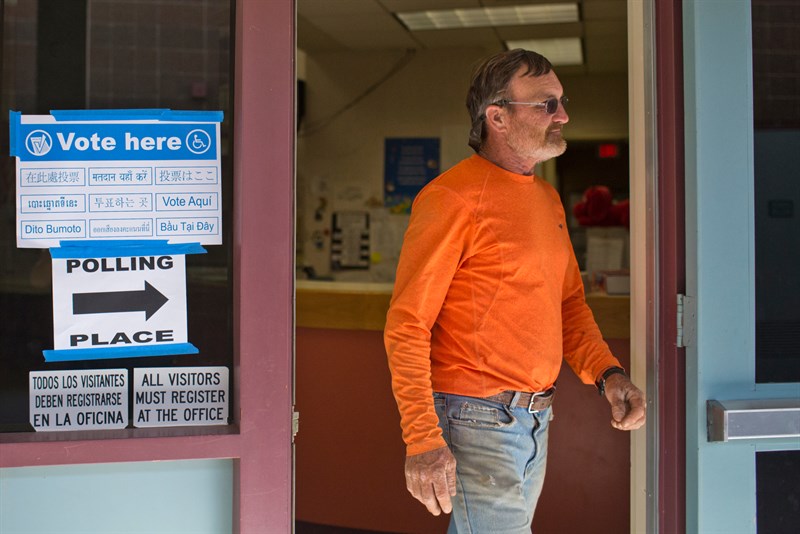 Young is also a Republican and an active voter. But unlike many of the GOP women in the Republican club, Young is still working. She’s an aide at a local school district, and said Santa Clarita isn’t producing enough well-paying jobs.

"You can work at Foster’s Freeze or you can work at the bowling alley, but that’s obviously not enough to survive on," she said. The median household income here is about $81,500, far higher than California's average. Still, earnings haven’t recovered enough to reach pre-recession levels. That’s a particular concern for young people just entering the job market, but also for Santa Clarita’s growing minority population, a majority of them Latinos.

This November, when Santa Clarita voters participate in the presidential election, they'll also have other key choices to make. Due to a recent Voting Rights Act lawsuit claiming the votes of Latinos were being diluted in the city's election, a legal settlement in the case is moving Santa Clarita’s City Council balloting from April to November.

The change is expected to drastically impact the dynamics of the City Council race by drawing in many more voters. In the general presidential election in November 2012, the turnout was 78 percent. During the most recent city election in April 2014, just 14 percent of registered voters cast a ballot.

Smyth said the date change will diminish the power of a small group of city voters who have been active in City Hall elections. Even her husband, a former Santa Clarita mayor and councilman, is considering a run for council again.

"You're going to have a massive increase in voter turnout for a local election, which we've never seen in Santa Clarita before," she said. "Typically a City Council member has been able to get elected with anywhere from 5,000 to 7,000 votes. So now we have a whole different ballgame." 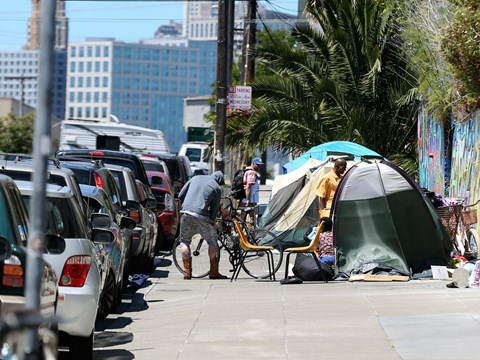 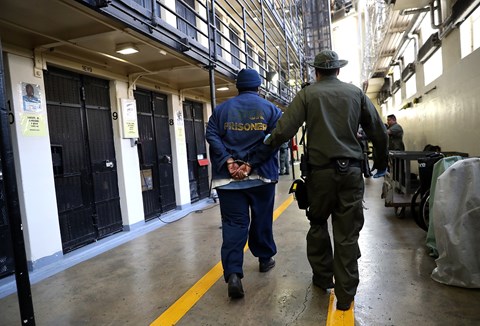 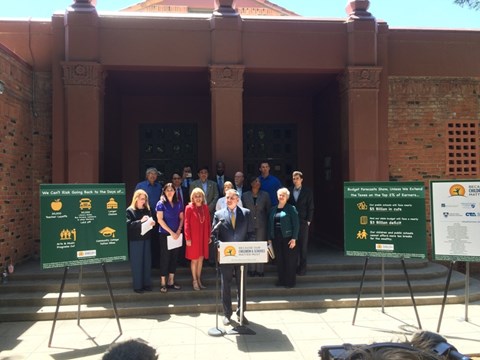