"Events like this happen elsewhere, but not at UC Merced, which may be still small in student body but large in its sense of community — yet, it has happened," she said. "As shocking and troubling as today’s act of violence is, I am thankful the incident was quickly brought under control by campus police under the leadership of Assistant Police Chief Chou Her and that the injuries to the victims do not appear to be life-threatening."

Sheriff Vern Warnke says assailant will not be identified until family is notified. pic.twitter.com/fhlNRy72hh

3:24 p.m. Four people are recovering from stab wounds sustained in an attack on the U.C. Merced campus Wednesday morning. The attacker, who was a student, was shot and killed by campus police.

The victims included two students, a staff  member and a vendor.

U.C. Merced Director of News James Leonard says the campus has been one of the safest in the U.C. system with only six crimes reported last year.

"We always know it's a possibility, always in the back of your mind but there's a feeling of safety on campus I think. We will certainly recover from this but right now it's a bit of a shock. Incidents like this are obviously tragic and our thoughts are with the victims and their families and it's just a tough time for us right now," says Leonard.

U. C. Merced is closed through Thursday and all campus events have been canceled.

2:05 p.m.  University of California, Merced officials say two students, one staff member and one vendor were stabbed on campus Wednesday.

The attack happened just after 8 a.m. in front of the Classroom And Office Building in the middle of the campus. 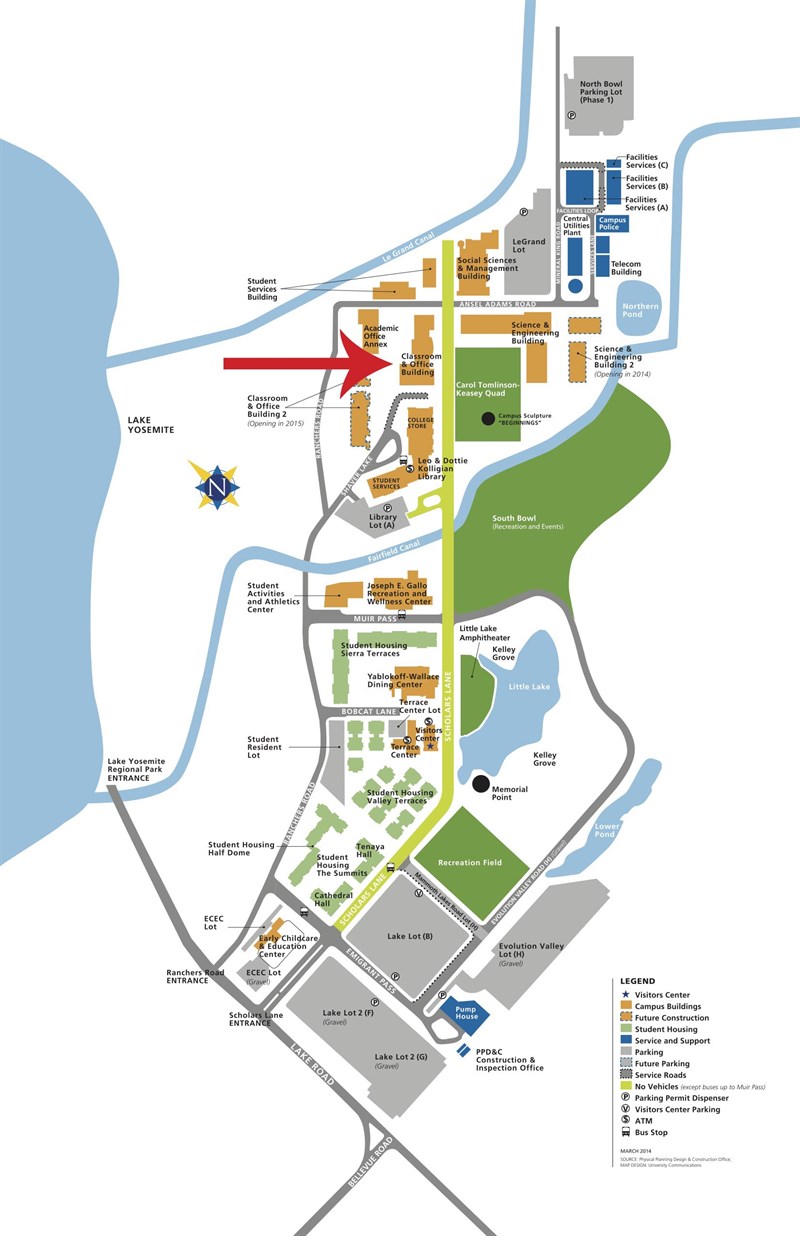 The red arrow above shows the location of the Classroom And Office Building.

Director of News for U.C. Merced James Leonard says some of the victims were airlifted by helicopter to a hospital and others were treated at the school. All of the victims are expected to recover.

Leonard says the attacker, who was described as a male student, was shot and killed by university police.

He says the campus has been one of the safest in the U.C. system with only six crimes reported last year.

"We always know it's a possibility, always in the back of your mind but there's a feeling of safety on campus I think," he says. "We will certainly recover from this but right now it's a bit of a shock. Incidents like this are obviously tragic and our thoughts are with the victims and their families and it's just a tough time for us right now."

The campus was locked down for a time and classes have been cancelled for the day. Campus will remain closed Thursday.

Grief counselors were made available for both students and employees.

University officials will hold a press conference at 4 p.m.

Update: We will attempt to broadcast 4 p.m. press conference via #Periscope. Download app to watch live.

Update: Closed campus means no classes and no events. Do not come to campus tomorrow.

*Note: The number of victims has been changed based on updates from UC Merced officials.

9:46 a.m. - (AP) - Authorities say a suspect stabbed five people on the University of California, Merced campus before police shot and killed him.

University spokeswoman Lorena Anderson said Tuesday that two of the victims were taken by helicopter to hospitals for treatment. She said the three other victims were treated locally.

Anderson says the school remains on lockdown and classes have been canceled for the day.

The school is located about 120 miles south of Sacramento.

It is unclear if suspect was a student and officials have not revealed the motive and or circumstances of the incident.

Police are encouraging people to avoid going to the campus. Officials will provide updates on the university's emergency website. Counseling will be available to students at 209-228-4266, through the college's Counseling & Psychological Services.

Assembly Republican Leader Kristin Olsen, of Modesto, released the following statement in the wake of the stabbing:

"Today’s shocking acts of violence are a parent’s worst nightmare come true.  Californians stand united with the victims of this senseless tragedy and the entire UC Merced community. I offer my thoughts and prayers to those who were injured and those on campus who will forever have memories of this horrific violent act.  Thank God the victims survived the attack.

State government must ensure that our college campuses provide a safe learning environment for every student, faculty member, staff, and administrator.  I will ensure the Legislature supports UC Merced with the resources needed to respond and recover from these unthinkable acts. Merced is home to a strong and caring community. Together, we will heal and work to prevent these acts in the future."

CORRECTION: Not all 5 victims are students. Awaiting further information.

Update: Counseling and Psychological Services is available to students affected by today's events. (209) 228-4266 or [email protected]

Update 2 of 2: If you need transportation to leave campus, CatTracks buses are at the corner of Mammoth and Ranchers roads.

Original Post: UC Merced officials say five people have been stabbed on campus, prompting a lockdown and classes to be canceled.

The stabbing was first reported at 8 a.m. and took place in front of the Classroom and Office Building. In a tweet, university officials say the suspect has been shot and killed by campus police.

Campus is now closed and classes have been canceled for the day.

Officials say five students were stabbed, two were transported via medical helicopter to area hospitals and the remaining three were treated on campus.

Update: 5 students stabbed; 2 sent out via medical helicopter; 3 treated on campus. All conscious.

Update: Classes canceled. Campus closed. Stay where you are. Campus entrances are backed up. #ICYMI

Update: Campus is closed. Classes are canceled. Do not come to campus. #ICYMI

Update: The Provost has canceled classes. Do not come to campus.

Update: Campus is locked down. Do not come to campus. If you're on campus, stay where you are.

Though there is no active danger, getting on and off campus is difficult. Please stay where you are.