Listen
/
Update RequiredTo play audio, update browser or Flash plugin.
Biologists from the U.S. Forest Service are moving thousands of Western Pearl Mussels in the Tahoe Basin.
Forest Service Biologists like Erin Miller wear wetsuits, flippers and goggles in the cold waters of the Truckee River near the South Lake Tahoe Airport.
"At first glance, if you look in the stream, they're hard to identify, but once you see one, you'll end up seeing a lot. They mostly look like rocks, but you can spot them by their siphons which is where they breathe in and then also excrete waste." 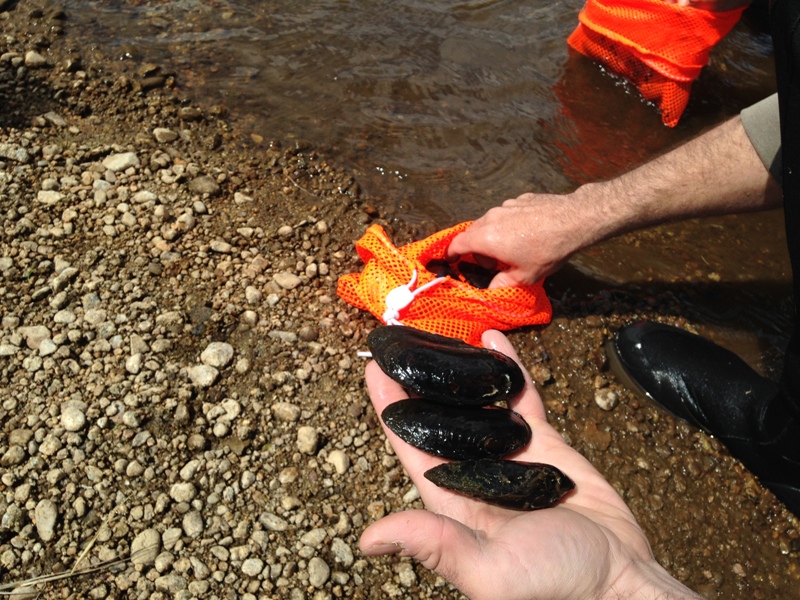 Based on a previous "snorkel survey" biologists think there are 12,000 "Western Pearl Shell" mussels that they will move to other parts of the river and to creeks in the Tahoe Basin. Miller says she and her co-workers find more mussels than expected every day, especially in deep or shady parts of the river that hindered the biologists' views previously.
They mussles are being moved this year and next because their current home will be filled in with dirt.
The U.S. Forest Service is building 7,340 feet of new river channel, lined with rock and gravel. 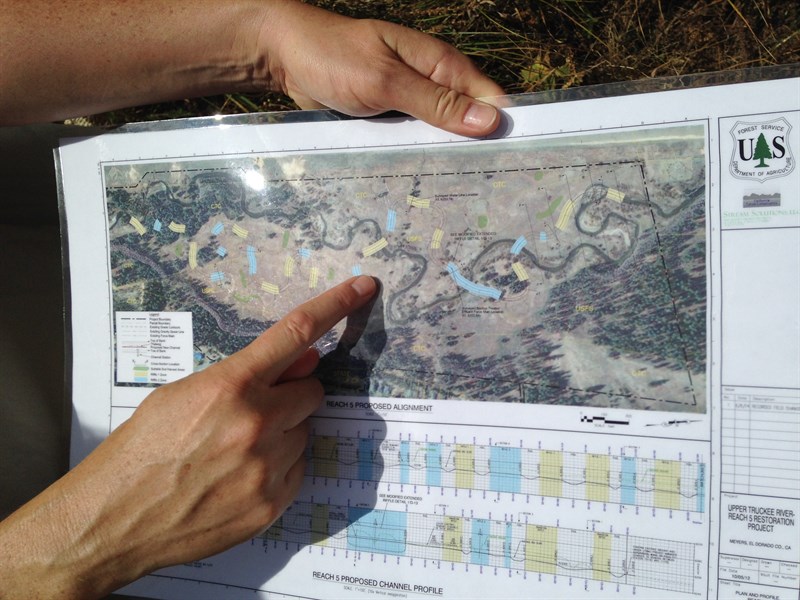 Theresa Cody is a Forest Service hydrologist. She says the new channel will allow the river to provide the habitat it did 50 years ago before it was straightened during construction of the airport. 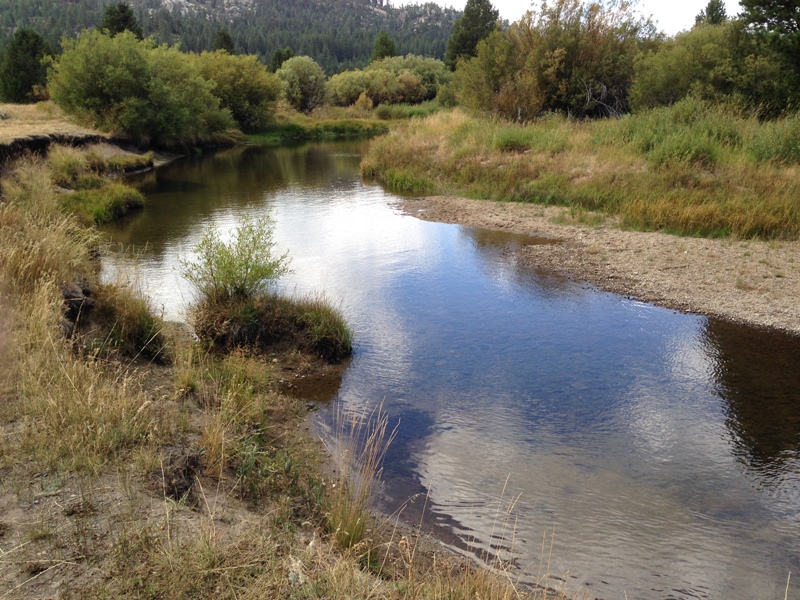 "You look out here and you see all the conifer encroachment happening. So the meadow itself is drying out.  Because the river is so wide and deep, it provides pretty poor aquatic habitat for fish and mussels. Even though we do see the mussel population here, we anticipate the new river channel will provide improved habitat for aquatic species." 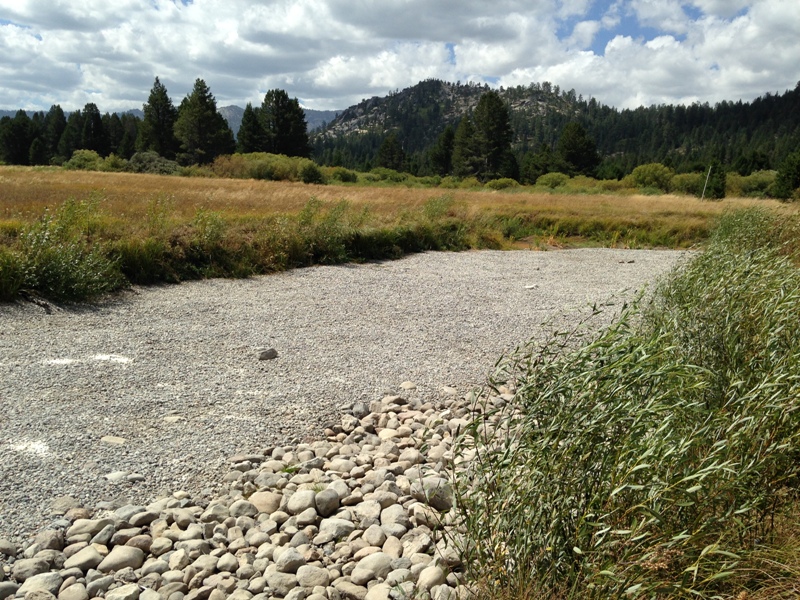 The new channel is expected to reduce the river flow rate by more than half.

Miller says appropriate river flows make for a good home for the mussels.
"They need to be in the appropriate gravels. Can't be in anything that's too rocky and can't be in anything that's too silty or too sandy. Velocity or the speed of the water is another one. You don't want them to get ripped out of the substrate too easily."
Before the Forest Service decided where to move the mussels, it conducted a lengthy study. The City of South Lake Tahoe relocated 4,000 mussels four years ago and 75-percent of them died.
Mussels can live to be 100.
To create the channel, crews must remove 55,000 yards of dirt and store it away from the watershed to keep sediment out of Lake Tahoe. 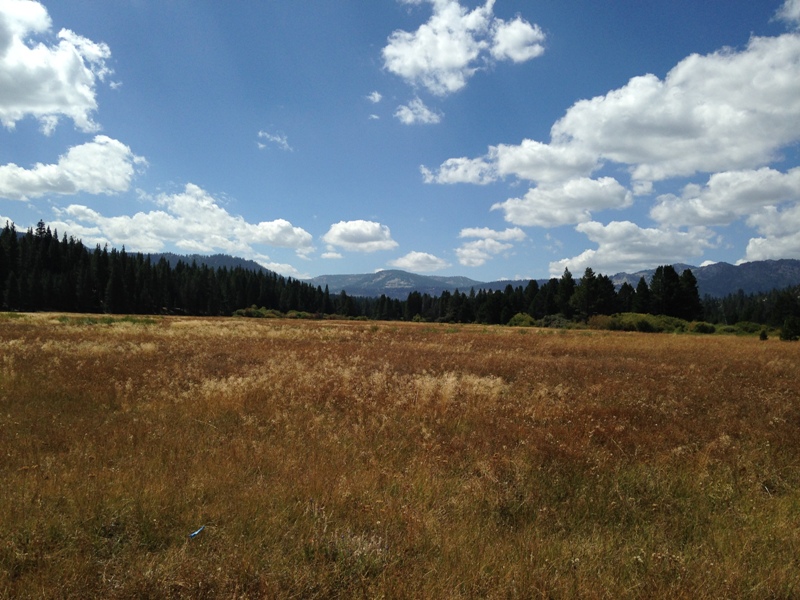 The Truckee River is part of the lake's largest watershed.
This is the third and final project of its kind to be undertaken by the Forest Service in the last decade in the Tahoe Basin.
The relocation project is expected to cost about $6.5 million. 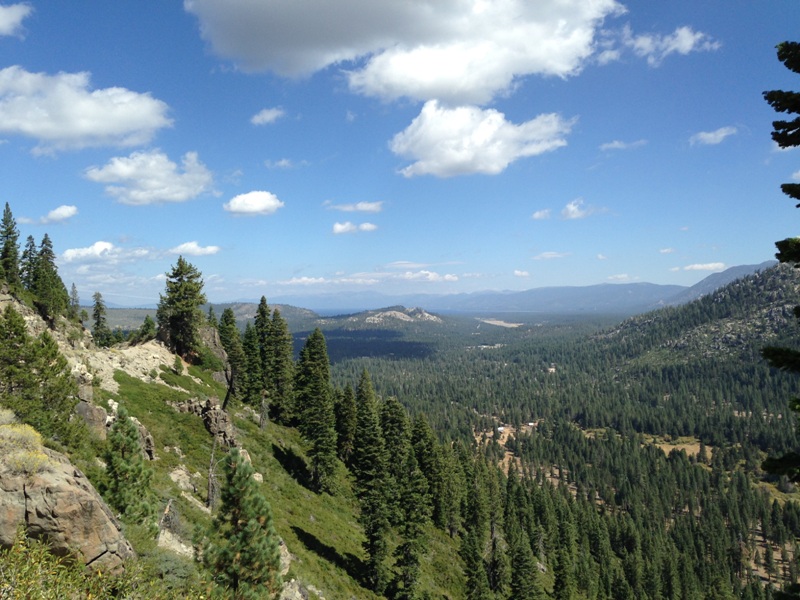