Listen
/
Update RequiredTo play audio, update browser or Flash plugin.
California's own forestry regulations may be part of what helps fuel wildfires. Researchers know that pine trees planted like rows of corn make wildfires worse.
But there may be a way to prevent plantations from being incinerated when the inevitable fire occurs.

Rob York walks through an experimental forest near Georgetown in the Sierra Nevada.   He’s with UC Berkeley’s Blodgett Forest Research Station and studies all the different ways to manage forests, from doing nothing to logging everything. This stand is choked with trees.

“We have not done anything except for suppress fire here," says York. "I think of this as a site that’s fully stocked, 100 percent fully stocked, we can’t go much higher than this.” 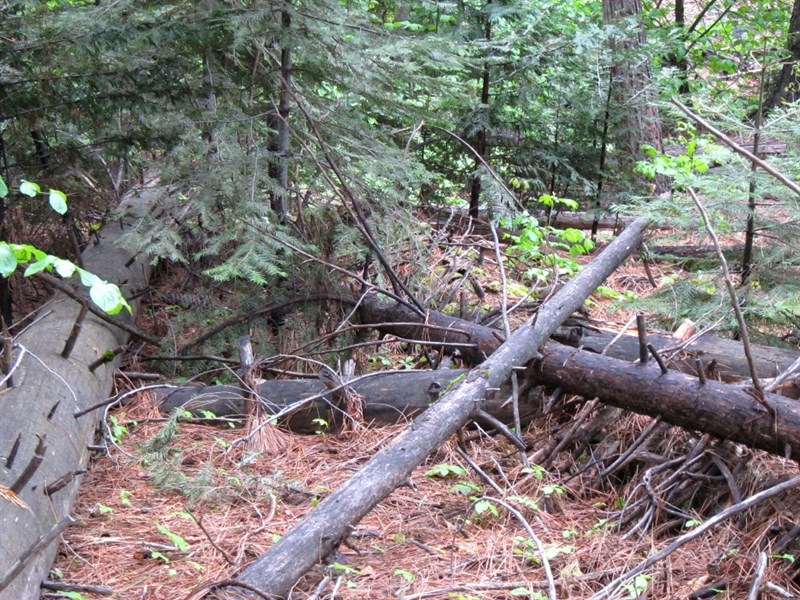 A natural forest would never be this dense.  Instead here, there are about 300 trees per acre - large ones. And lots of logs, leaves and other debris on the ground.  Most Sierra Nevada forests look like this experimental forest -  and that’s not good at all.

“I would say we have a high risk of this forest having very high mortality when the next fire does occur,” says York.

Just a few miles away Rich Wade with Sierra Pacific Industries stands near a creek in the middle of a huge swath of black dead trees.

“We have about 200 million board feet here that has been burned to the degree that you see it’s..everything is dead,” says Wade.

All in all he says more than 23,000 acres of timber plantations burned here in the King Fire.

The dead trees will be logged and the forest replanted. Wade says the company will follow California forestry rules that require a minimum of 300 trees per acre.

“That’s about trees every 13 feet more or less, so that would be about five and a half to six million trees that will be planted over the course of the next few years,” says Wade.

But here’s the thing - that many trees regularly spaced is part of the problem. 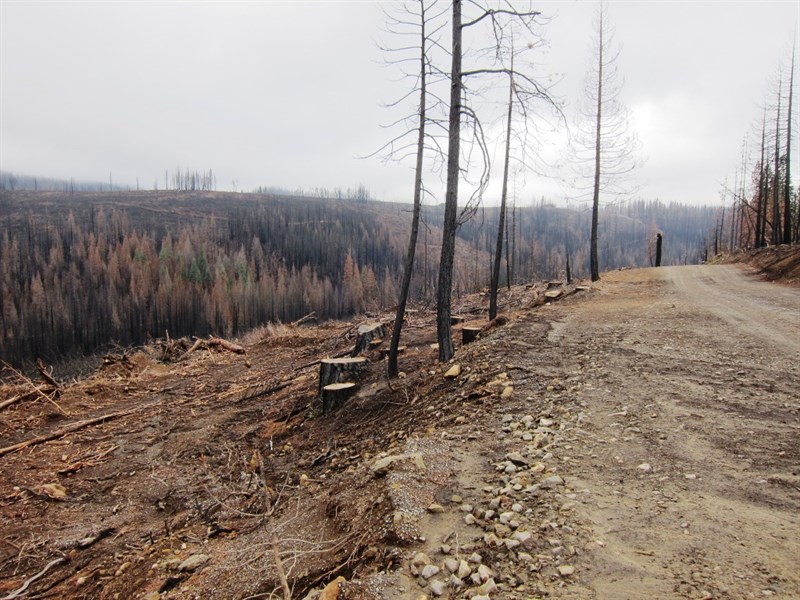 “I think that’s a potentially dangerous situation,” says Malcolm North, an ecologist with the US Forest Service Pacific Southwest Research Station.  Not all of those trees are expected to survive. But even so, North says it's still too many.

“You’re carrying way more tree density than we ever would have historically in these forests that had frequent fire in them.”

North says the Rim Fire and the King Fire showed just how flammable timber plantations can be, especially when they’re young. As the densely packed trees grow the branches can interlock.

“With the branches interlocking between the trees if you do get fire into the tree, which is still pretty likely, it just spreads like gasoline, because it’s just going from one tree, to another, to another because they’re all interlocked and connected,” says North.

So is spacing trees wider apart the answer?  Not necessarily.

“If you space the trees further apart, then there’s a lot of sunlight that gets down to the ground and the shrubs actually are better adapted to grow really fast,” says North.

The shrubs will outcompete the trees. On top of that, fast-growing shrubs provide easy fuel for wildfires.

So is what is the answer?  That’s what scientists at Blodgett Forest Research station are studying. Rob York takes me to another experimental forest, a stand that was clear cut 30 years ago. 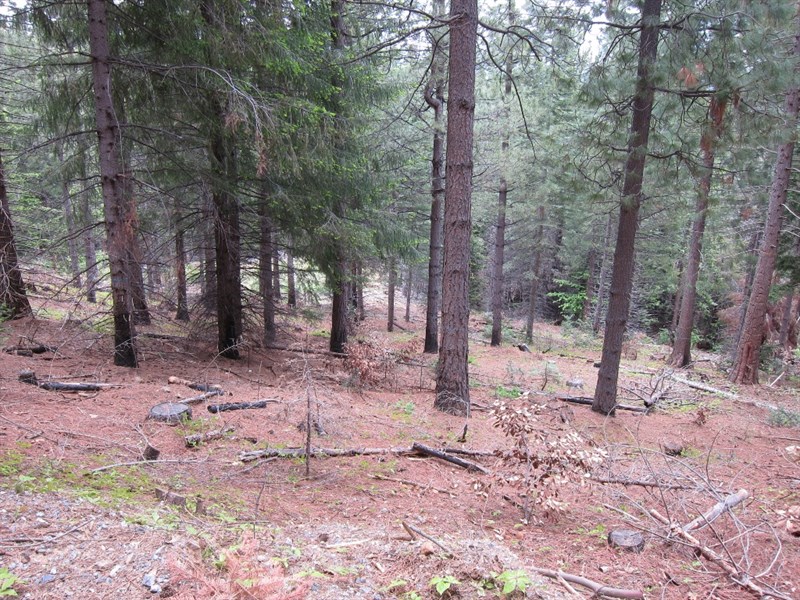 This stand has a higher mix of tree species. Some of the trees are thinned early on and any debris from thinning is removed from the forest floor.

"We've managed it to reduce the amount of ladder fuels, so we don't have a lot of smaller trees or mid-sized trees that have the potential to carry fire up into the canopy," says York.

There is one other key component. York conducted a prescribed burn here. It's something most commercial timber plantations have traditionally resisted.

“If we hadn’t done that prescribed burn, the potential fire hazard would have been greater than it is now," says York.  "If we get a wildfire between now and the next time we do our commercial thin. It’s likely that’s it’s going to be a low severity fire and I’m not going to lose all that value that I’ve invested in.” 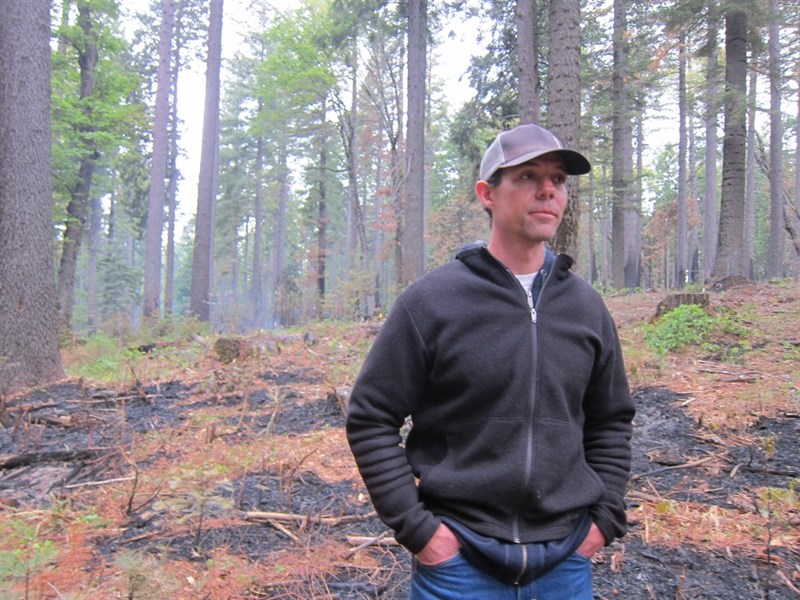 Rob York with UC Berkeley's Blodgett Forest Research Station stands in a forest that has had several prescribed burns.  Amy Quinton / Capital Public Radio.
York says prescribed burning can be costly – and there’s a risk the fire will escape onto another landowner’s property. Bottom line, he says investing in forest health has to become a higher priority. Otherwise California will continue to see more severe wildfires on both private and public lands.
Follow us for more stories like this