Blog: Turning An Environment Reporter Into A Scientist

I recently received a Logan Science Journalism Program Fellowship at the Marine Biological Lab in Woods Hole, MA. Before its recent affiliation with the University of Chicago, the MBL was the oldest independent marine biological laboratory in the country, founded in 1888. Since 1929, 56 Nobel Prize winners have worked with the lab as faculty, students or research scientists.

Despite its name, it is not a research facility for marine biologists.  The MBL focuses on ecosystems research, molecular biology and evolution, and regenerative biology and tissue engineering. I was honored to be one of eight environmental journalism fellows from across the nation. 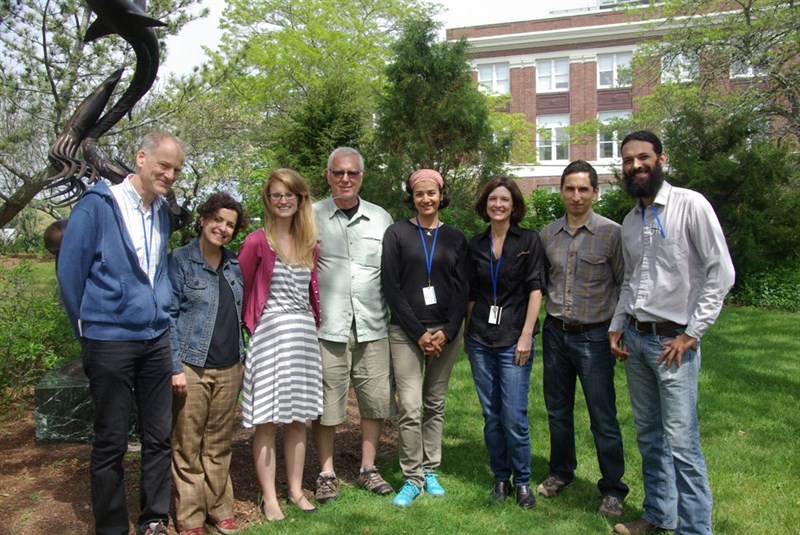 The Logan Science Journalism Program gives science journalists a better understanding of what scientists do.  Our job wasn’t to write a story, but to be a scientist.  We were to conduct our own field and laboratory experiments. At the end of the fellowship, we had to give a presentation to MBL scientists and staff on our research, complete with hypothesis and conclusions.

Our research began on a coastal salt marsh about an hour north of Boston near Plum Island, Massachusetts. I have to admit the location is exactly what attracted me to the program. It’s beautiful. Who wouldn’t want to spend the day doing this? 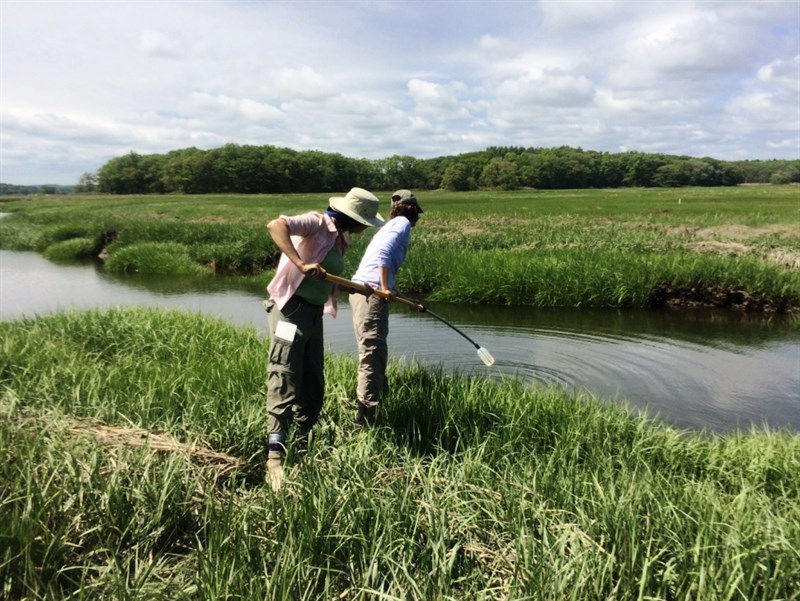 Why here? A majority of the world’s human population lives in coastal areas. Salt marshes are enormously beneficial to the environment.  They protect us from hurricanes and storm surges. They are incredibly biodiverse, serving as nurseries for many species including crab and other shellfish. Salt marshes are also great at soaking up excess nitrogen from sewage and fertilizer. But as fertilizer use increases to feed an expanding population, salt marshes will inevitably receive more nitrogen. So what impact is it having?

MBL ecologist Linda Deegan began testing nitrogen’s effect on the salt marshes near Plum Island 12 years ago. She’s intentionally added excess nutrients, in the form of fertilizer, on a watershed scale to see what happens to the marsh. (Yes, the EPA gave her permission and a permit to do this.) She found that cordgrass (S. alternaflora) grew fast and tall above ground, but the plants developed fewer roots. The roots help stabilize marsh and creek banks. Instead of looking like the creek in the picture above, the creek banks began to fall apart like the one below. Deegan’s research, published in the journal Nature in 2012, suggests that we could lose our salt marshes. 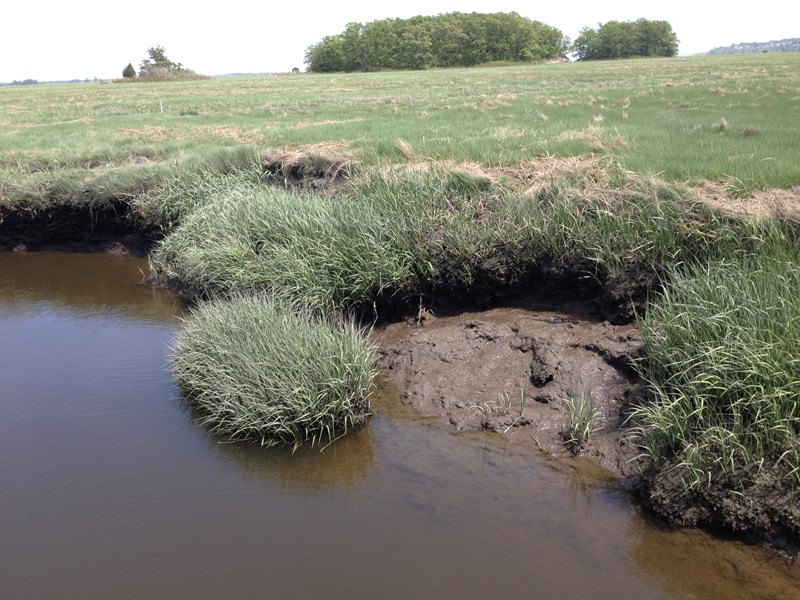 Banks of Sweeney Creek that are collapsing due to excess nitrogen in the salt marsh. Photo: Amy Quinton / Capital Public Radio

Our goal was to repeat part of her research, with our own hands-on experiment. I thought this would be a rather simple exercise. Stand outside in good weather, grab some water samples, pop them into some sort of machine in a lab that analyzes them and spits out results. Simple, right? I don’t think I’ve ever been so completely naive. 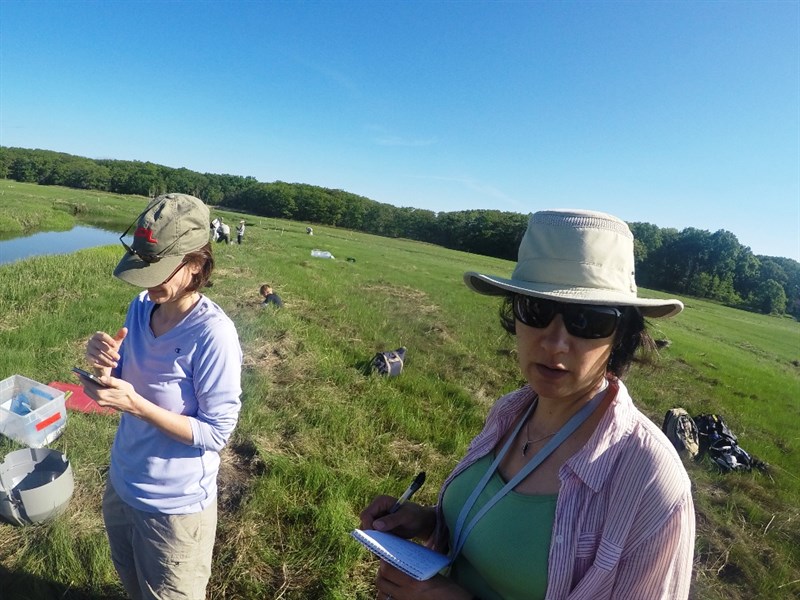 Getting journalists to be scientists isn’t simple and I’m extraordinarily grateful to the scientists who served as our teachers. On the very first day for example, I seemed confused as to whether I should be doing science or tweeting every activity.

Then there was this. 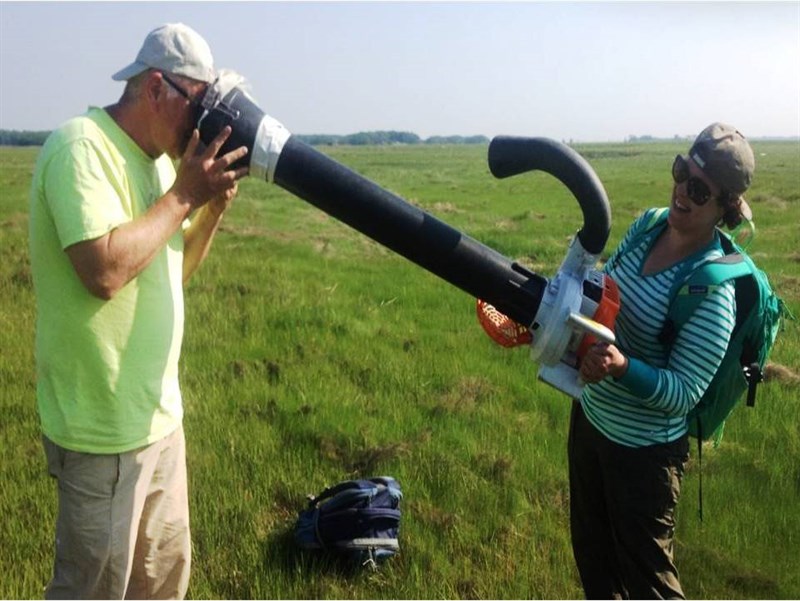 That guy on the left is NPR’s science correspondent, Christopher Joyce, taking science very seriously. We all eventually became “journalists doing real science” (my tweet). I ended up spending four days in the lab analyzing samples of ammonium and nitrate and doing math that looked like this. 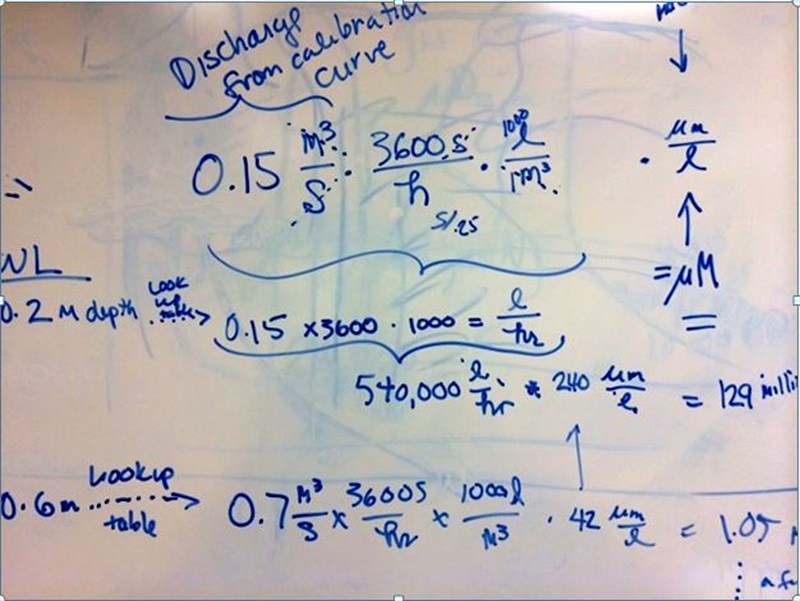 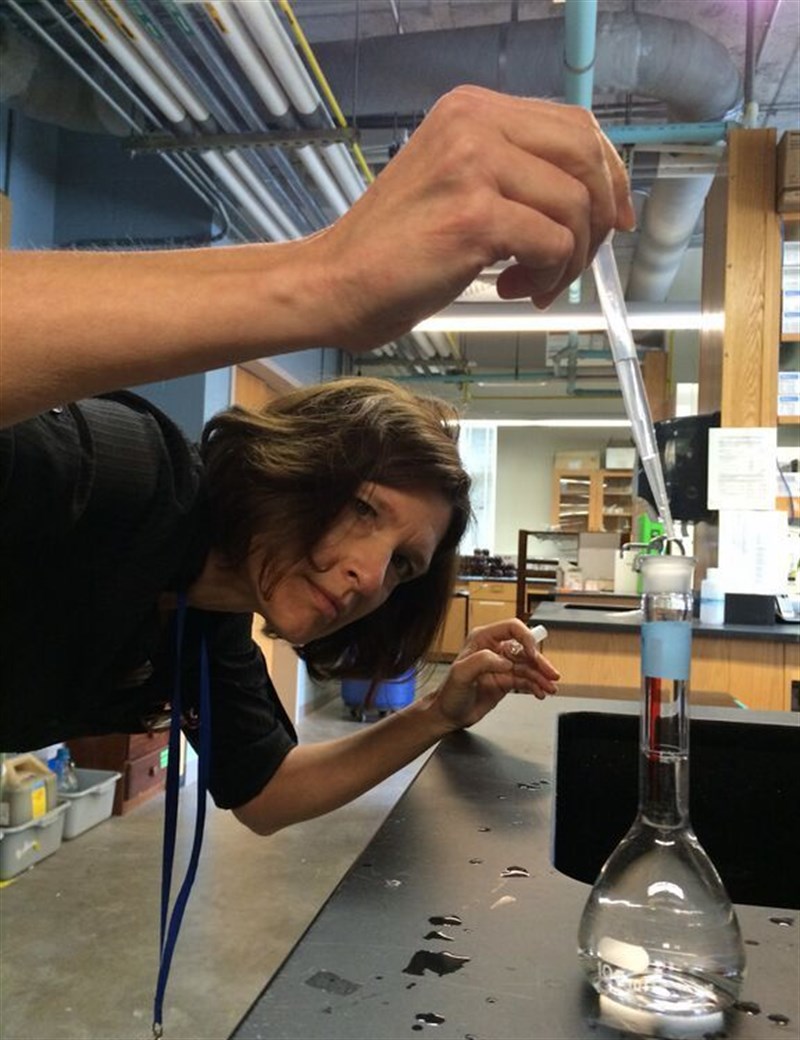 All to find out that our hypothesis was wrong, or at least partially incorrect. One of our conclusions was what most scientists tell me when I try to write stories about their field: more study is needed.

While the environmental fellows focused on nitrogen in salt marshes, we also had the opportunity to learn about other research conducted at the MBL. The Marine Resources Department – which is part of the MBL- provides ocean creatures essential to studies in genetics and cell biology. We went out on a boat for a five-minute dredge in the coastal waters off Woods Hole. The following video shows the creatures we found (all of them safely returned to the waters).