Governor Brown sold his plan to build two tunnels in the Delta with the promise that habitat would be restored. The number most commonly mentioned was 100,000 acres. Brown says that was just an “idea” with no way to pay for it. He now proposes 30,000 acres.

“People have been talking about this for decades. Nobody has done anything," says Brown. "So people are saying, ‘well gee you didn’t do the whole 100,000.’ Hey, it’s been zero for a long time and the needs are getting greater. The fish are being depleted. So we’re doing a hell of a lot,” says Brown. 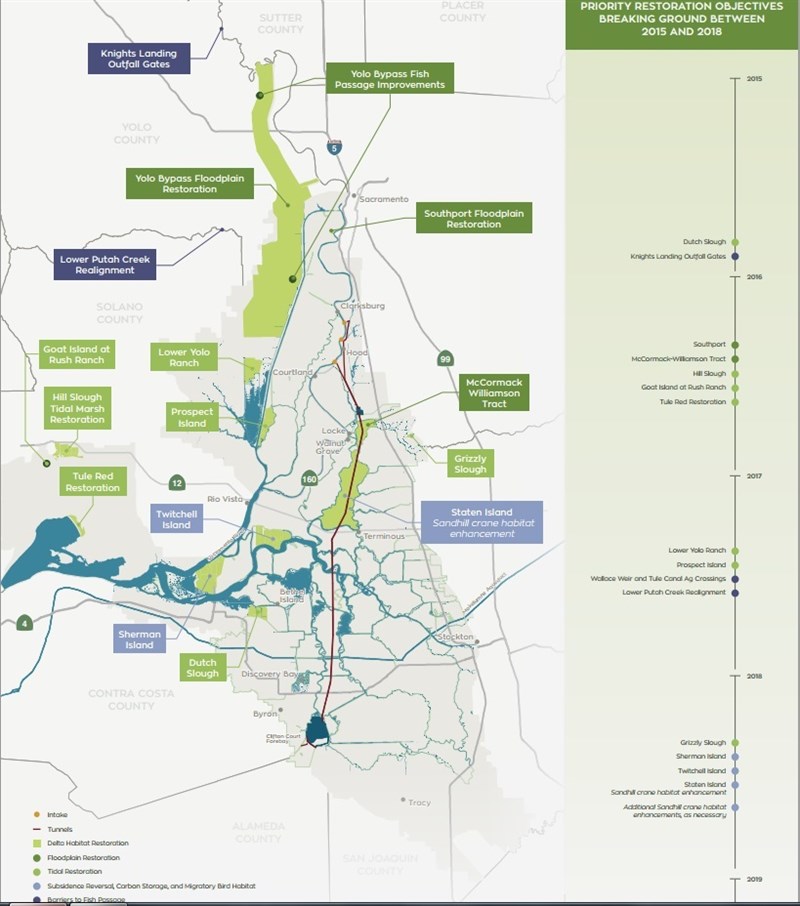 But some environmental groups and people who live in the Delta say Brown broke his promise by scaling back the habitat restoration by two-thirds.

“I see that as being terribly disappointing," says Kathryn Phillips  with the Sierra Club. “Because not only are they reducing the acreage, the governor is continuing to pursue a gigantic construction project that will bisect habitat,” says Phillips.