Campaigning For Urban Agriculture In The Farm to Fork Capital

Paul Trudeau unlocks a gate that leads to a small backyard greenhouse in the Southside neighborhood of Sacramento. It’s no ordinary greenhouse. Inside a tank holds several fish that he’s using to grow food. The process is called aquaponics.

“The fish exhale ammonia through their gills, and then different beneficial bacteria in the system convert that to nitrate,” says Trudeau.

Nitrate makes great plant food. Trudeau says water from the fish tank circulates to the plants that sit in the water.

“I’ve got a few different kinds of lettuce. This is Mibuna which is a Japanese mustard green kind of thing, some red Russian kale, some chard and collard greens.” 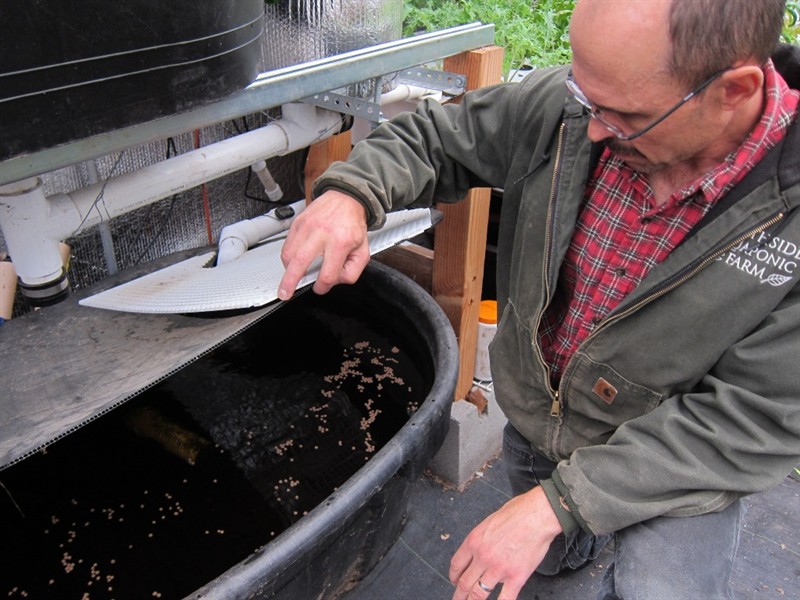 Trudeau had a business license to sell the food to restaurants, but he wanted to expand. He found an oddly-shaped commercial lot in a blighted area and found an owner willing to let him put a greenhouse on it. But then he ran into trouble.

“I went to the city though to check it out, like 'what would I have to do' and they were like, 'Well raising food, that’s not a permitted use in the commercial zone or residential zone,'" says Trudeau. "So I kind of got stopped in my tracks there.”

“That’s what’s called Euclidian zoning.” says Sacramento City Council member Steve Hanson. “That came about a long time ago where we said you should grow in one place, you should live in another, you should work in a third and you do industrial in a fourth.”

“There’s a whole city process that we didn’t know about before going into it called the Draft Ordinance Review Committee or DORC," says Read. "It’s seriously what they call it. So anything that’s coming up in this way has to go through the DORC process.”

It’s also when city attorneys get involved. Read says he has a flow chart describing the approval process. 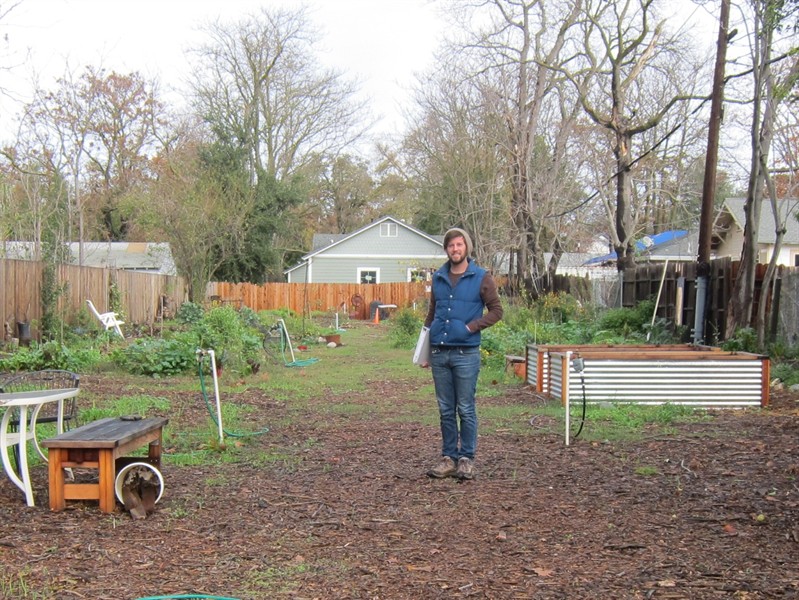 Read is involved with the Oak Park Sol Community Gardens in Central Oak Park. The quarter acre site holds about 12 individual gardens. It used to be an eyesore.

“When we first started we had to clear out mattresses, old tires, a lot of former homeless encampments, had to get all this stuff out of there," says Read. "It was really a problem for the neighbors.”

The garden has solved that problem and helped provide fresh food in a community that is somewhat of a food desert. He says on-site sales could help the community even further.

“If you’re driving down the street and you see people with pop-up tents selling fresh fruits and vegetables and maybe some shell eggs, I think it’s really going to change the landscape a lot,” says Read.

A state law enacted in 2013 allows cities to create urban agriculture incentive zones, which would reduce property taxes if landowners allow small scale farming. Paul Trudeau says that would help him as he tries to build his aquaponics business in an area where property values are rising.

“I’m not in a position to be buying a whole lot of land in downtown Sacramento," says Trudeau. "But perhaps the person who owns that land would get a tax break and it might be worth it to them to just let me farm there. They’d get their tax break, I’d get to farm, the lot gets to be beautified and used for a good purpose. It’s good, good, good.”

The Sacramento Planning and Design Commission will likely vote on the urban agriculture ordinance this month.

You can read the full ordinance here