For two sets of sisters, Maureen and Leslie Campbell and Nora and Roberta Sutton, Christmas Eve means a trip to the Downtown Sacramento Ice Rink. No matter how far away the women move, they return to Sacramento year after year to lace up their skates.

However, this year, the group is one sister short.

Nora explains Roberta couldn't join them for the first time since the tradition started.

"My sister is in Sierra Leone right now,” explained Nora Sutton. “She studies international health. But, we made a life-size cutout of her face and put it on a stick with a Santa hat."

Sierra Leone is one of the West African nations currently dealing with the ebola outbreak.

The Campbell sisters, along with Nora Sutton and the cut-out version of her sister Roberta, took to the ice Wednesday. They all dressed in festive costumes; Leslie in full Buddy the Elf costume, Maureen in candy-cane leggings and Christmas sweater and Sutton as Rudolph the red-nosed reindeer.

"She might be more graceful on the skates like this," Sutton said, referring to Roberta's face on the stick.

The women said they've kept the tradition going because they don't deal well with change. They joke about the year the rink moved to J Street being particularly hard. Missing Roberta isn't easy either.

"It's hard not to have [Roberta] here, but I think it's really great that she can be in Sierra Leone," explained Nora Sutton. "She studies public health and she knows what you have to do to prevent getting ill, so I'm not concerned at all about her."

While they all grew up in Sacramento, none of the women currently live in the city. Maureen lives in Washington DC, Leslie lives in New Orleans and Nora Sutton lives in the Netherlands.

But, despite the geographical distance between them, the sisters come home to ice skate in Sacramento on Christmas Eve.

Our Multimedia Poducer Andrew Nixon captured these moments from the skating rink on Christmas eve. 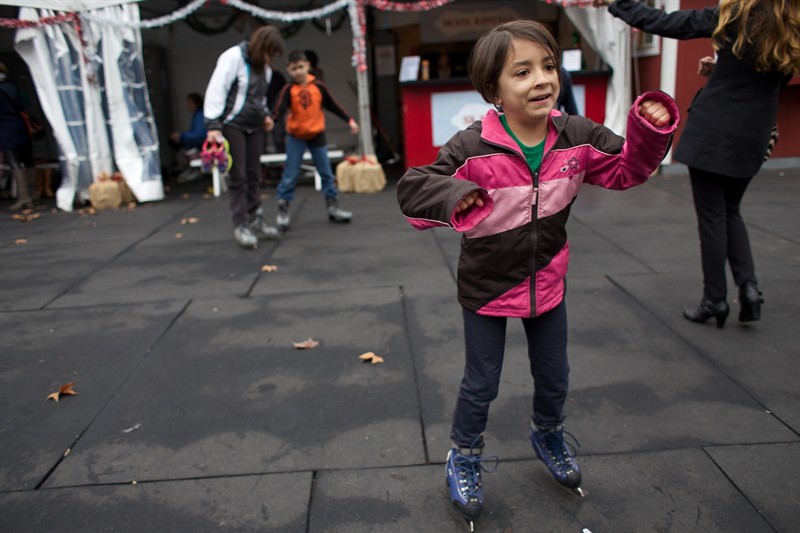 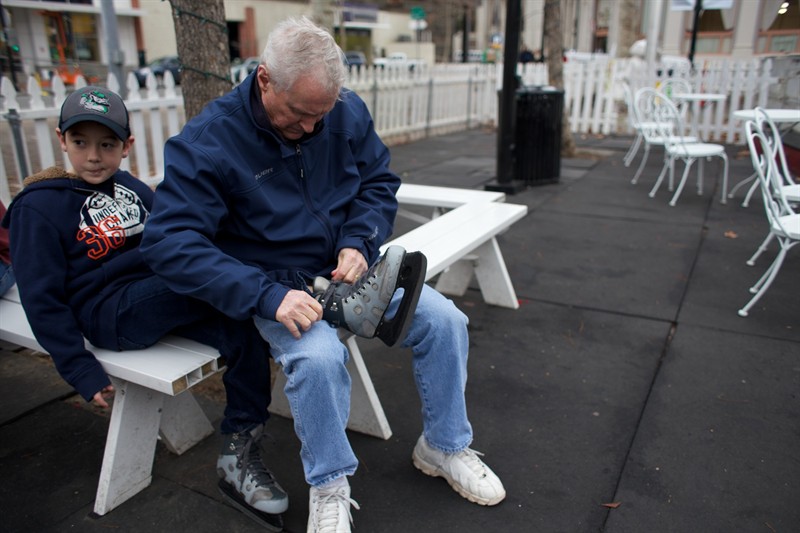 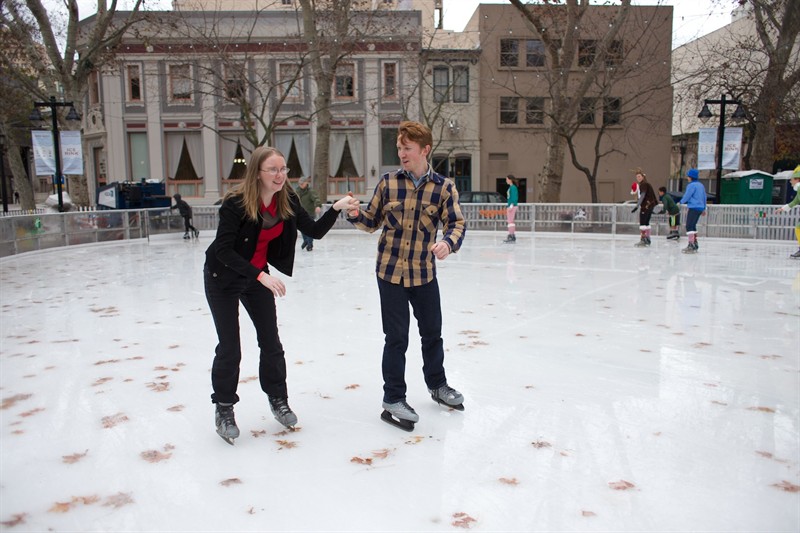 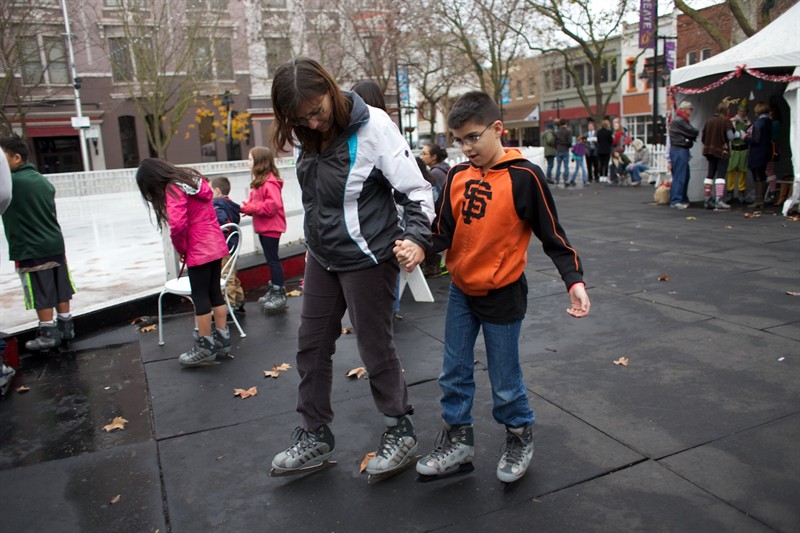 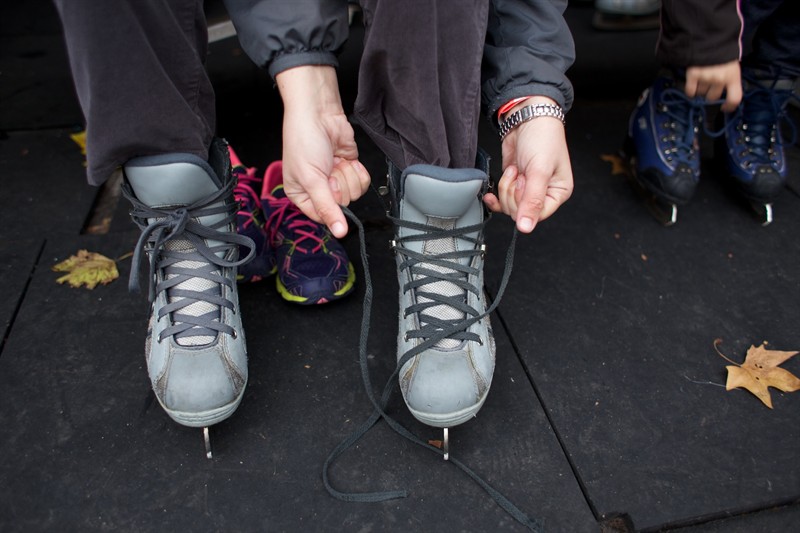 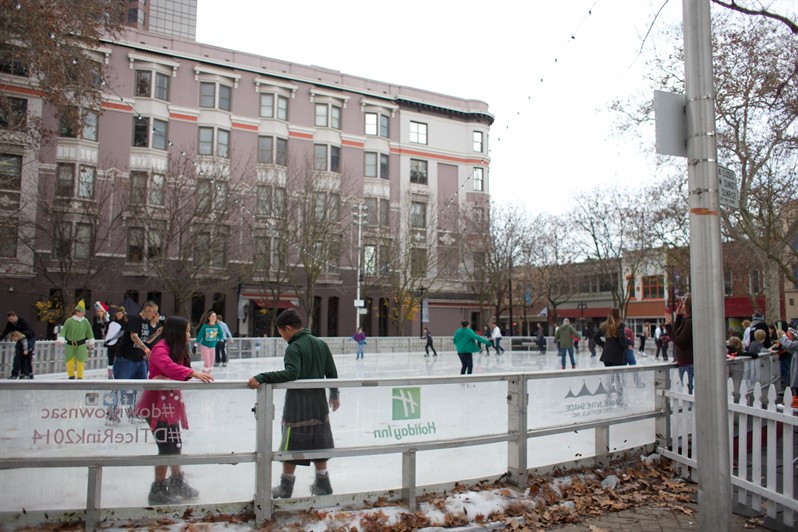 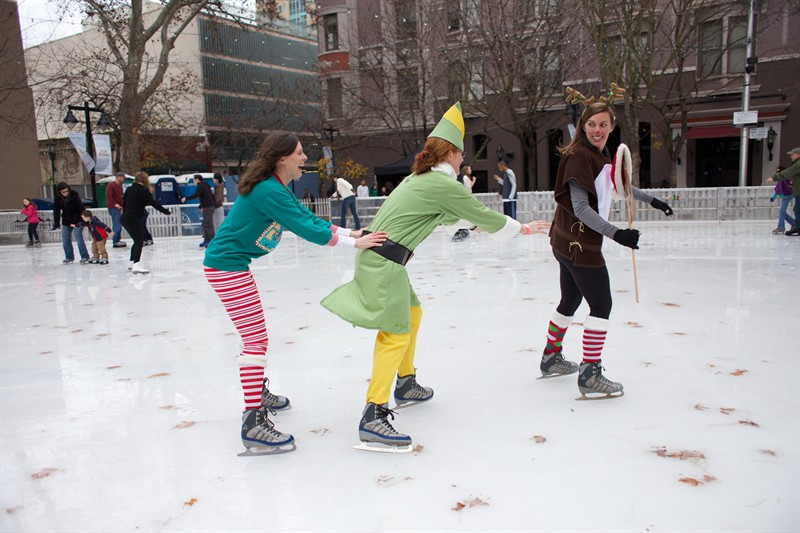