Vacant lots and decaying apartment buildings are scattered through Chanowk Yisrael’s neighborhood in South Oak Park. Across the street is the shuttered Fruit Ridge Elementary School.

But even though Yisrael’s neighborhood lacks many things, his home is a scene of abundance. Fruit trees fill his front lawn and grapes line the chain link fence. A passing woman stops to eat the fruit.

“My husband is diabetic," she says. "We stop here and get some grapes when his diabetes is acting up."

Diabetes and cancer plague impoverished neighborhoods. In South Oak Park, health statistics show twice as many people die from the effects of diabetes than in Sacramento County as a whole.

Yisrael switched to a plant-based diet after both his parents were diagnosed with cancer.

“My dad made a comment to me a few months ago that ‘You eat all this complex food now,’” Yisrael says. “'When you were young, I used to be able to feed you with a pack of hot dogs and a loaf of bread.’ So no, I didn’t grow up with a plant-based diet. Of course there was some vegetables on the plate, which of course I didn’t like at the time. But it was just a regular type of meal that you would get from this type of neighborhood . . . inner city neighborhood.” 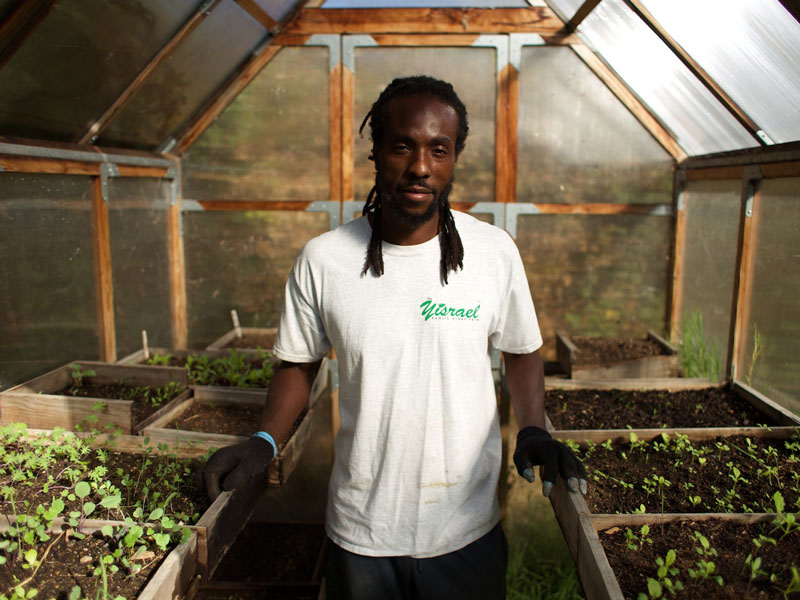 “I remember almost every night there was frying involved,” Judith says. “Fried chicken, fried this, fried that. It was fried. We’d have the big things of oil and we’d save the oil.”

“The Crisco container,” Chanowk interjects. “And you’d have it sitting right there next to the thing. I remember my mom used to have one of those things.”

“And you’d have to strain it,” Judith says. “Because you might have like the floaties from the last time. We definitely fried.”

Both Judith and Chanowk say they don’t want to pass their parents’ eating habits to their children. But fresh fruits and vegetables aren’t easy to find in their neighborhood. Judith says walking for your groceries is hard, if you can do it.

“You wouldn’t be able to, not in this neighborhood,” Judith says. “It’s common to see the grocery cart going down the street in the neighborhood because there are people who have to do that. But to carry that back home, it’s hard. It’s not possible to do.” 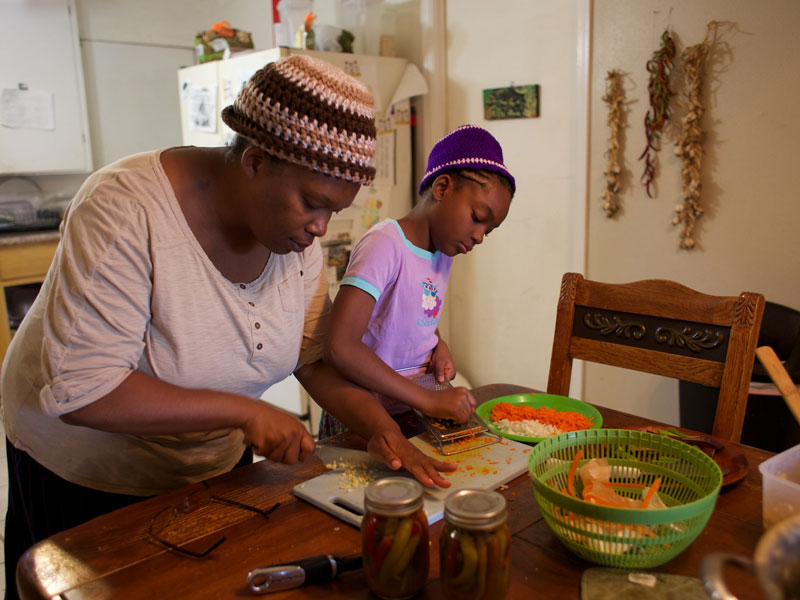 Even if you do have a car to drive to the grocery store, Chanowk says the cost of organic produce can be prohibitive. “In order to feed a family organically, you’re going to have to be making a lot of money. Because it’s very expensive,” according to Chanowk.

Which is why Chanowk and Judith turned their one-fourth of an acre lot into a farm.

Now, the Yisrael Family Farm has annexed the adjoining lot and doubled in size. Salad greens, compost piles and dirt beds fill the family’s backyard. There are even chickens to eat fallen fruit.

But what does 24-year-old, Tirtsah Yisrael, think about living on an urban farm?

“It’s pretty cool that you can just actually walk outside to your backyard and go pick some lettuce,” she says. “Some kale, some cabbage . . . or whatever else is growing during the season. It saves money and you know what’s in your food because you actually got to help grow it.”

Eventually, Chanowk and Judith would like to expand their farm and sell their produce to the neighborhood. But under current Sacramento law, they can’t.

However, they’ve banded with other urban farmers and are petitioning the city to change that. 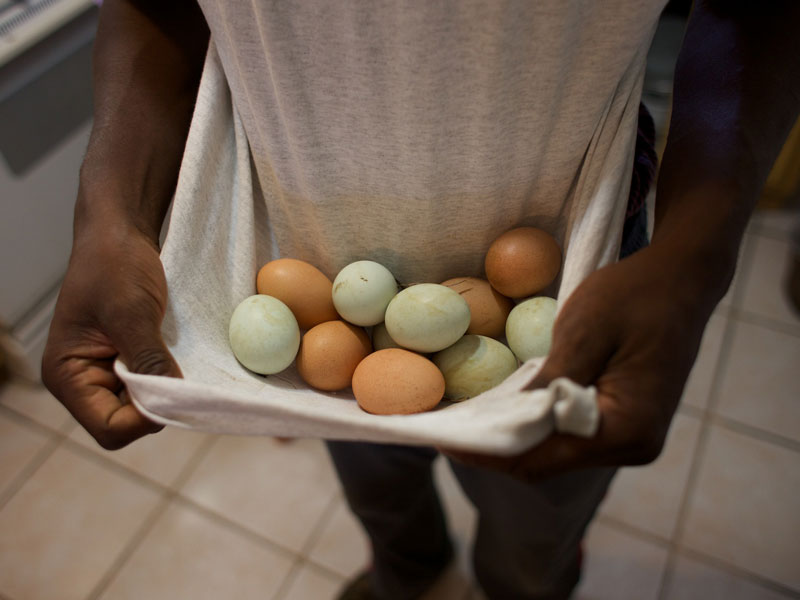 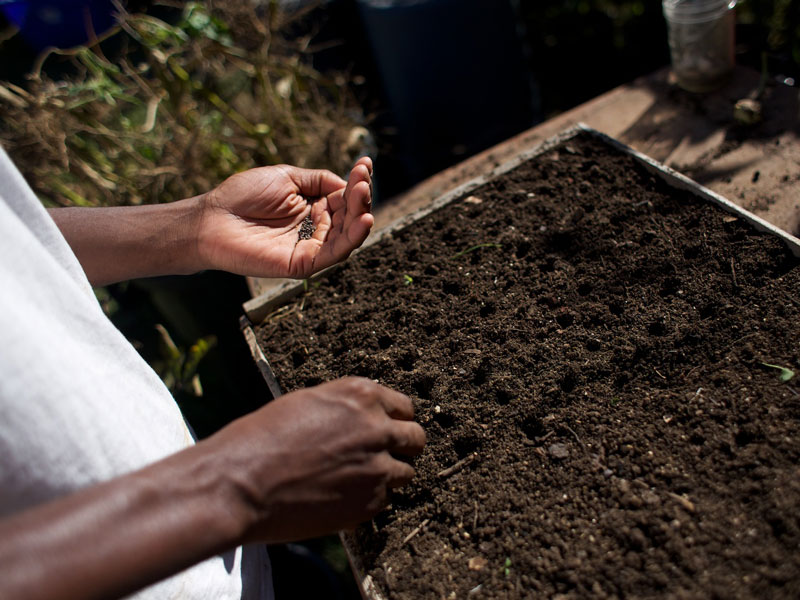 Chanowk Yisrael plants seeds to grow in the greenhouse until the produce is ready for planting on the farm. Andrew Nixon / Capital Public Radio