Crews Reopen Lanes On NB I-5 At J Street

A big rig crash early Thursday shut down two lanes and the J and P streets exits.  Crews had to clean up a fuel spill from the crash, slowing traffic to a crawl in that portion of the freeway.

SAC NB I-5 near J and P Streets in downtown Sacramento all clear. Lanes open.

The crash occurred at 5:45 a.m. and caused fuel to spill on the roadway.

Caltrans urged motorists should seek alternate routes. Two lanes and the J and P streets offramps were shut down as HAZMAT crews cleaned up.

The estimated travel time to downtown Sacramento from Elk Grove is estimated at 90 minutes as of 9:18 a.m.

The cleanup is expected last until noon. 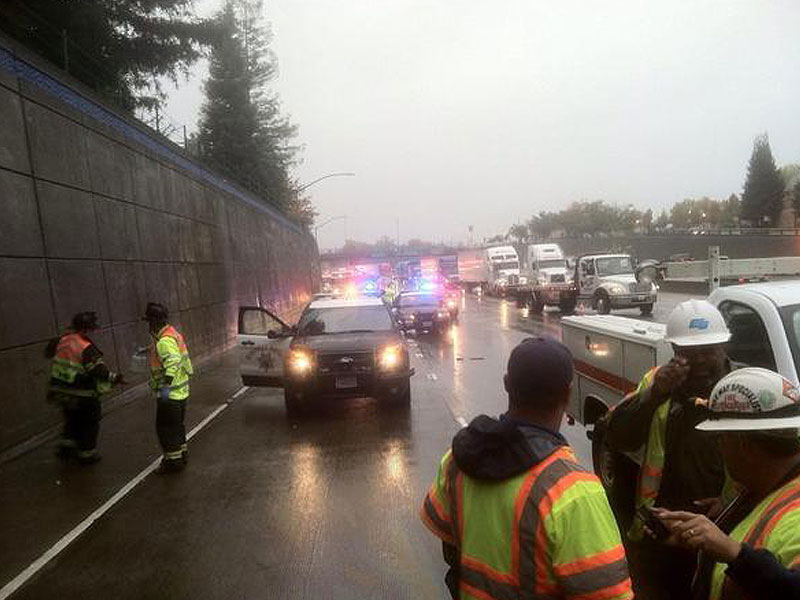