Fire officials expect full containment of the Applegate Fire on Monday. The blaze, which consumed 459 acres, stood at 80 percent containment as of late Sunday. There are still 1,024 personnel assigned to the incident.

All closures and evacuation orders were lifted Sunday.

Containment of the Applegate Fire has reached 67 percent and the fire did not grow Saturday. Acreage burned stands at 459, thanks to the firefighting efforts from ground and air crews.

Fire officials expect full containment of the fire on Monday.

Returning residents are asked to  drive with caution as crews continue to work in the area.

A forecast of higher winds and lower humidity has prompted a Red Flag Warning for the North State with the potential of lasting through Monday. 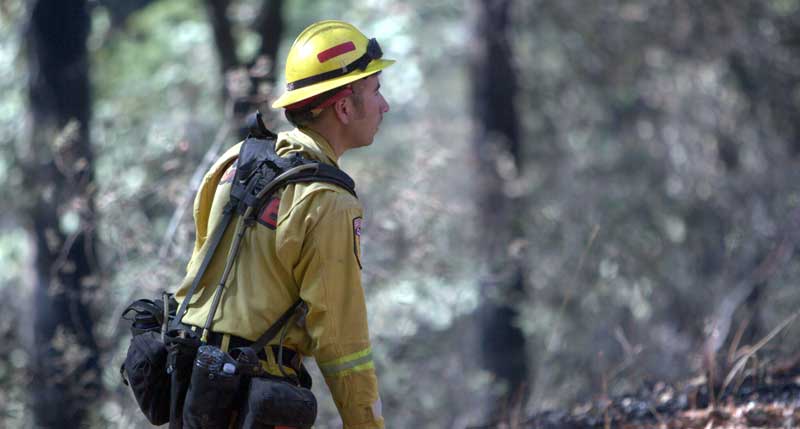 Some residents in the area were permitted to return to their homes Friday, although several areas are still under evacuation warning orders, including:


The following area remains under a mandatory evacuation order: All areas and roads East of Applegate Road at Cody Lane to the American River, South of Swanson Lane and Ponderosa Way and North of Hidden Meadow Way.

7:35 A.M. Firefighters  made some progress overnight on the Applegate Fire burning near Weimar, northeast of Auburn along the east side of Interstate 80.

The fire has burned 420 acres. It's destroyed six homes and is threatening a thousand more.

Crews are hoping to block the blaze from reaching the American River Canyon, where the steep terrain would make it more difficult to fight.

Wide-ranging evacuations are in effect. Evacuation centers are open in Auburn and Colfax, with a pet shelter open at the Gold Country fairgrounds.

Cal Fire says the drought has made conditions in the area ripe for a destructive fire.

Winds have been pushing the blaze towards the American River Canyon. That's something firefighters are working very hard to avoid, because the canyon's terrain would make suppression much more difficult.

CalFire's Lynne Tolmachoff says there's a lot to worry about with this blaze.

"The fuels definitely are dry," says Tolmachoff. "Even though we had rain a couple of weeks ago, it really didn't touch these fuels. We're talking three years of a severe drought. There trees and vegetation out there are struggling and they're burning very easily. The conditions are very ripe for a destructive fire."

She says firefighters are doing everything they can to keep the blaze from reaching the American River Canyon, where steep terrain would make combating the fire much more dangerous.

All lanes of Interstate 80 are open again, in both directions. Evacuation centers are open in Auburn and Colfax -- with a pet shelter at the Gold Country fairgrounds.

Mandatory Evacuations are in effect for: