Republican challenger Neel Kashkari said Democratic Gov. Jerry Brown did not do nearly enough for Tesla – or other companies that have picked other states over California.

The governor defended California’s efforts to lure the battery factory and added that Tesla has chosen to build its electric cars at a Bay Area manufacturing plant.

“It’s pretty clear what happened. We fought hard for Tesla, but Tesla wanted a massive cash up-front payment that I don’t think would be fair to the taxpayers of California,” said Brown.

The Brown administration and lawmakers from both parties pulled the plug last week on a bill that would have given Tesla tax incentives to build its factory in California.

The two candidates for governor of California have met for what appears to be their one-and-only debate of the fall campaign.

“Four years ago, when I went to Sacramento, the place was in a shambles. We were being termed a failed state, just like Greece. That’s not the case anymore. The majority of people in California feel we’re on the right track,” Brown said.

Republican challenger Neel Kashkari pointed to California ranking 46th in education and first in poverty as proof Brown should be replaced.

“I don’t think we’re back. I think we can be back. We can make big changes. I don’t settle for incrementalism. We have to make big changes. I’ve got the plans and the experience to do it, and I’m asking for your vote,” Kashkari said.

The candidates aggressively attacked each other throughout the debate. Kashkari criticized Brown’s policies and the governor took shots at Kashkari’s role in the federal government’s bank bailout program.

Brown also made news by saying he will “probably” sign the statewide plastic bag ban bill that’s now on his desk.

(AP) -- Gov. Jerry Brown's long-shot Republican challenger blasted him for failing to do enough to land a Tesla battery plant during the only scheduled debate of this year's governor's race.

Thursday's debate came the same day that Tesla and Nevada's governor announced that the California-born electric car maker would build its factory near Reno.

California was one of five states trying to lure the plant and its 6,500 manufacturing jobs.

GOP candidate Neel Kashkari cited it as an example of the Brown administration's failure to improve California's business climate, which is routinely cited as among the worst in the nation. 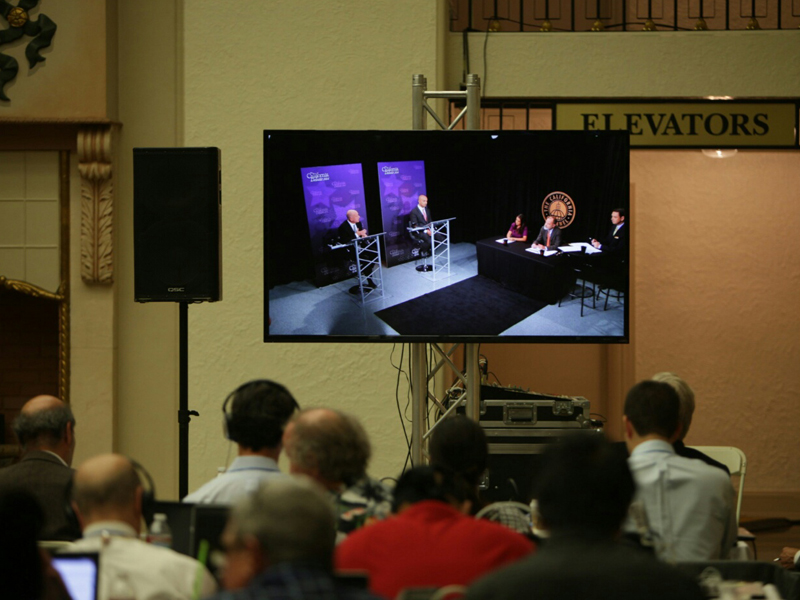 AP -- 5 p.m. Gov. Jerry Brownand his Republican challenger are meeting tonight for what is likely to be their only gubernatorial debate this election season.

A new Field Poll finds Brown has a lead of 16 percentage points among likely voters over former U.S. Treasury official Neel Kashkari. Kashkari has made poverty and inequality centerpieces of his campaign. 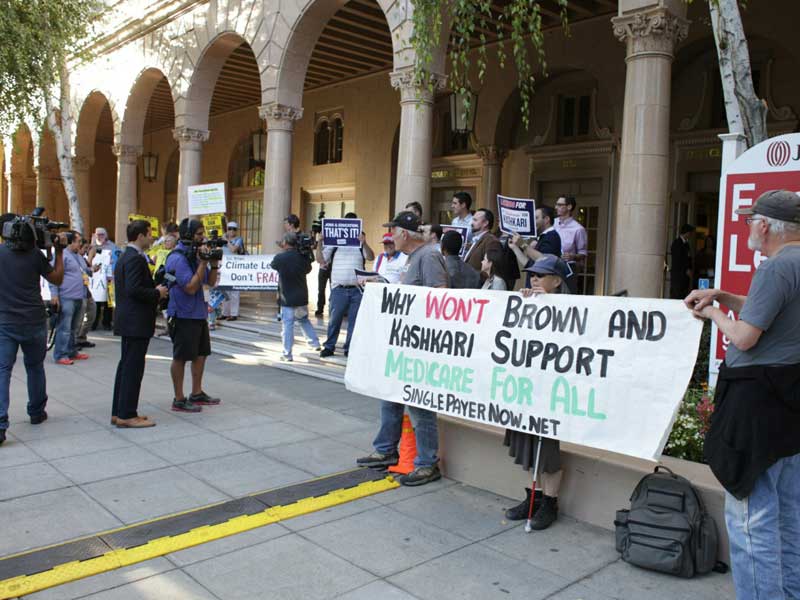 Check this Storify for more information.

Click on the button below to listen to the debate live on Capital Public Radio: 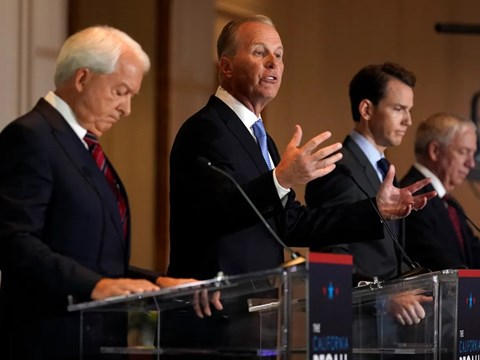 Four Things To Know About The Newsom Recall Debate

How Much Will California’s EDD Scandal Cost Newsom In The Recall Election?