Watch the demolition below:

Plastic billows out of the window frames of an old apartment building at 5218 Martin Luther King Boulevard.  Trash surrounds the building.  Inside, all of the walls, plumbing, and electrical wiring have been ripped out.

A wrecking ball is scheduled to knock down the building Thursday morning.

"It got so rotten -calls for service, police, drugs, prostitution, destruction, you know, it was a nightmare," he says. "It was retarding the growth and continued growth and development of Oak Park."

The Sacramento Police Department says it responded to 44 calls for service at the address last year.

"To be honest, a neighborhood like this, you can't really come back from" he says. "I mean this whole neighborhood -it's been drug-infested, gang-infested for a long time. And just like they say, cheetahs can't, or, what is it? Cheetahs can't change their spots or whatever, leopards or whatever? 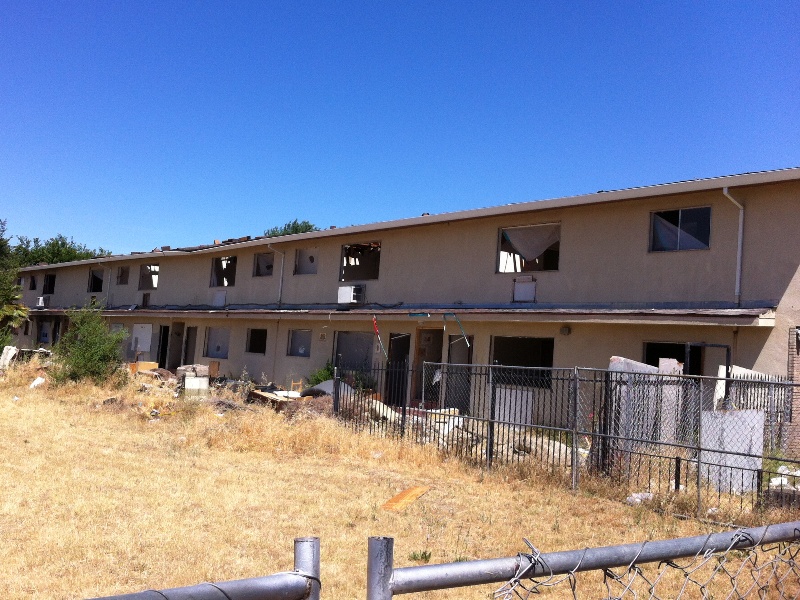 Sacramento City Councilman Jay Schenirer says the City has tried to work with the property owner for some time.

"Everything that was recyclable has been stripped. We have vagrants living here. It is dangerous for the kids who attend the school that's right in back.   These things eventually take a life of their own at some point where the landlord says it's not worth fixing the building."

This year, the City's Justice For Neighbors program received funding for an attorney to take legal action against deadbeat landlords and property owners. In a settlement with the City Attorney's office, the owner of the property agreed to pay  $30,000 in fines and $90,000 to demolish the building.

The City says there are 150 houses and properties just in Oak Park that are in some stage of code enforcement.