Toni Atkins served eight years on the San Diego City Council and was briefly the city’s interim mayor before coming to the Assembly in 2010. Atkins says housing is a big priority for her.

“If I can add my own personal concern, reducing homelessness and providing affordable housing, including for our state’s growing population of veterans,” she says.

Atkins takes over the speakership as the state deals with a continuing drought and tries to meet federal court orders to reduce prison overcrowding.

She is scheduled to take over for out-going Speaker John Pèrez this Spring. 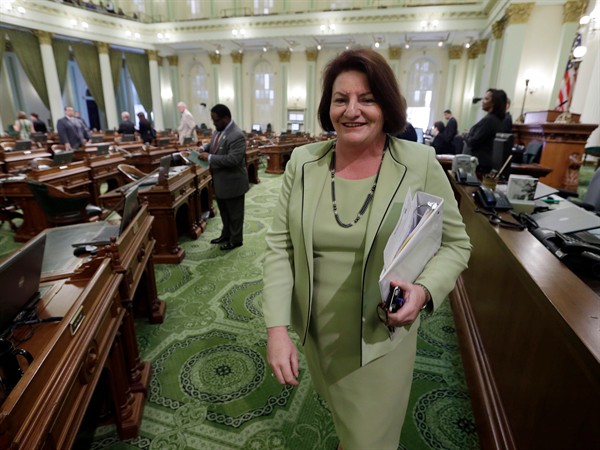 TY all for your good wishes on today's Speaker vote. Big @JohnAPerez shoes to fill, but look forward 2 getting 2 work 2 move CA forward.

Congrats to @toniatkins, California's next Speaker of the Assembly.