Listen
/
Update RequiredTo play audio, update browser or Flash plugin.
The City of Sacramento hopes to build a new bridge across the Sacramento River and rip out access to the I Street Bridge.

The City has acquired $2 million in federal funding to begin preliminary work on the project, but it needs City Council approval.

Jesse Gothan with the City of Sacramento Department of Public Works says the project will eliminate the ramp and support columns east of the I Street Bridge.

"Those structures will be demolished because we will no longer need those approach structures to the upper deck," he says. "It will open up the riverfront to more parks and waterfront development"
The project plan calls for leaving the the old bridge to be used by the Union Pacific Railroad.

Gothan says a new bridge connecting the Railyards district to West Sacramento will provide wider traffic lanes and access to bus and bicycles. Buses and bicycles can't use the existing bridge.
"The lanes are very narrow. They're like nine-foot lanes, five-foot sidewalks, there's no bicycle facilities," says Gothan.

If the council approves tomorrow night, the City will begin talks with the U.S. Coast Guard to determine what kind of bridge will be built.

The project's estimated cost is $80 million with a completion date set for 2020.
Sacramento and West Sacramento have agreed to share local costs of the demolition and new construction.

The Sacramento City Council is expected to vote on funding the preliminary stages of the project at Tuesday's meeting. 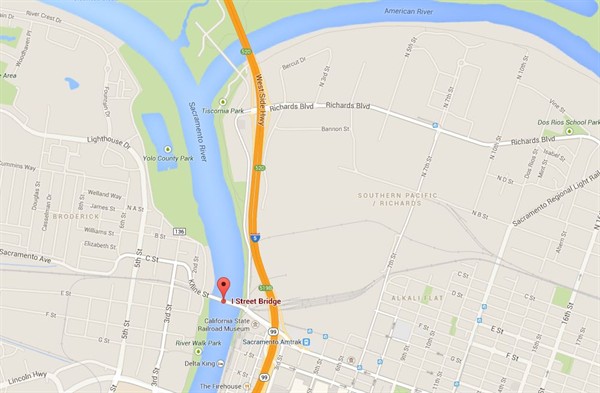