Two speakers pulsating on the side of a plastic box makes a low humming noise.  The box is in one of the pieces of equipment that has been installed in the new Respiratory Disease Center building on campus.  The box allows researchers to judge a monkey's lung function after exposure to ozone, cigarette smoke, or other pollutants.  UC Davis Professor Edward Schelegle is the lead for testing inhalation exposure and pulmonary function.

He says the new building will allow more monkeys to be tested at once by larger numbers of researchers than is possible at the school's old site.

"It's about twice the size of what we were in before," Schelegle says, "And the lighting and everything else in this room compared to where we were is absolutely fantastic." 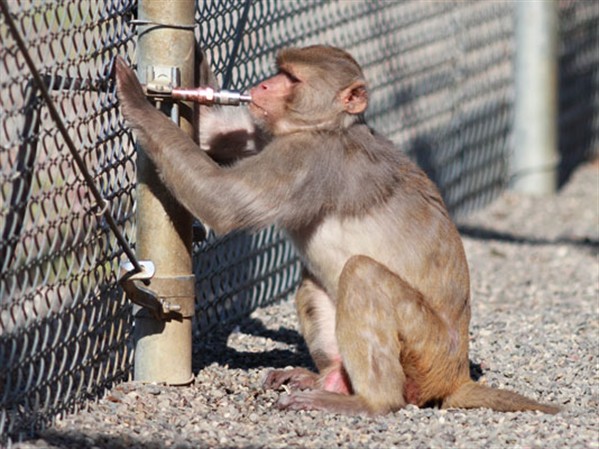 Louise Olsen is a facility manager for the California National Primate Research Center.  She says the new building is larger by about a third than the 30-year-old metal building researchers have been using.

"We have modified inhalation exposure chambers that's more user friendly for the animal-care staff. We can house more animals in them so it's much more efficient. We added the capability of an exposure room, and we have windows" Olsen says.

The new indoor facility cost about $18 million and is the largest of the eight National Primate Research Centers.

The building is in the middle of the California National Primate Research Center which houses more than 5,000 Rhesus monkeys.  About 850 babies are born each spring.

Half of the population lives outside in a breeding colony and play on slides and plastic drums that hang from ropes.

The monkeys make a squeaking noise that's hard to hear over the din of a large local bird population that eat the monkeys' discarded food.

The outside monkeys are the subjects of  behavior and social interaction studies.

The school hopes to have the indoor monkeys and equipment in place by the beginning of summer. 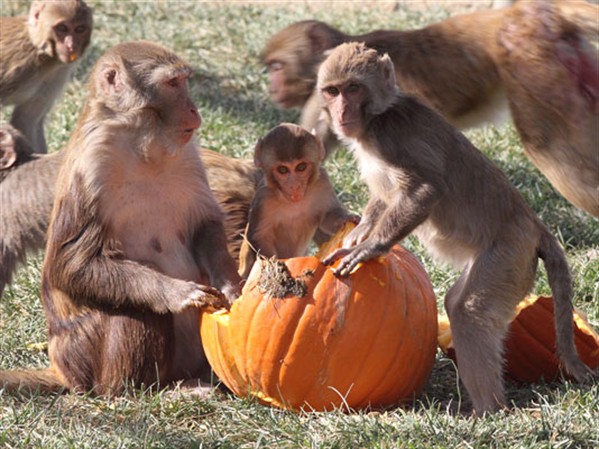