Google Barge Floats On To Stockton

The agency leasing the Treasure Island space where the barge is being built says the four-story vessel is bound for the Port of Stockton, a destination located about 80 miles east of San Francisco.

The Treasure Island Development Authority says it has been notified the barge will move by March 7.

Google Inc. and the Port of Stockton didn't immediately respond to requests for comment.

The barge is leaving because of a Jan. 31 regulatory order concluding that Google didn't have the proper building permits at Treasure Island.

Google says the barge will become a floating technology center once it's done. 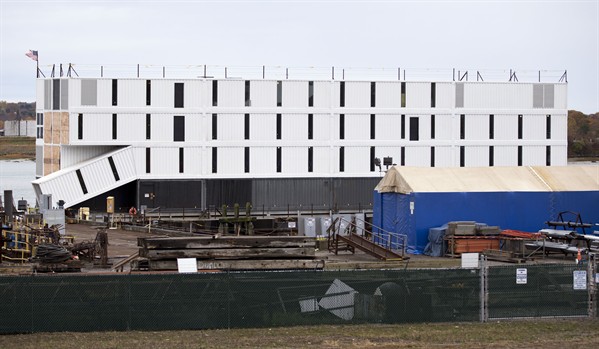 A four-story structure rests on top of a barge in Portland Harbor, in Portland, Maine. Friday, Nov. 1, 2013. It is one of three secretive structures, two in San Francisco and one Portland, that have been linked to the web-giant Google, in documents obtained from the Coast Guard in New London, Conn. Robert F. Bukaty / AP