Building a city 150 years in the future, requires knowledge in transportation, electrical engineering and solid waste.

The Future City Competition is a national contest sponsored by a coalition of professional engineers that draws 35,000 students nationwide every year.

Next week five girl scouts from Modesto's Troop 2225 will present the city they created and built in miniature against other regional teams in Washington D.C. 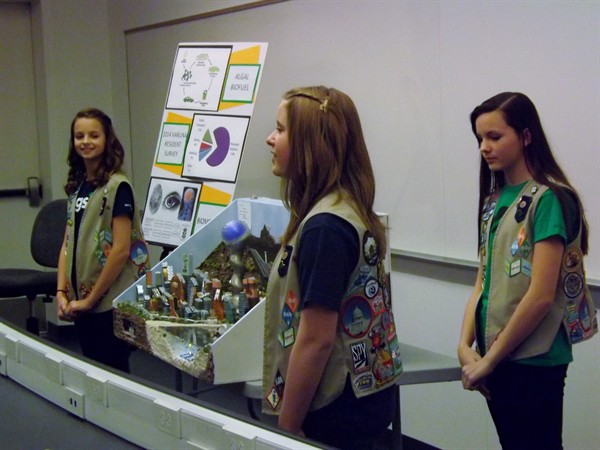 "I like the idea of using algae for fuel since nowadays you can see that the air is just polluted as opposed to using algae it has a net pollution of zero so just really seeing it improve the city," Engel explained.

Evangelina Paoluccio is the team's mentor and an engineer. She says she's schooled them on the science but it's the girls' imagination that has put them in the winner's circle such as using the ocean as a power source.

"They did some research on that and there's some technology right now on harnessing the energy from the ocean so they implemented that in their model," Paoluccio said.

The team finished 10th last year in the national contest.