It was a historic opening night many Sacramentans feared would never come. The new Sacramento Kings era started outside their Natomas arena with limos and a purple carpet walk.

Mayor Kevin Johnson and NBA Commissioner David Stern received some of the loudest ovations and fireworks.  Johnson looked back to the beginning of the year when the Kings' previous owners accepted a Seattle group's offer to buy the team.

"I think all of us thought it might be a done deal," said Johnson.  "But the tenacity of this community, the fighting spirit, we went back down.  We went into the back room and came up with a game plan.  We called it "Play to Win" and we believed and here we are."

Stern received a key to the city. 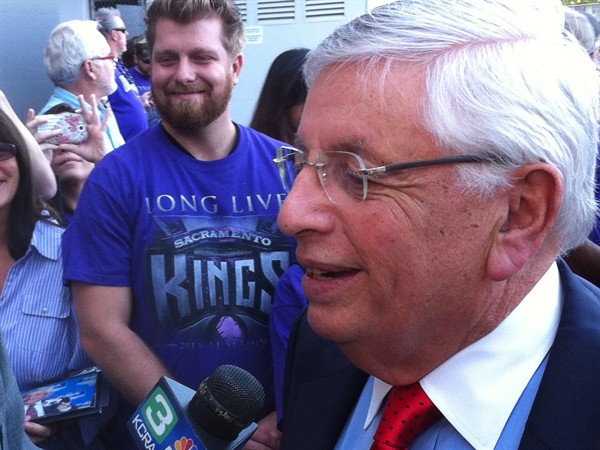 Once inside, Stern, fans and politicians got to see a lot of changes.

"We created a new media lounge," Granger said.  "We created a new room for the players' families to relax in during the game, we've installed new wi-fi antennas throughout the building, we have new cellular antennas, and then finally, we've partnered with the Disney Institute to help from a customer service standpoint." 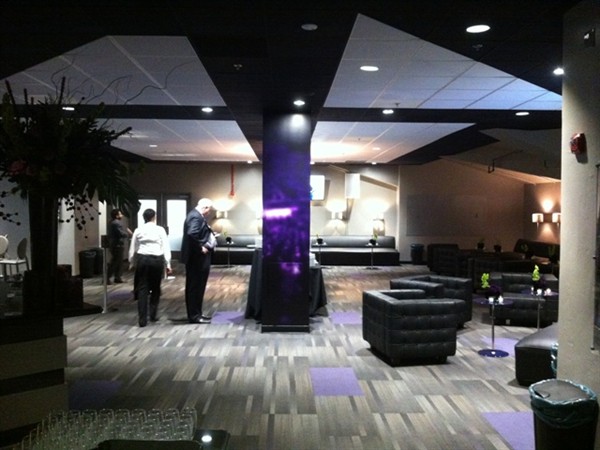 There is also a new smartphone app.  New owner Vivek Ranadive's son, Andre says one of the minority owners had a request that's sure to cause flashbacks for fellow minority owner Shaquille O'Neal.

"He wanted to have a cowbell inside of the app," said the younger Ranadive.  "Cowbells were huge especially in 2002.  I'm sure Shaq heard a couple of them.  And, so you can actually wave it with the motion of your hand."

A sellout crowd was greeted with a purple shirt at each seat.  Down on the floor, there's a new logo.  There are also fewer courtside tables and more seats for all of the new minority owners.  The visiting Denver Nuggets likely noticed the new visitor's locker room which now has actual lockers instead of hooks on the wall.

Out in the concourse,  Arek Firman wore a blue and white wig to the game and liked the new touches including fresh paint and a new scoreboard.

"Oh it means a lot," said Firman.  "It means the ownership group -they want to actually improve this instead of keeping it on a shoestring budget until they can pass on, move on to better things.  This ownership group is here to stay.  And the people know.  You can feel it in the air. "

He also liked the new selection of beer, located near the new farm to fork vendors.   The new chicken sandwiches were so popular, one vendor ran out of chicken before the game even started. Michael Petersen didn't seem to mind substituting pulled pork.

"Beats a hot dog, that's for sure," said Petersen.

As fans took their seats, usher Ophie Garcia thought about how different it is working for the team's new owners.

"To me it's like you're ready to go at it when you get here -before you even get here," Garcia said.  "I looked forward to it.  I got ready earlier today just to be here early."

The elder Ranadive took to the court with a microphone shortly before the game began.  "I have just one thing to say to all of you," said Ranadive.  "And lets never forget that one thing.  This is your team and it's here to stay!"

The ushers and security guards received new uniforms this year to replace the ones with holes some of them wore last year.

But the most obvious "new" thing was the vibe at Sleep Train Arena.  The threat of losing the team is gone.  And the fans made no effort to contain themselves as Kings Center Demarcus Cousins welcomed the crowd.

"I just wanted to say on behalf of myself and the Kings organization, welcome to a new era of Kings basketball," said Cousins.

The new era was witnessed by a sellout crowd in Sacramento and for the first time on TV in India, by many who heard some familiar music during the game.

The game itself was nail-biter.  After seven straight losing seasons, the Kings started this one with a win, 90-88.