Fire officials say September 20 is the expected date for full containment of the Rim Fire in Tuolumne County, burning in and around Yosemite National Park.

The blaze has grown to be the third largest fire in the state's history, with 255,560 acres consumed. 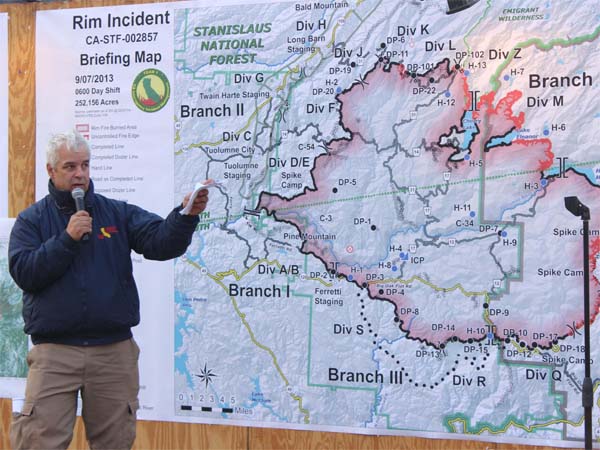 Sue Exline of the U.S. Forest Service says the cost of fighting this fire so far has exceeded $105 million.

"Our priority has always been to fight fire aggressively but also to look at costs, I mean that is also important so when resources aren't needed, we will return those back to their units but we are going to fight the fire aggressively." - Sue Exline, U.S. Forest Service

Exline says some areas will have to be replanted, and it may be decades before parts of the forest are restored.

There are still 2,764 personnel working the incident, and officials expect full containment in about a week, provided they can hold the line.

"It is really one where it is search and destroy, we are out looking for any hot spots that might blow across the lines, we are going 300 feet in finding any trees that are burning and extinguishing them." - Sue Exline

Exline says parts of the forest will have be replanted.

"After a major fire like this the wildflowers in the spring are going to be phenomenal, we have over 100 species of wildflowers." - Peggy Mosely, Groveland Hotel 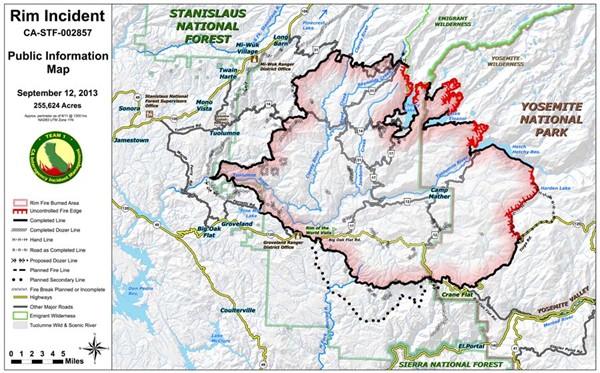