8:55 p.m. - Some Rim Fire Evacuees Return to Homes as Aggressive Firefighting Pays Off

Evacuated residents in the Rim Fire area from Highway 120 to Buck Meadows, and most residents of Pine Mountain Lake, were allowed to return to their homes Saturday evening. The exception was for residents of Graham Ranch Road, beyond the cattle guard.

Only residents that can prove they have legitimate business in the area will be allowed into the area.

Pacific Gas and Electric has restored service to the effected area, thus allowing residents to return. Fire officials warn that burnt areas of the fire can be very dangerous, as weakend trees, burning stump holes and heavy equipment may still be in the area.

Fire crews continue to work to increase containment, with a major effort underway to hold the fire east of the North Fork of the Tuolumne River. Fire lines have been strengthened above the community of Pine Mountain Lake, and addition focus is being placed on the eastern edge of the fire in Yosemite National Park. 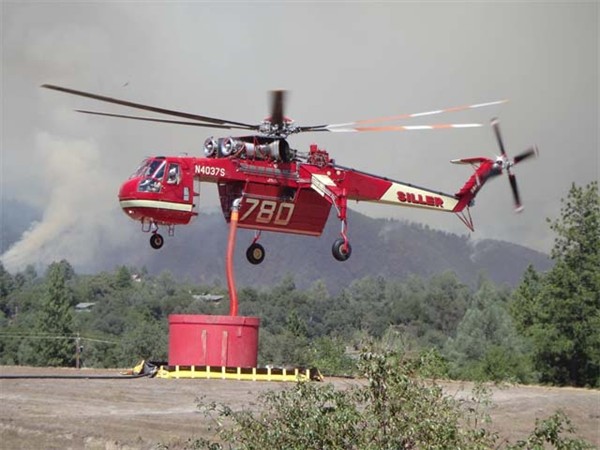 Additional resources, including several helicopters and air tankers, are being utilized to slow the forward progress of the fire. Direct attack is being used in some areas of the fire and more will be utilized as firefighters gain safe access. In other areas of the Fire where extremely steep, rugged and inaccessible terrain exist, fire crews are using a tactic called indirect attack which creates control lines away from the fires active edge.

A forest closure order is in effect for the entire Groveland Ranger District. Additional information regarding the closure can be found at http://www.inciweb.org/incident/3660. Please use caution when returning home. 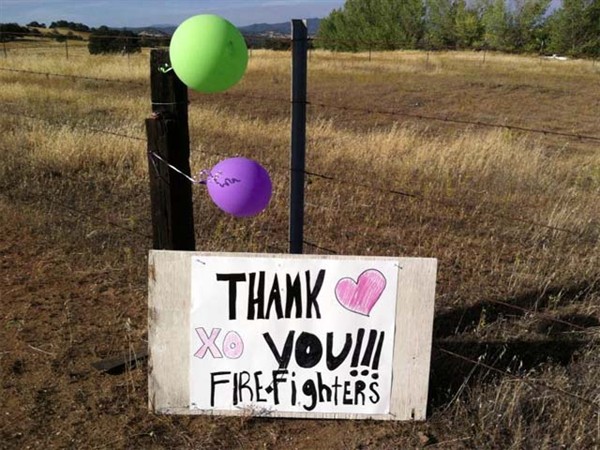 The Rim Fire continues grow rapidly due to extremely dry fuels and inaccessible terrain. The fire is 5 percent contained, with the greatest progress coming from air tankers dropping fire retardant on the area.

The fire grew to 125,620 acres overnight, and there are now 2,672 people working the blaze. The fire is moving toward the Highway 108 corridor. 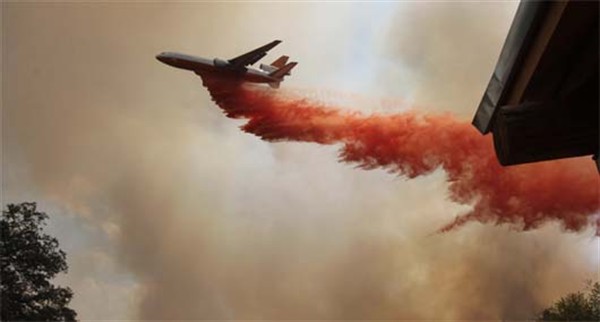 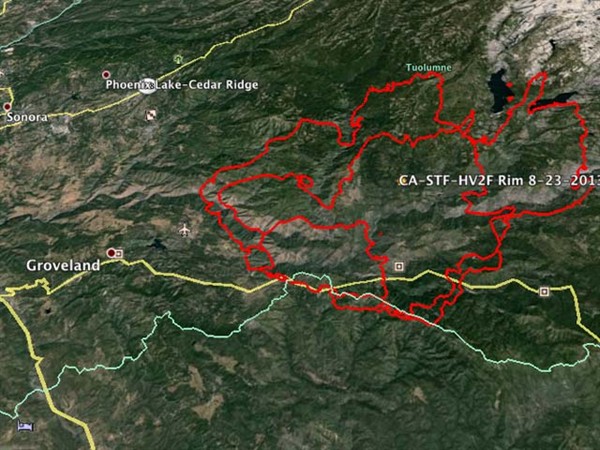