Firefighters have contained the fire north of downtown Sacramento along the American River.

The Sacramento Fire Department said the blaze, which was fed by heavy brush and afternoon winds, charred about 100 acres.

The cause of the fire was under investigation.

The Sacramento Bee reports that the fire is holding steady at 45 to 50 acres, according to Chief Ray Jones of the Sacramento Fire Department.

The fire is being fed by heavy brush and afternoon winds, said Asst. Chief Scott Williams of the Fire Department. No structures or people are in danger, and the area has not been evacuated, Williams said. (read the full Bee article)

Sac Fire estimates the fire has burned over 20 acres so far and continues to burn not far from highway 160. Changing wind conditions are making it hard to fight the fire, says a Sac Fire. Many small spot fires have been sparked.
Photos by Andrew Nixon 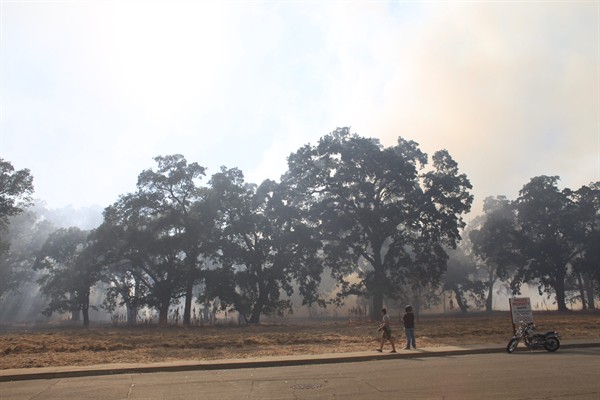 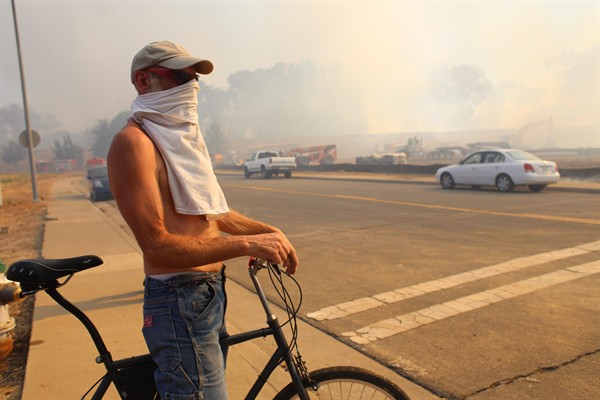 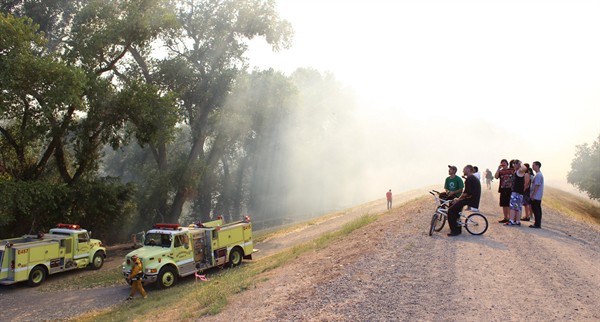 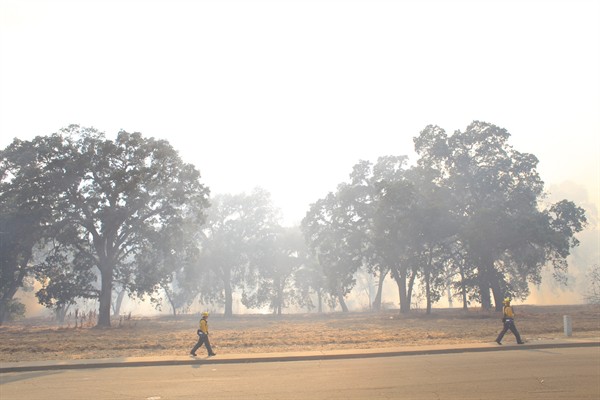 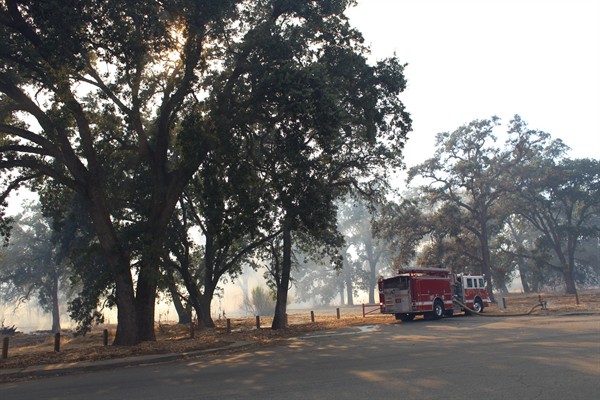 Approximate area where fire is burning