There’s new evidence that California’s economic outlook is improving. A new study shows the state is regaining its place as the world’s eighth-largest economy this year after falling to ninth during the recent downturn.

“There are numerous signs that the state has finally moved into positive ground after this very long and deep recession,” says Stephen Levy, Director of the Center for the Continuing Study of the California Economy, which conducted the study.

He says upswings in key industries like technology, trade and tourism are driving the state’s recovery. Levy says the building trades are also trending up.

“The big change this year is that construction has gone from being a negative to being a positive as we’re finally beginning to build more homes.”

Levy expects California to move ahead of Italy and Russia this year after sharing the eighth spot with them in 2012. The state was as high as number six in the last decade before the rise of China and Brazil. 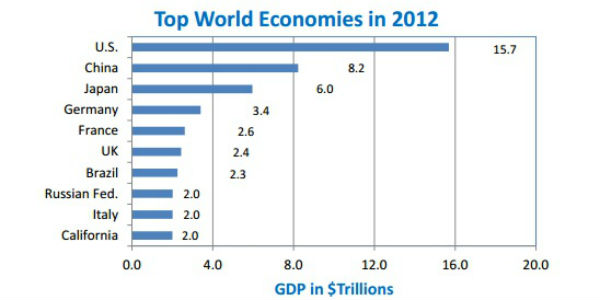