Snow plows warn workers as they speed by shoving the thick brown mud off a half-mile of I-80. They back up and do it over and over for hours, followed by sweepers and men with shovels.

“It is just hard to move the stuff with our equipment because it is like moving slime,” says Bryan Carlson, maintenance superintendent for CalTrans.  Carlson says the mess started just after 4 PM Tuesday.

“Too much water, too little time.”

A thunderstorm dropped up to an inch of rain an hour in this high-walled canyon. The torrent came down in two gullies.

“Including Rocks, logs and a lot of mud on both sides of the highwa,” adds Carlson.

The rush clogged culverts and poured over railroad tracks hundreds of feet below. No drivers were hurt or even stuck. In fact, many just kept going through the obstacle course of 8 foot logs and 18-inch rocks.

“Yeah, they do, they slalom course through it,” he says.

Weather can change in a matter of minutes and take hours to clean up.

The heavy thunderstorm dropped large hail and rain up to an inch an hour according to the National Weather Service Alerts. It started at 4 pm and hit the town of Verdi hard covering lots of roads.

the National Weather Service says the flash flood warnings continue until 7 pm, but it could take a lot longer to clean up I-80 and get it moving again. Right now I-80 East it is backed up through downtown Reno.

UPDATE: Now all EB and WB lanes of I-80 in Sierra blocked between Floriston and state line due to slides. Caltrans crew en route.

Caltrans District 3 @D3PIO
UPDATE: Now all EB and WB lanes of I-80 in Sierra blocked between Floriston and state line due to slides. Caltrans crew en route. 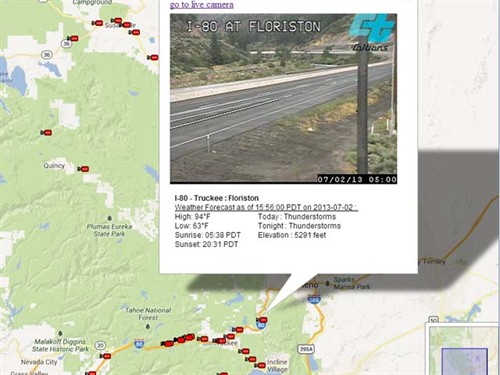 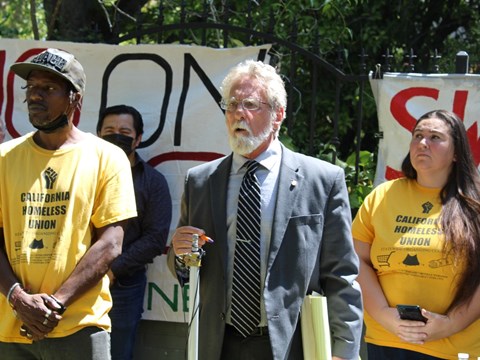