Sacramento, Calif. – July 24, 2017: Capital Public Radio welcomes reporter Sammy Caiola to the newsroom as our new health reporter. She joins CapRadio after covering health in California for the last several years, during which she has chased federal insurance reform, debunked wellness myths and watched neighborhood health efforts quietly save lives. 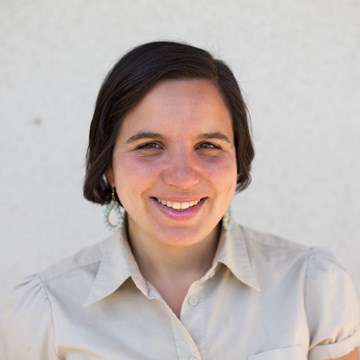 "Covering health is more important than ever," Caiola says, "This beat affects people of every age, race and zip code, and there’s never a shortage of stories.”

Caiola's expertise and drive as a reporter comprise a vital skill set in a newsroom that continues to affirm its commitment to multimedia reporting and in-depth coverage. "We are building our team with journalists who can produce high quality work across platforms," Edmeier says.

In 2015, Caiola completed a data fellowship at the University of Southern California, which led to a three-part series on black child death in Sacramento County. She has also reported extensively on autism spectrum disorder, reproductive health care, LGBT health, and conjoined twinning.

“To me, local journalism is about empowering a community with information," Caiola says. "I’m hoping my reporting at Capital Public Radio will help people dig through the muck.”

Caiola has been reporting since she was in middle school, when her parents noticed that her talents -- writing, talking and asking questions -- could be the makings of a great journalist. "I joined my middle school’s student newspaper and never looked back," she says.

Caiola has degrees in journalism and gender studies from Northwestern University. Before joining CapRadio, she was a health reporter at The Sacramento Bee.