Out of the Shadows and Into Marriage 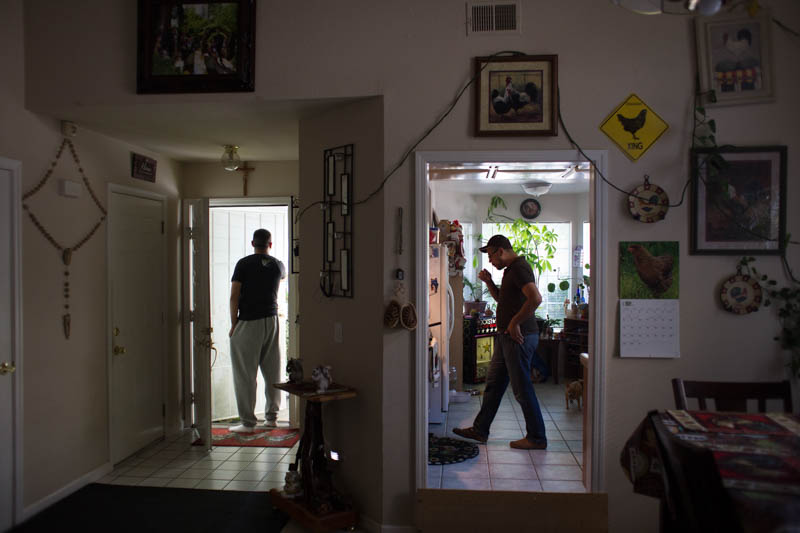 When Juan Morales was ten years old, he was brought to the U.S. from Durango, Mexico. He grew up in San Jose, California where, decades later, he met Chris Guillen, a third-generation Mexican American. Juan kept his undocumented status a secret as they started dating. As they grew closer, Chris says he began to realize the unfair nature of the immigration system and became involved in helping Juan to gain legal status. Their love grew stronger. They held a large commitment ceremony with friends and supportive family members. And as soon as same-sex marriage became an option in California, the couple tied the knot legally. Juan’s unauthorized entry into the country could have been another obstacle, but a visa petition in the year 2000 by Juan’s older sister, a U.S. citizen, saved the day. Chris and Juan's marriage was the last step in Juan's 24-year journey out of the shadows.

“Our goal for this intimate, in-depth journalism is to put a human face on an issue that’s dividing the country,” said Chief Content Officer Joe Barr. “Our team has spent months getting to know Chris and Juan for this documentary segment which is part of our year-long initiative examining undocumented immigration in California.”

Listen to the latest production from Capital Public Radio’s documentary team, The View From Here. See photos of Chris and Juan and learn more about Juan’s immigration journey through a shareable web story at capradio.org/view.

Listen for the documentary on Thursday June 23 at 6:45 a.m. and 8:45 a.m. during Morning Edition and during All Things Considered at 4:45 p.m. Insight with Beth Ruyak (9 a.m. – 10 a.m.) will feature an interview with Juan Morales' immigration attorney Mary Waltermire, exploring the legal complexities of adjusting immigration status and how the legalization of same-sex marriage now plays a role for a growing number of LGBTQ immigrants.