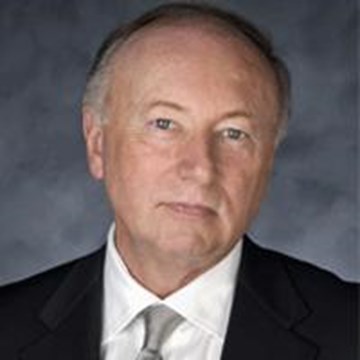 Rick Eytcheson was President and General Manager of Capital Public Radio until retiring in 2020, and currently serves as President Emeritus.

Rick Eytcheson was born and raised in Iowa. He attended Drake University in Des Moines, majoring in Industrial Relations. After working in a manufacturing environment and then retail consulting, Eytcheson stumbled into radio, first as an announcer, then advertising salesman. In 1980, he was recruited to be Sales Manager of start-up KOSO in Modesto. In 1982 he became General Manager of the station and in 1984 added responsibilities for the company’s other six small and medium market radio stations.

In 1985, Eytcheson came to Sacramento to work for McClatchy Newspapers as General Manager of KFBK and KGBY (KAER at that time) Radio. He remained as General Manager through the period when the stations were sold to Westinghouse Broadcasting and then to Chancellor Broadcasting in 1994. As one of the founders of Chancellor Broadcasting, he helped the company acquire KHYL and KSTE in Sacramento. As the company grew dramatically, Eytcheson became Executive Vice President and Western Regional Manager with oversight responsibilities for the company’s stations in San Francisco, Los Angeles, and Riverside/San Bernardino in addition to Sacramento. He left his position in 1997 to “retire.”

In late 1997, Eytcheson helped found an Internet start-up company that developed local on-line business directories. When the company folded in 2002 after the “dot-com bust” and post 9/11 advertising slump, he returned to radio as Station Manager of Radio Disney. He also served as Senior Vice President of Maverick Media which operated radio stations in Santa Rosa, California, Hawaii and several Midwestern markets. He has been involved in syndication of independently produced radio programs and regional representation of radio stations and networks in California.

Mr. Eytcheson resides in Sacramento with his wife, former KOVR-TV reporter/anchor Linda Laird Eytcheson. Mrs. Eytcheson is a recently-retired marketing executive for Sutter Health. The couple has 34-year-old twins who both live and work in Southern California. Mr. Eytcheson is an avid traveler and reader who has recently added golf to his collection of vices.