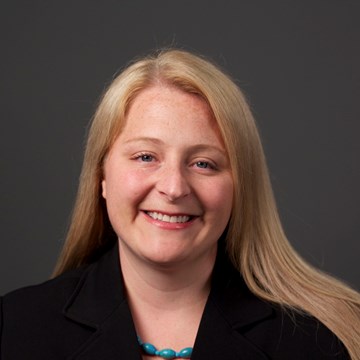 As the news department's Managing Editor, Marianne covers a wide variety of topics, including politics, the economy and social issues. She also anchors Morning Edition and All Things Considered from time to time and produces stories for Capital Public Radio's documentary series, The View From Here.

Marianne was Capital Public Radio's Capitol Bureau Chief for six years, mostly during the Schwarzenegger Administration.  That job included working as a daily government reporter as well as running the station's political news service, the Capital Public Radio Network. Under Marianne's leadership, the network grew to one of the largest in the state, reaching about two million listeners a week on more than 50 public radio stations in California, Oregon and Nevada.  One of Marianne's fondest memories of that time was an interview with Governor Schwarzenegger in his infamous cigar tent on the Capitol grounds.  And yes, he smoked during the interview.

Marianne has won numerous awards for her work, including an Edward R. Murrow and two California Journalism Awards.  She's also been honored by the Associated Press, Public Radio News Directors Incorporated and the Association of Capitol Reporters and Editors.  She was also a panelist for the 2010 gubernatorial debate, organized by Capital Public Radio, KCRA TV and the Sacramento Bee, which was nominated for an Emmy award.

Marianne has been working as a broadcast journalist for more than 15 years.  Most of that has been in public radio, including stations WMUB in Oxford, Ohio and WOUB in Athens, Ohio. She's also dabbled in commercial radio and television.  Additionally, she spent time living and working in both Berlin and Cologne, Germany, producing long-form stories for national broadcaster Deutsche Welle.

Aside from public radio, Marianne's other passions include traveling with her husband Richard and their son and Golden Retriever as well as kayaking, photography and cooking.