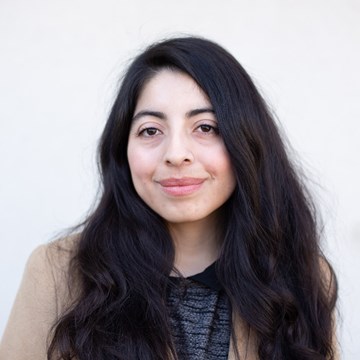 Helga Salinas is the Audience Engagement Editor at CapRadio.

Before joining CapRadio, Helga was the former engagement reporting fellow at ProPublica Illinois. She also worked at The Seattle Times, where she worked as the newspaper’s only social media producer. There, she led the paper’s strategic efforts on Facebook and Twitter, and worked collaboratively with various teams in the newsroom on award-winning projects such as Under Our Skin, an interactive documentary that tackled uncomfortable conversations about race, identity and inclusion.

She received her master’s degree from Columbia Graduate School of Journalism. She grew up in Southern California.