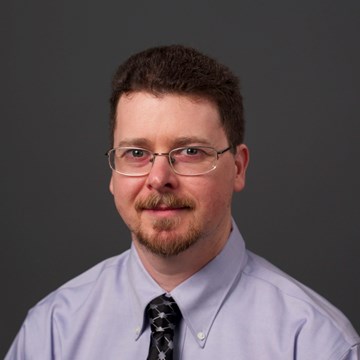 Evan Matsler grew up listening to classical music and A Prairie Home Companion on KXPR.  When he signed up for a radio internship in his final semester at CSUS, he knew which station he wanted to work for.  After earning his Bachelor's Degree in Media Communications, Evan split his time between Capital Public Radio and California Musical Theatre, producers of Music Circus and the Broadway Series.  He became the full time Morning Edition Producer in 2000, and currently serves as the Director of Operations.

Evan has always been a techie, getting his start running lights and sound for his high school's theatre department and continuing through college.  Evan stage-managed several operas for the Sac State music department.  He also designed and ran sound for several independent theatre productions, including an adaptation of Ray Bradbury's The Martian Chronicles featuring a mix of live action and puppets.  The transition to radio operations was a natural one.

Evan was born and raised in Carmichael, just east of Sacramento.  He lives with his wife, their dog, and their cats.