Fire officials are calling the Rim Fire the 14th largest in California history, as the blaze spread today to 143,980 acres as of Sunday evening. Containment stands at 7 percent.

The fire is exhibiting continued growth to the northeast and east. On the western side of the fire, crews successfully conducted firing operations to bring the fire line down to the Tuolumne River in efforts to keep the fire from spreading to the west toward the Highway 108 corridor.


Aerial resources continue to be effective in reducing the spread of fire toward the Highway 108 corridor. Crews continue to construct line construction where accessibility and safety allows. In addition, structure defense and contingency planning continues in the Mather area.

Smoke continues to be an issue within the Rim Fire perimeter with visibility less than a mile.

The evacuation advisory and order were lifted for the residents of Pine Mountain Lake and Buck Meadows yesterday, with the exception of Graham Ranch Road. 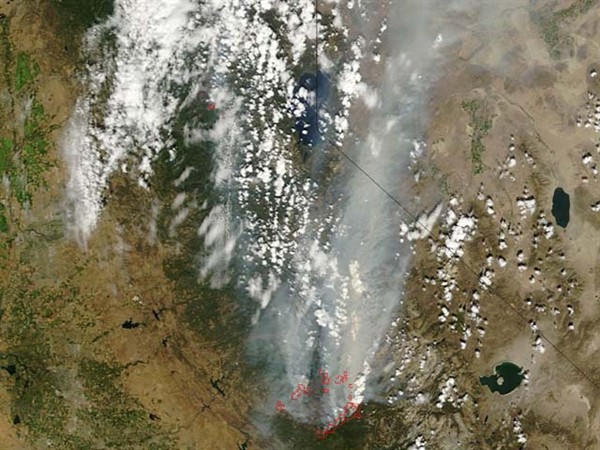 The Rim Fire remained active overnight its eastern edge, as steep, rugged terrain makes it difficult for firefighters to have direct access to the hot spots. A direct air attack using air tankers and helicopters is helping slow the fires' progress.

The fire has grown to 133,980 acres, with 7 percent containment. There are 2,846 personnel working the incident.

Fire crews continue to work toward increasing containment of the Rim Fire on its eastern edge. A major effort is underway to hold the fire east of the North Fork of the Tuolumne River. Fire crews have strengthened fire lines that are holding above the community of Pine Mountain Lake. Additional efforts are focused on the eastern edge of the fire in Yosemite National Park.

Direct attack is being used in some areas of the fire and more will be utilized as firefighters gain safe access. In other areas of the Fire where extremely steep, rugged and inaccessible terrain exist, fire crews are using a tactic called indirect attack which creates control lines away from the fires active edge. Air resources, including several helicopters and air tankers, are being utilized to slow the forward progress of the fire. 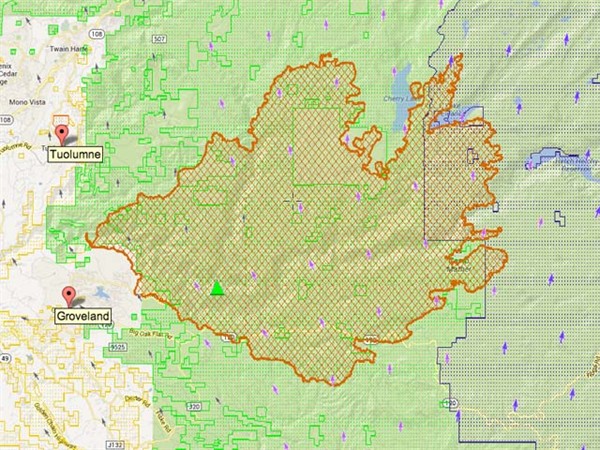 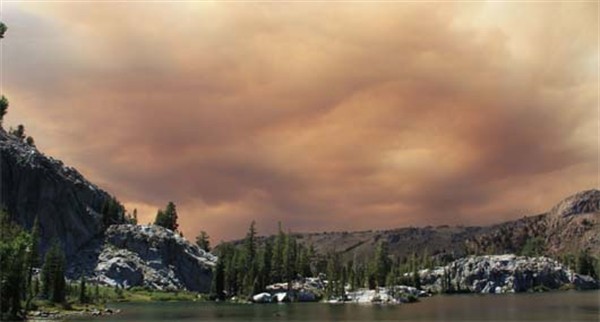 Skies above Cinko Lake near the edge of the Yosemite Wilderness are filled with smoke early last week, shortly after the Rim Fire started on Aug. 17. A similar view the day before is shown below. (Photos courtesy Mark McWhirter) 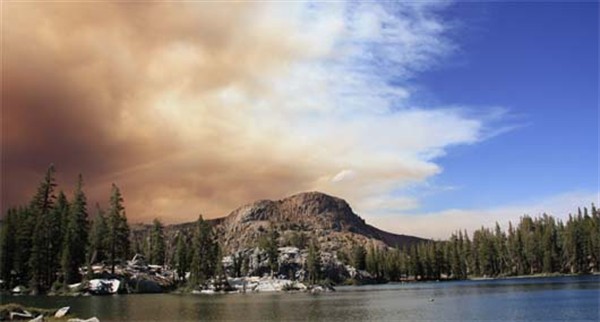 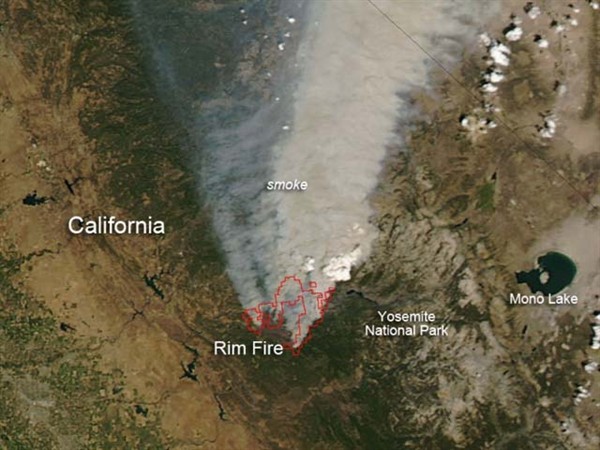