A Look Into An ACA-Created Teaching Health Center

A number of programs around the country were created under the healthcare law. For example: teaching health centers.

This is a physician residency program aimed at increasing the number of doctors in underserved areas — including rural communities.

One such center is in Redding — a rural Northern California city nestled at the foot of the Shasta Cascades — where two graduating doctors share a peek of the program's day-to-day operations.

A mother rocks her sleeping newborn son in the waiting room of the Shasta Community Health Center. She is here to visit the same primary care physician who delivered her son a month ago.

This physician is part of a three-year Teaching Health residency at the center in Redding.

It’s no secret that there is a dire shortage of primary care physicians all over the United States. As a result, the Affordable Care Act addressed the crisis by including the creation of Teaching Health Centers in its 2011 healthcare reform.

Teaching Health Centers provide physician training at eligible health centers in rural and underserved areas. The hope is that when the residents finish the three-year program, they will stay in the region where they studied.

At Shasta Community Health Center, two third-year residents, Dr. Tho Vo and Dr. Amanda Mooneyham, were so impressed with the center’s wide spectrum of care that it enticed them to join the program in Redding.

“We get to do anything from inpatient to outpatient, from newborn to geriatrics,” Dr. Vo says.

After that conversation, she attended to an elderly patient and a pregnant woman.

Dr. Debra Lupeika, the program’s director, recognizes that the variety of healthcare at Shasta is a plus to recruit residents and doctors to the rural region, but the question that remains is if it is enough for them to stay.

This May, Vo and Mooneyham will finish the residency and face the decision to stay or leave.

“I just was very impressed with programs here in Redding, which happens to be where I am from,” Mooneyham says. 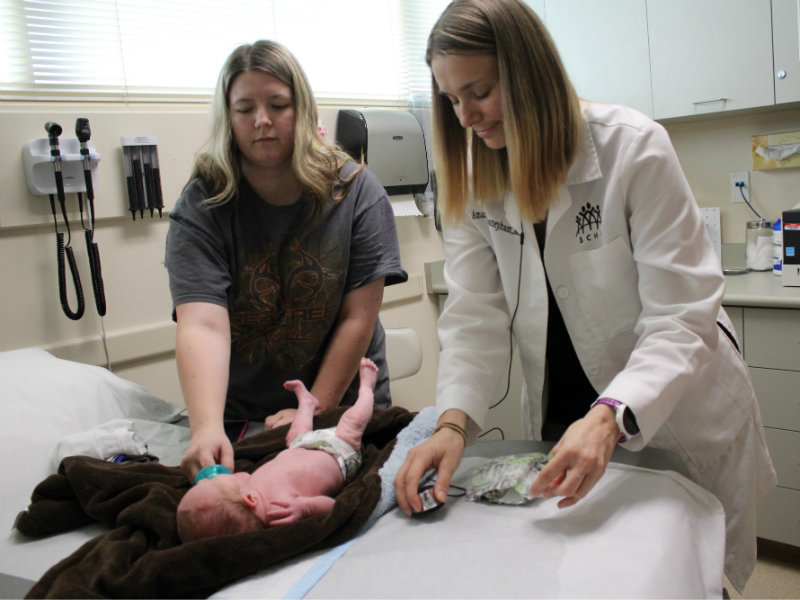 She grew up in the area and says she plans to stay at Shasta. For her, the outdoor lifestyle and the mountains are a perfect fit, and she enjoys living close to her family.

Vo is planning to leave, however. She grew up in rural Vietnam and had dreams of becoming a doctor since she was eight years old. But she spent her adolescent years in a diverse part of the Bay Area. It is also where her family and fiance now reside.

Her fiance is a product development manager.

"Jobs like that are hard to find in rural working-class areas such as Redding," Vo says. “I really want to go home and be with family.”

A recent poll by Sermo, a social network for doctors, asked rural healthcare providers why it is hard to keep or recruit doctors for their communities.

Lack of cultural diversity and limited work opportunities for significant others were definite factors — reasons that align with Vo’s. And only 21 percent of Teaching Health residents stay or go to rural regions when they have finished the new program.

But all of these statistics may be irrelevant. Teaching Health Centers, like Shasta’s, existence depends on the ACA. And if the ACA is repealed, their futures are uncertain.

‘Tedious, Stressful’: Why Older Californians Are Still Struggling To Get Vaccine