*Note: The original headline to this story has been updated. The original story reflected the election results after polls closed. Sacramento County still has mail-in ballots that could affect the outcome of Measure Y.

Voters in the region decided on a number of issues – from taxing marijuana to funding libraries Tuesday. Some measures passed,  others stalled, and at least one is still close enough to the two-thirds threshold that it might pass.

Sacramento voters supported Measure Y, an initiative that would tax marijuana cultivators and direct the money be used for kids programs. The measure received 65.19 percent of the vote, which is shy of the two-thirds margin required to pass. But, there are 136,000 votes in Sacramento County that have not been counted and Registrar Jill LaVine says the ballots have not been organized by cities within the county.

"For Nevada County it is very unusual. In the 16 years I've been covering elections I have never seen a line on the day preceding the election. Both on Saturday and Monday with early voting, there were long lines at the elections office," YubaNet editor Pascale Fusshoeller told Beth Ruyak Tuesday morning. "Turnout is pretty amazing here."

Fusshoeller attributed the turnout to a surge in Democratic voters wanting to weigh in on Measure W.

"A lot of people said I want to vote on W, I want my vote to be counted," she says

As of Tuesday morning, Measure W had 57.77 percent 'no' and 42.23 in 'yes.' The measure would reinforce a ban on outdoor marijuana grows and allow residents to grow 12 plants indoors in permanent structures.

Davis voters approve a preemptive business license tax on sellers of recreational marijuana, should it become legal in the city.

Davis voters also rejected Measure A, the Nishi Gateway project. Voters rejected annexation of land for the innovation center. The vote was 51 percent 'no,' and 49 percent 'yes.' The project would have included 47 acres of student housing, research and design centers and other new development between UC Davis and Interstate 80. Critics argued it would have created a traffic mess.

Measure X in Sacramento County, the library tax, passed with 78.4 percent of Sacramento voters in favor. There was no vocal opposition to this measure.

Sacramento's Measure Z would allow elected officials to take office on the final Tuesday in December after being elected. It also passed.

Measure B in the City of Isleton passed, allowing for a sales tax increase that will pay for fire protection services.

Voters in Davis approved a measure to raise the hotel occupancy tax from 10 to 12 percent. 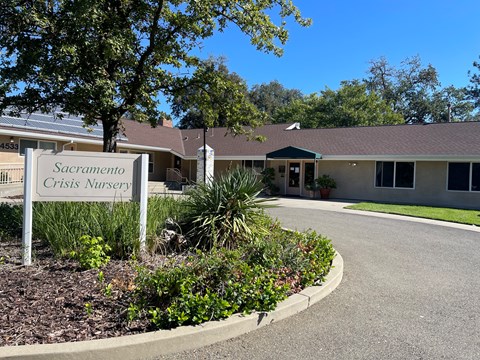