Clinton Focuses On Trump (Not Sanders) In Sacramento

Democratic presidential candidates Hillary Clinton and Bernie Sanders campaigned furiously throughout California this weekend ahead of Tuesday's primary. Clinton wrapped up with a rally in Sacramento Sunday night.

Clinton gave her standard stump speech - about half an hour - before a full house at the Sacramento City College gymnasium.

"I want to finish strong here in California," Clinton told the crowd estimated at 1,500 people, not counting a modest overflow group outside. "It means the world to me."

Among the crowd were Ashley Spalding and Chris Skidmore. They're both in their late 20s - an age group that has overwhelmingly supported Bernie Sanders. But they're 100 percent for Hillary.

"She's practical and has good ideas of how to actually get things done," Skidmore says, "compared to some policies that Sanders has that sometimes don't economically make sense."

"It might sound great, but there's not a realistic plan in place," added Spalding.

Polls show Clinton's big lead over Bernie Sanders in California has all but disappeared. But Clinton did not mention Sanders at all during her speech - a sharp contrast to all the times she called out Donald Trump.

Quick barb @BernieSanders right out of the gate from @HillaryClinton @SacCityCollege: "I won't make promises I can't keep."

.@HillaryClinton said "a new young dynamic Democratic president" had to clean up GOP mess in 2008. Not quite what she called him back then.

.@HillaryClinton praises California for its progressive policies. "You've been the leader in paid family leave."

.@HillaryClinton says voters should ask of candidates: Will this person produce real results, or is it just a lot of speeches and rhetoric?

That comment is intended to serve dual purpose of contrasting @HillaryClinton to both @realDonaldTrump & @BernieSanders.

UPDATE 6:05 p.m.  Hillary Clinton is wrapping up a full weekend of California campaign stops with a rally at Sacramento City College.

The former Secretary of State is fighting to hold off Vermont Senator Bernie Sanders in Tuesday's Democratic presidential primary in California and five other states.

Polls show Clinton's once-large lead over Sanders in California has eroded to a statistical tie.

Clinton could well cross the delegate threshold needed to clinch the Democratic nomination before California polls close Tuesday - although the Sanders campaign argues that superdelegates should not be counted because they could change their minds.

Yet, a Sanders win in California could blunt Clinton's momentum as she tries to pivot to the general election against presumptive Republican nominee Donald Trump.

Sanders has hardly left the state over the last few weeks and is holding massive rallies in Southern California and the Bay Area ahead of Tuesday's primary. Hillary and Bill Clinton have made several trips here too and have campaigned in California the last few days.

Both candidates have events planned Monday. Sanders will hold an election night event in Los Angeles Tuesday, while Clinton will return to her home base of New York.

ORIGINAL POST: Democratic presidential candidate Hillary Clinton will give a speech at Sacramento City College on Sunday for a "get out the vote" rally. It's just one of the many events she has planned in California ahead Tuesday's primary.

Clinton is expected to speak around 6 p.m. at the college's North Gym.

Polls show in the lead up to June 7 that Clinton and her Democratic rival, Bernie Sanders, are in a tight race in the Golden State. The former secretary of state has been campaigning aggressively in California. 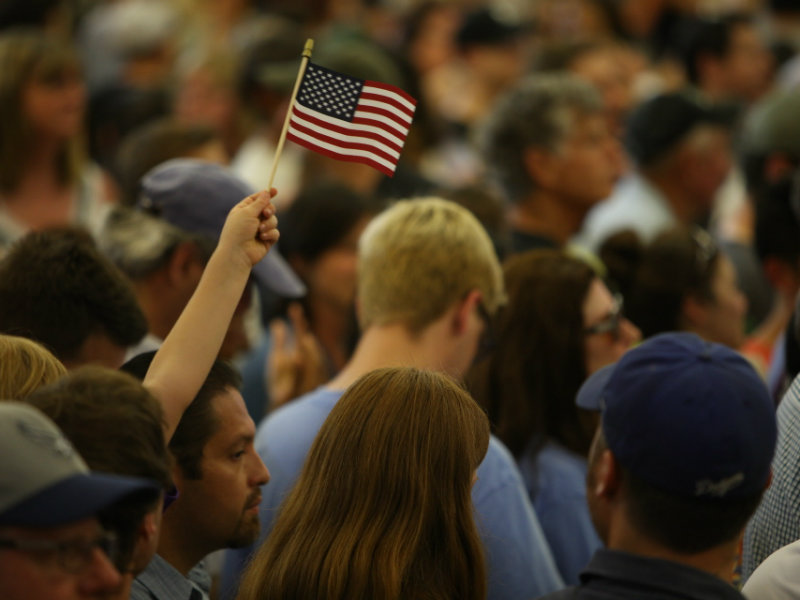 Presidential candidates Bernie Sanders and Donald Trump have also made recent stops in the Sacramento region.