Matt Smiley feels at home when he’s engaged in physical work. The veins on his arms swell as he digs up a green irrigation hose.

The former combat vet says farming is good for his body and his mind.

“I think first and foremost it’s the connection to nature," says Smiley. "It’s very healing. I would even say borderline spiritual.”

The 29-year-old is volunteering at a research farm at University of California Davis. He’s an undergraduate on campus studying sustainable agriculture.

When he returned from Iraq seven years ago he says was lost in a fog of anger and depression.

“When I got back I really isolated myself from people," says Smiley. "I didn’t really feel like I fit in.” 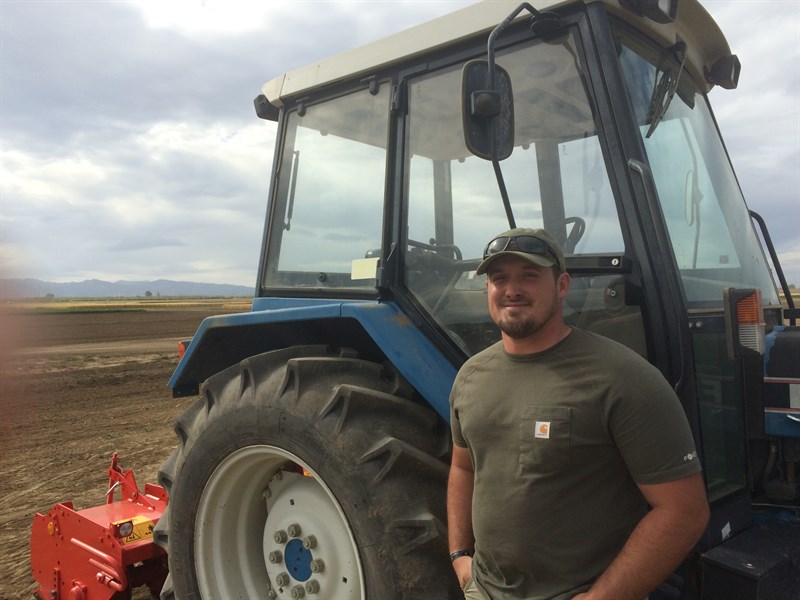 Smiley served in the army as a combat medic for four years. The traumatic experience left emotional scars and steep internal walls.

"When you’re that detached, when you’re seeing people die all the time and dealing with bloody patients and stuff like that, cutting yourself off is how you learn how to mentally survive," he says.

Today Smiley's posture is erect and his handshake is firm, but his gaze often falls to the floor. Smiley struggles to form relationships, and connect with friends and family. But, he says farming has helped him build a new community, and renewed his life purpose.

“For me it’s another way to protect people, to feed them,” he boasts.

It’s also a way to keep his post traumatic stress disorder (PTSD) at bay. When he started college he stopped farming during his first quarter.

“And, and I could tell 100 percent the difference. It was like night and day.  A lot of my symptoms came back," he says. "Detachment, depression, and nightmares, but If I can just get out to the farm once or twice a week it kind of goes away.”

The anecdotal evidence on farming and PTSD is intriguing according to Dr. Daniel Weiss. He’s a psychologist at University of California San Francisco. But, he says the critical component is a supportive organization.

“The most effective ingredient is that there is somebody or a group of people who are giving their time, effort, resources and interest to individuals with psychological injuries from combat." Weiss says. "This is very healing for them.”

The main group supporting vets in agriculture is the Farmer Veteran Coalition (FVC), based in Davis, CA. The organization offers training and grants to buy equipment and farm supplies.

“If I have a question, or I need a resource or I need a person to talk to or if there’s a workshop that I’m desperate to go to, somebody will send me,” says Murray.

Murray raises chickens, rabbits, guinea pigs, and grows vegetables on a small plot in Loomis – about 30 minutes northeast of Sacramento. She and her daughter Aislinn rise at dawn every morning. 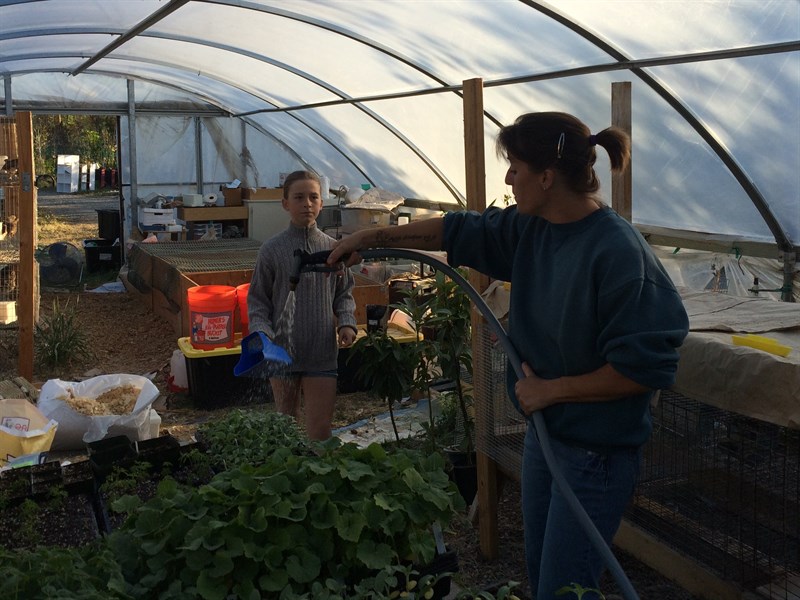 The mother daughter duo live simply. Their home is a weathered travel trailer, and they wear second hand clothes. But, the single mom and her 10-year-old smile a lot.

“Being a farmer is the best thing I’ve ever done,” beams Murray.

She served for two years as an operation specialist in the Navy. After her service she bounced through a variety of jobs searching for direction. Then she found her calling in farming.

“I mean there's definitely a perfect marriage between the military and farming," says Murray. "I think there’s no better transition”

The navy taught her the dexterity and dedication that serve her well on a farm.

“Your work is directly related to the effort that you put into it," says Murray. "And, you also learn how to think outside the box. I can sew with zip ties.”

“A lot of our military veterans work with their hands every day. That’s the type of on the job, on the farm type of skill set that transfers very readily to agriculture.”

The USDA sees veterans as a promising population to rejuvenate the aging farm workforce. The average age of today’s farmer or rancher is nearly sixty. The agency hopes to attract more than 100,000 vets to agriculture in coming years. Gutter is confident they’ll meet their goal. 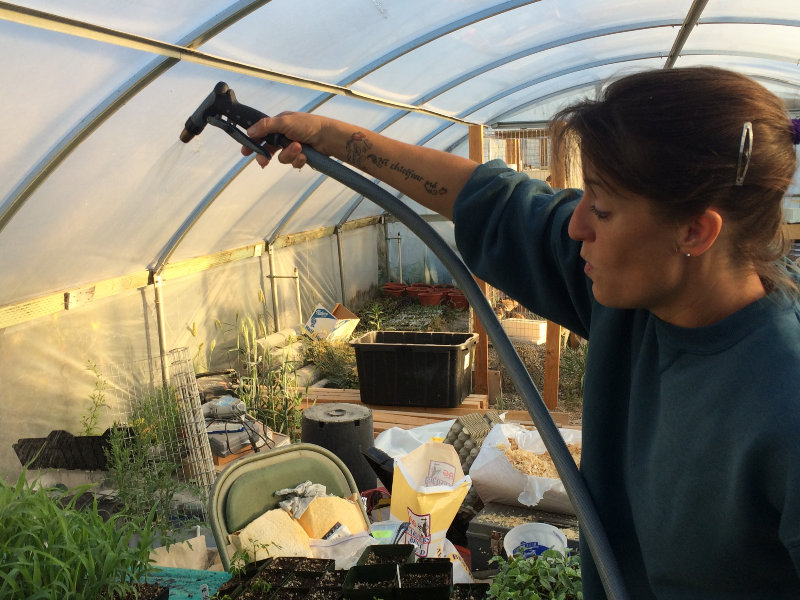