Update: A Sacramento Superior Court judge issued a final ruling today against one group's request for an injunction to stop the project.

Adriana Gianturco Saltonstall is the lead plaintiff on the suit against the City and the Kings that was before the judge today. She claims the City did not conduct an impartial environmental impact report.

"The whole point of an EIR is to bring forward information that will go into your decision making.  If you've already made the decision, it makes a farce out of doing an EIR. Basically it says this is just paperwork."

Sacramento City Attorney James Sanchez says the City has complied with the law throughout the process.

"They had not met their burden of establishing that the EIR was deficient. We believe with the court that the EIR does address the necessary environmental issues related to the arena."

Judge Timothy Frawley ruled the plaintiffs' claims did not warrant an injunction.  The project will continue.

All parties are scheduled to be back in court October 10th.

The judge also ruled that a new state law limiting injunctions against projects on environmental grounds is constitutional.

Including this suit, there are three lawsuits pending. One claims the Sacramento City Council improperly approved the project.  The other claims the environmental impact report is flawed for other reasons.

Demolition of the Downtown Plaza is scheduled to begin within two weeks.

The City plans to issue between $280 million and $295 million in bonds to pay for construction. The investment rating service Standard & Poor's has upgraded the City of Sacramento's bond rating from A+ to AA-minus.

Russ Fehr is the City Treasurer.  He says the upgrade will lower the interest rates the City will pay on bonds it issues for projects like the downtown arena. The result will be lower city costs.

"Typically one notch on a spread on taxable bonds -as these bonds will be- is a tenth to a quarter of a percent, in that range -which is significant.  That would be between $300,000 to $750,000 a year in annual interest costs."

He says the City will lose some of the savings as it waits for lawsuits against the arena project to be resolved in court.

The arena is scheduled to open by October 2016. 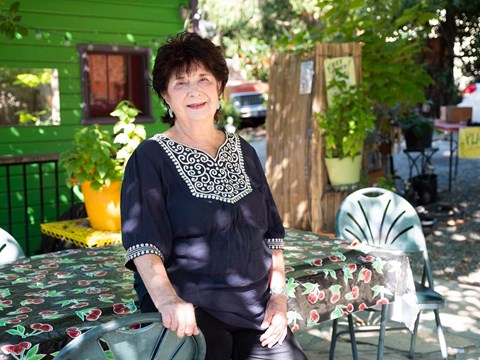