“America” (My Country, Tis of Thee)

In 1831, Samuel Francis Smith, a student at Andover Seminary in Massachusetts, had been given the task of translating texts from several German song collections. One of the songs--“God Save Saxony”—had an attractive tune that inspired Smith to write new words for a patriotic hymn for the United States. 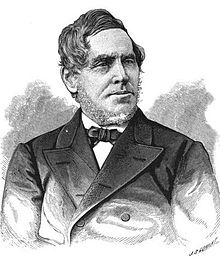 Astonishingly, Smith was unaware that the tune of “God Save Saxony” had been lifted from the British national anthem, “God Save the King”—and, it seems, thousands of Americans were equally unaware of the connection to the once-hated English monarch, for soon, Smith’s hymn was everywhere.

Of thee I sing.

Despite the tune’s link to the British national anthem, “America” served as our de facto national anthem for a hundred years--until “The Star-Spangled Banner” became the official song in 1931.

The lyrics of "The Star-Spangled Banner" come from a poem written in 1814 by Francis Scott Key, after witnessing the bombardment of Baltimore’s Fort McHenry by the British during the War of 1812.

Key’s poem was then set to the tune of a popular British song, "To Anacreon in Heaven,” written by John Stafford Smith for the Anacreontic Society, a men's social club in London.

Anacreon was an ancient Greek lyric poet, famous for his drinking songs and hymns, and "To Anacreon in Heaven” was intended to celebrate wine, women and song—and the men’s club itself.

Ye Sons of Anacreon, then join hand in hand;

'Tis yours to support what's so happily plann'd;

You've the sanction of Gods, and the Fiat of Jove.

While thus we agree, our toast let it be:

"May our Club flourish happy, united, and free!"

"The Star-Spangled Banner" (which set Key’s poem to a revised version of the “Anacreon” tune) was recognized first used by the Navy in 1889, and by President Wilson in 1916. It was declared the national anthem of the United States by congressional resolution on March 3, 1931, and subsequently signed by President Hoover.

The tune’s range of one and a half octaves makes it difficult for many to sing, and some have complained of its warlike setting.  As a result, there have been calls over the years to replace it.

One song often touted as a replacement for “The Star-Spangled Banner” is “America the Beautiful.”

The original words are from a poem by Katharine Lee Bates, first published in The Congregationalist in July, 1895.  The music is by Samuel A. Ward, originally written for a hymn called “O Mother dear, Jerusalem,” in 1882, and published in 1892. In 1910 Ward's music was combined with the Bates poem and titled “America the Beautiful.”

As the title indicates, the words most often sung are not patriotic in the usual sense.  In fact, some have complained that the song is essentially a musical travelogue, with no true patriotic fervor at all:

For amber waves of grain,

Above the fruited plain!

God shed his grace on thee

And crown thy good with brotherhood

From sea to shining sea!

However, patriotic sentiments do show up in later verses that are seldom sung:

Who more than self their country loved

And mercy more than life!

May God thy gold refine

Till all success be nobleness

And every gain divine!

Interestingly, these lyrics are quite different from Bates’ original words, which portray America as a work in progress—and an imperfect work, at that.

God shed His grace on thee

Till selfish gain no longer stain,

The banner of the free!

A lifelong, active Republican, Bates broke with the party in 1924 because of its opposition to American participation in the League of Nations.

Another suggested replacement for “The Star-Spangled Banner” has been Irving Berlin’s “God Bless America,” written in 1918, but not published (and revised) until 1938.

It begins with a verse not sung today, reflecting the growing threat of war in Europe:

While the storm clouds gather far across the sea,

Let us swear allegiance to a land that's free

Let us all be grateful for a land so fair,

As we raise our voices in a solemn prayer.

The song stirred some significant controversy.  Many on the Left found the lyrics jingoistic and presumptuous.

There were complaints from the Right, as well.  Not only was the song penned by a Tin Pan Alley tunesmith instead of a “serious” composer, but Berlin was an immigrant (born in Russia) and a Jew—in the view of some, not a “real” American, at all.

Cooler heads prevailed, in part due to the hit recording by the “all-American” Kate Smith. Also, as war drew nearer and finally became reality, the invocation to God to “stand beside” and “guide” the United States resonated with most Americans.

“This Land is Your Land”

For those embarrassed by Irving Berlin’s heart-on-sleeve sentiment, there is “This Land is Your Land.”  It was written by Woody Guthrie in 1940, in direct response to "God Bless America," which Guthrie considered unrealistic and complacent, given what he’d seen and experienced as he crisscrossed the country during the Great Depression.

Guthrie’s verse celebrates the natural beauty of the country—not unlike “America the Beautiful”— while the chorus drives home the populist credo that the nation belongs to all the people, not just the rich and powerful.

Most recordings feature only the first four verses of the song, omitting the ones that include more overtly political sentiments, like this one, which speaks directly to Irving Berlin’s “God Bless America.”

One bright sunny morning in the shadow of the steeple,

By the relief office I saw my people.

As they stood hungry,

I stood there wondering if God blessed America for me.

Lines like these have prevented “This Land Is Your Land” from serious consideration as a national anthem, even though it’s clear that Guthrie loved America as much as Irving Berlin did—although in very different ways.