California supplies virtually all of the nation’s sushi rice and half of it is exported. But of all the food crops in the state, rice is likely to be affected by the drought the most. The mere speculation of losses is already driving up prices.

“If you’re eating sushi rice in New York, or in Florida or San Francisco you’re most likely undoubtedly going to be eating California rice, which we refer to as Calrose," says Van Vleck.

Van Vleck stands next to a water pump that’s flooding the field behind her.

“So this is water that’s coming from the Feather River and the Feather is just to the east of us, we divert out of the Feather," she says. 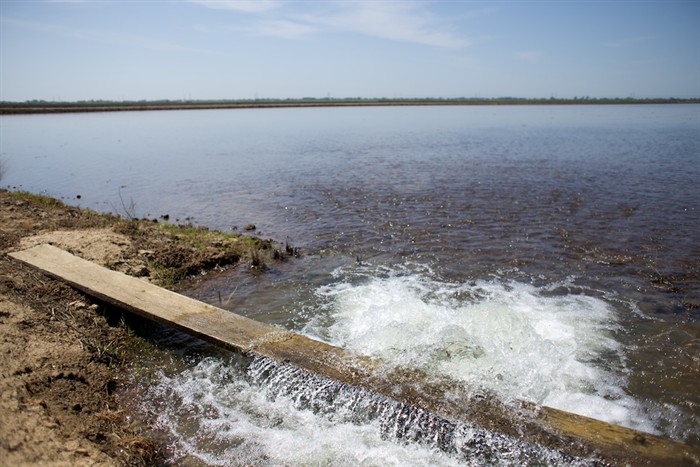 Northern California farmers typically have plenty of water compared to those in the Southern California, even during dry years.  They often profit by selling water to the south.

But Dan Sumner, an agriculture economist at UC Davis says not this year.

"This is the first time I know of that we cut back rice acreage because surface water allocations were cut so severely to water districts north of Sacramento,” says Sumner.

Montna Farms gets water for its 5,000 acres from several different water districts, but Van Vleck says the change will mean a huge decrease in plantings.

“I’ve been here at Montna Farms for 20 years and it’s unlike anything I’ve ever had to deal with, the uncertainty this year, since the beginning of year, day to day things change, right now we’re looking, we are down 48 percent over last year," says Van Vleck.

That figure is with the recent increase in allocations made possible by spring rains. The California Rice Commission estimates that rice farmers will leave 100,000 acres, or about 20 percent, of their fields fallow. Van Vleck says medium-grain rice from California is a very thinly-traded commodity worldwide.

“If you have California being reduced and California does export about half of their crop and so if California is affected because of the drought it all of a sudden changes the price of medium grain substantially," says Van Vleck. 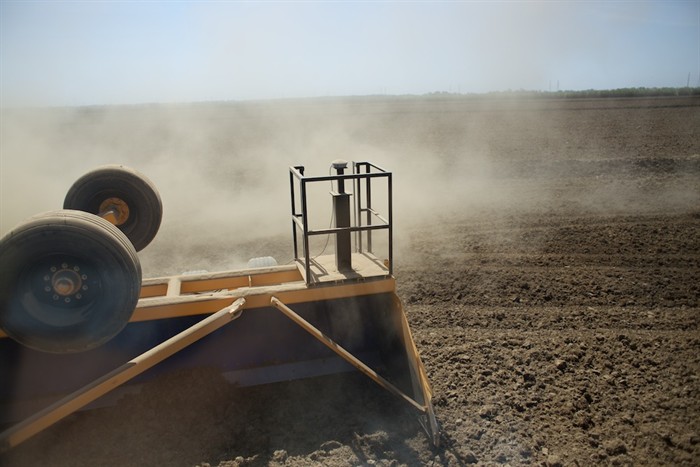 At Oto’s Marketplace in Sacramento the price shot up at the beginning of the year. Russell Oto is the General Manager of the store which specializes in Asian foods. He says by the time the increase trickles down to the customer, it will only be slight.

“A lot of the distributors and everybody went in increments you don’t see a big price raise all at one time, but by May or June it might go up a little bit more than what my prices are now," says Oto.

The economic impact may be felt more directly in other places. Rice farmer Walt Trevathan says he’ll plant about 350 acres of rice on his farm in the Sacramento Valley. He usually plants about 500. He says it’s enough to make it through the drought, but he worries about the effect on small communities.

“Everybody that’s raising less of anything it’s going to affect all the communities because there’s always that trickle down of how many times our dollars get multiplied through the communities and that’s certainly you know, less fertilizer, less fuel, less everything being used," says Trevathan. 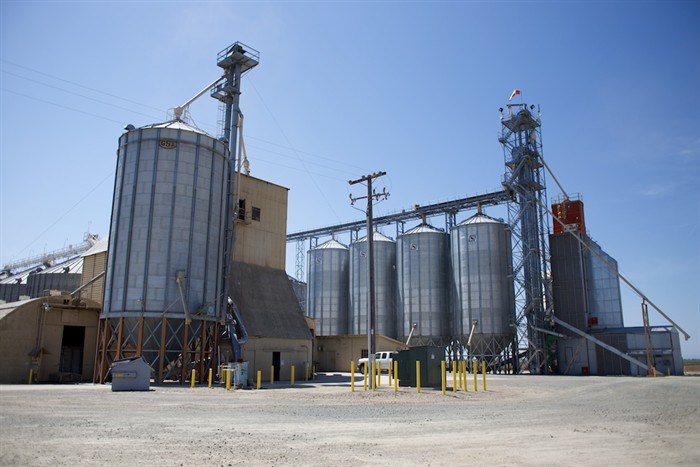 Rice dryers, rice mills and storage facilities, equipment dealers all rely on the rice industry and all will be affected by the drought. But what worries rice farmers the most is the possibility that California could see more dry years ahead.

“We have this wonderful system of customers that count on us each and every year and I don’t know that they’ll all be able to be serviced this year," says Van Vleck. "Someone else will fill that void. You might not get the customer back.”

And economists say that’s the danger. Suppliers need a reliable quantity of rice or they’ll just go elsewhere. The drought or future droughts may send a signal to the world market that California rice isn’t reliable. 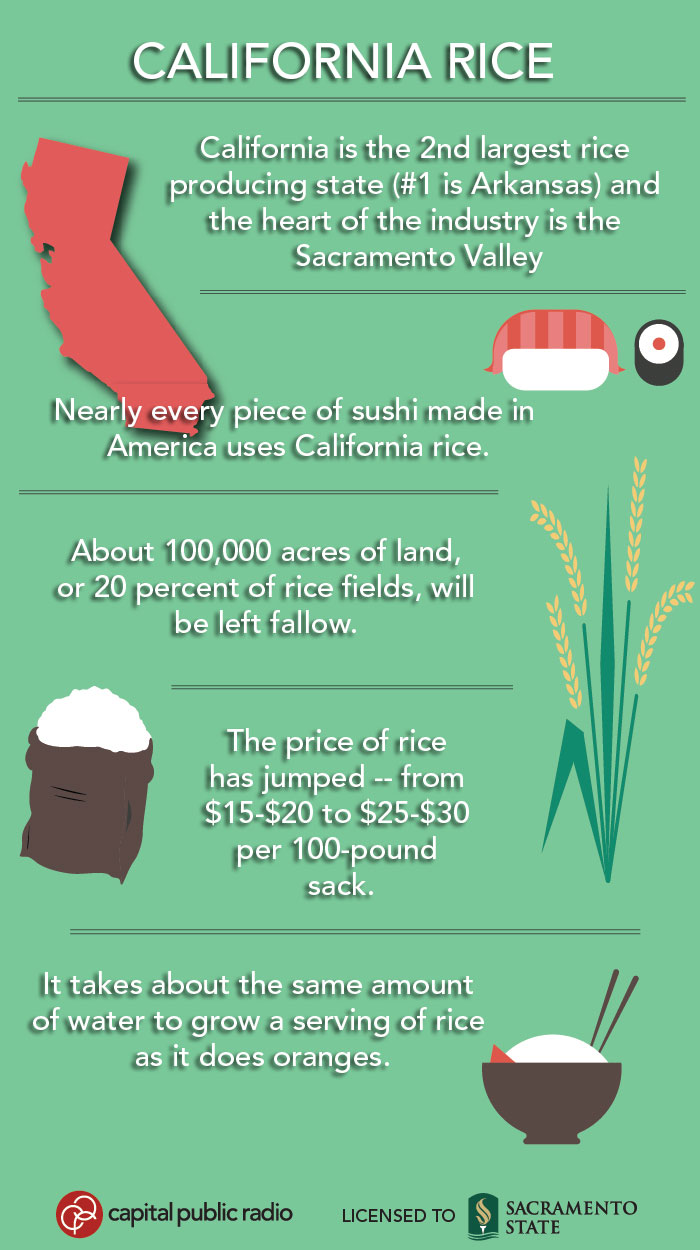 Numbers and figures are provided by the California Rice Commission.