Students at the University of the Pacific took turns petting, hugging and brushing llamas for stress relief on Nov. 19, 2022 in Stockton, Calif.

Students at the University of the Pacific in Stockton got to spend time this past weekend with a new kind of therapy animal: llamas.

Students took turns petting, hugging and brushing four llamas — with names like Mystical Amigo and Loverboy — on the campus lawn.

“He really loves to be brushed,” owner Geo Caldwell said affectionately, in reference to one of the llamas. “He says, ‘yeah, just brush me.’”

Caldwell owns Llamas of Circle Home in Sonora and has been raising the animals for nearly 40 years.

He started bringing the llamas to UC Berkeley for an event called “Llamapalooza” and said people started to see the positive interaction between students and the llamas.

“They were hits, and then they [wanted] more llamas,” Caldwell said. “And then they brought the press and we became famous and now we’re [at more] campuses.”

Since the success of Llamapalooza at UC Berkeley, Caldwell has brought llamas to campuses across Northern California, including to UC Davis and UC San Francisco. 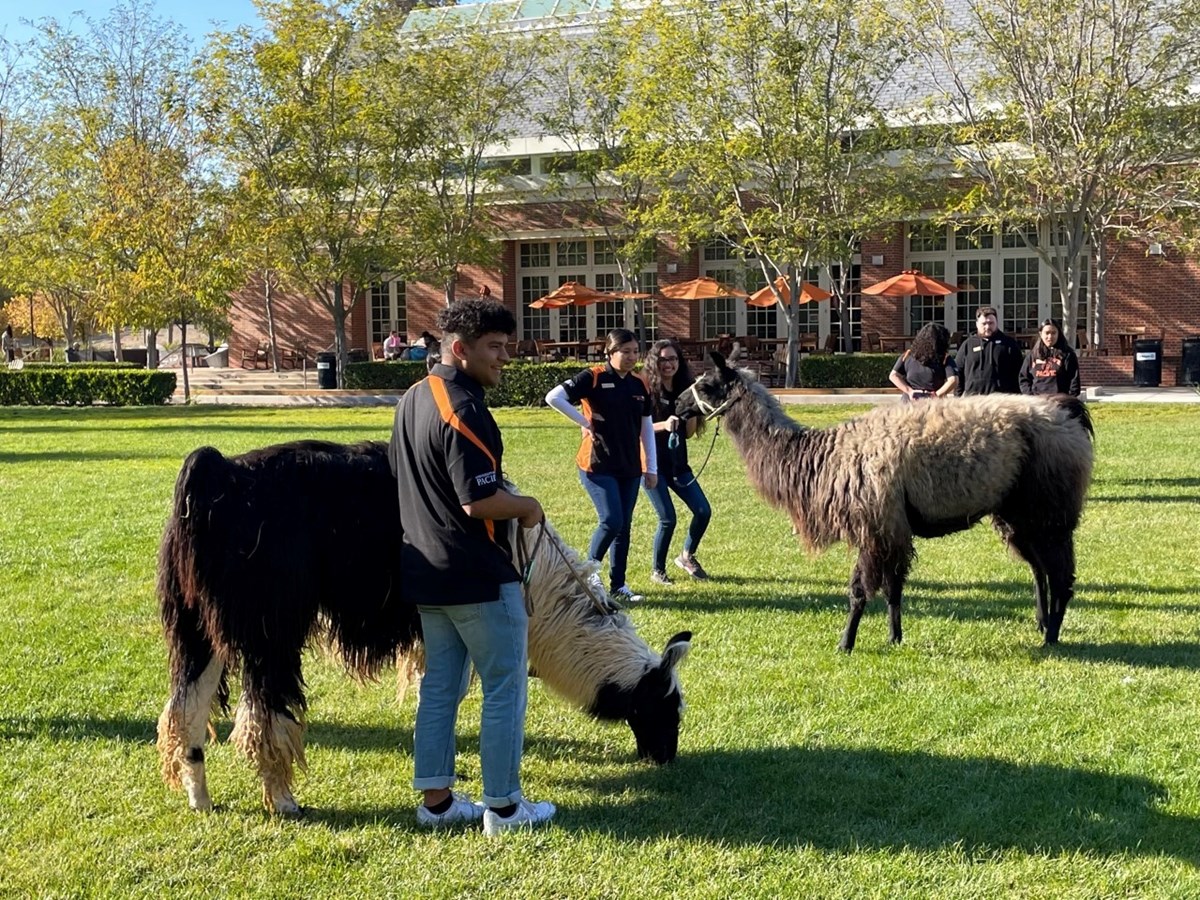 Students at the University of the Pacific took turns petting, hugging and brushing llamas for stress relief on Nov. 19, 2022 in Stockton, Calif.Rich Ibarra/CapRadio

Aliha Maen is an international student from Pakistan. She said she loves farm animals like goats and cows, but had never brushed a llama before.

Sophomore Devin Thompson planned the event, called “Save Your Drama for a Therapy Llama,” to bring students relief before finals, which fall after the Thanksgiving holiday.

“Originally, I was just going to do therapy dogs but I wanted to do something different to stand out for the students, and it looks like everyone is having a lot of fun,” Thompson said.