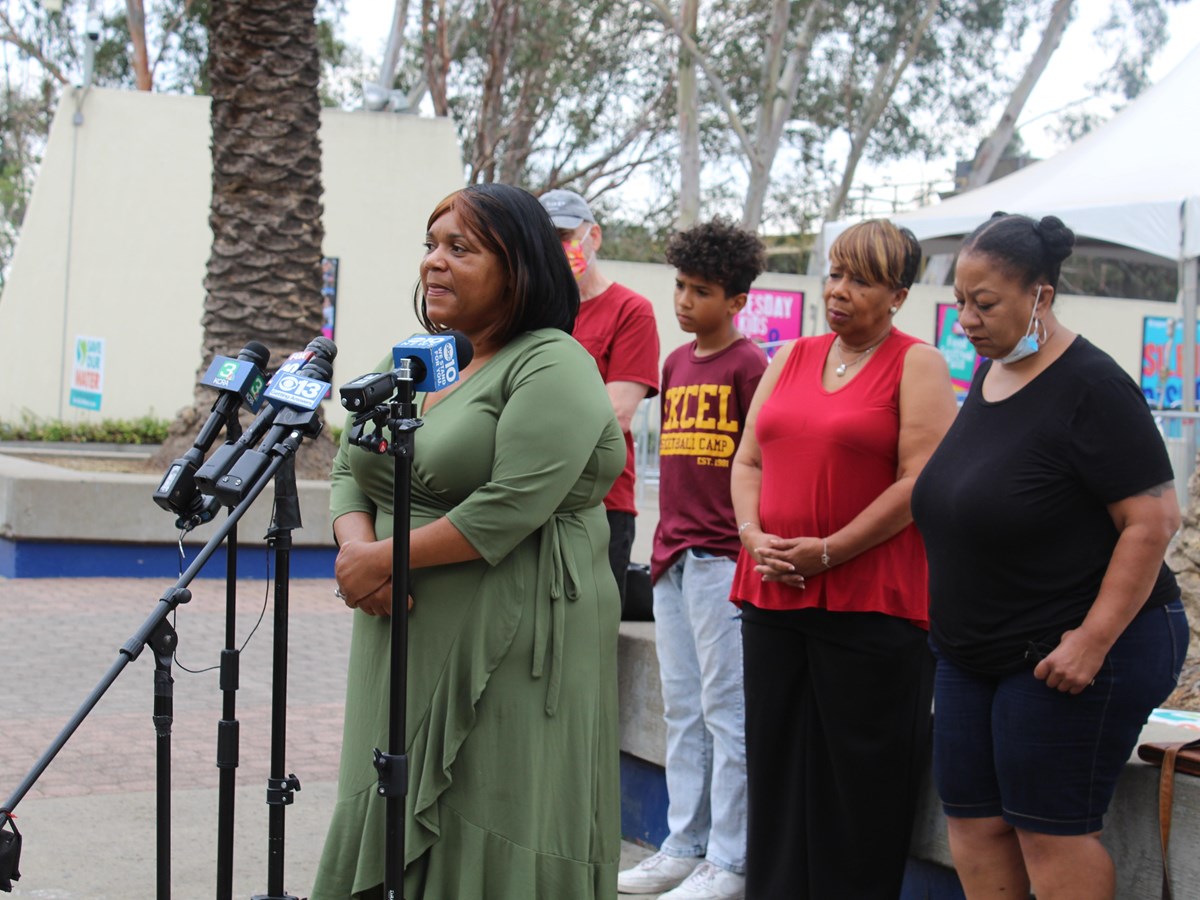 Cynthia Martin speaks at a press conference at Cal Expo in Sacramento, Calif., on Monday, Aug. 1, 2022.

A Black Elk Grove mother announced Monday that she is taking legal action against Cal Expo after police allegedly tackled, bloodied and questioned her 11-year-old son alone at the California State Fair and Food Festival.

Cynthia Martin said Cal Expo officers targeted her son, Elijah, after he and his friends were horseplaying while waiting in line for a ride. Martin said her son was the only Black child in the group. The incident happened around 11 p.m. on July 19 during the State Fair’s Kids Day when children under age 13 got free admission.

“The day that everyone should feel safe as a family to come to the fair and not be terrorized by the police department and assaulted and have visible injuries,” Martin said in a press conference outside Cal Expo’s gates.

In an emailed statement, Cal Expo said Elijah was putting himself and others at risk by climbing over a safety fence and that a roller-coaster ride almost hit him.

“After short questioning and agreement by him not to return to the fair, the minor was released to his mother without arrest,” the statement read. “We believe the Cal Expo Police followed all proper policies to quell the situation and keep the minor safe.”

Mark Merin, the family’s attorney, said Cal Expo police followed Elijah and his friends as they walked away from the ride. The officers scared Elijah, so he ran and they tackled him, Merin said.

He added that witnesses saw police bring the boy down by choking him around the neck.

Officers then took Elijah into a room for questioning, but Martin said they refused to let her in and accompany her minor child. They questioned him for about 30 minutes, Martin recalled, and forced him to sign a document that he wouldn’t return to the fair.

Merin claimed police not only used excessive force to arrest Elijah without reason, but also violated Martin’s rights to be with her son during questioning. Elijah suffered cuts, bruises and emotional trauma from the incident, Merin added.

The family took preliminary steps for a lawsuit to force Cal Expo to change its procedures to prevent similar incidents, Merin said.

“It doesn’t matter your age when it comes to this society and law enforcement,” Williams said. “You are treated differently and he should have never been treated this way. No other child within his group was brought into that facility.”

Black Lives Matter Sacramento and the Greater Sacramento NAACP also called on Cal Expo to identify the officers involved. They further requested any body camera videos and a policy review.

The fair’s officers do not wear body cameras, Cal Expo spokesperson Darla Givens said. Cal Expo has surveillance video of the incident from the about 200 cameras around the grounds, but Givens said it is not releasing footage at this time.

Cal Expo has a full-time and year-round police department, according to its website.