Few California workers know they're entitled to pay when a shift is cut short, study finds 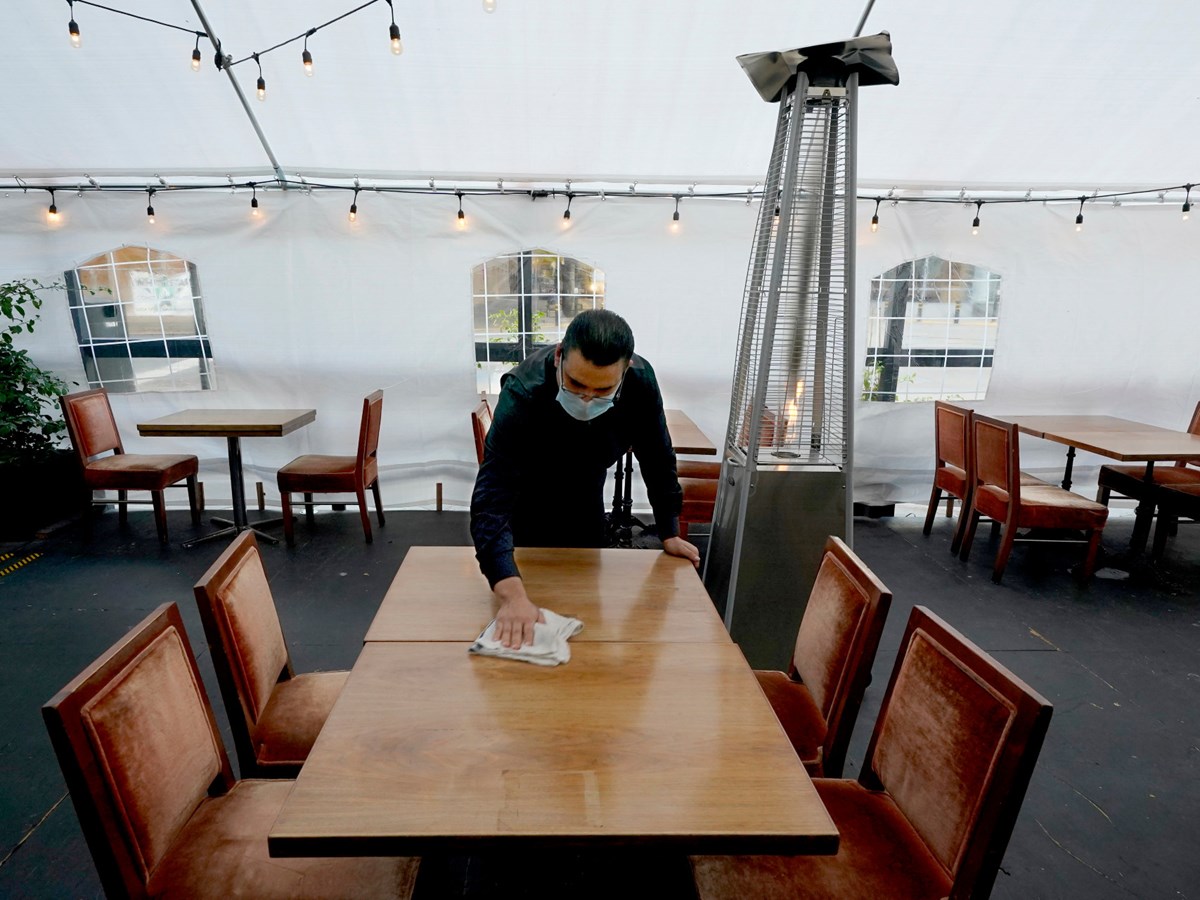 In this Nov. 19, 2020, file photo, Fabian Rodriguez cleans a table in an outdoor tented dining area of Tequila Museo Mayahuel restaurant, in Sacramento, Calif. Sales at restaurants and bars fell in October for the first time in six months.

Hourly workers in California are not getting all of the pay they deserve, according to a new study out of UC Davis.

At issue is lost compensation when hours are cut. But, state law says employers need to pay their workers for that time if it was scheduled and cut once the shift has started. The research found few employees know this rule.

What does the law say workers are entitled to?

It manifests in some pretty common ways that are easy to imagine. So imagine you've got a restaurant worker who shows up for a lunch shift and is supposed to work six hours and after two hours, a manager says, 'We're pretty slow. You should go ahead and clock off.'

Well, state law says that the employer is supposed to cover them for at least half of what was scheduled. So that would be three out of those six hours. And so that's an extra hour of pay that that worker should be due.

Is it up to the hourly worker to police this law?

It's tough, because the law says that the employer is supposed to be doing this automatically. The problem is that if an employer doesn't do it, it's up to the worker to push that employer to do so. And if they don't, to file a formal grievance with the state's Department of Industrial Relations.

Which industries do we see this kind of shift cutting the most?

I think it happens a lot in the industries that a lot of us might expect it to happen in — in foodservice and in retail. But one of the things that surprised us a little bit is that it's actually common in lots of different kinds of fields. It's not just limited to the kinds of workers that we think of as being the frontline service workers. So maintenance workers is another example of people who frequently had a shift cut early in a way that we might not realize happens.

Does this have a big impact on workers?

Absolutely, because I think the people that it happens to, it can happen a lot. And so even if this is really only happening like once every couple of weeks, if you imagine losing out on half a day's pay once a week, then you could be losing up to 20% of your pay in some cases.

Your research says people of color and immigrants are most likely to be affected by this issue. Are there more effective policies that could benefit these groups?

I think one interesting example is a lot of the new policies that are similar to this kind of reporting pay policy that are coming out in places like San Francisco, in Seattle, New York, Chicago, in the whole state of Oregon, actually. And it's a wide set of policies that are designed to increase predictability and stability. So it includes these kinds of short-shifted incidents, but it also includes policies where people are supposed to know their schedules further in advance.

Were you surprised at all by how few workers knew what the law was?

Unfortunately, I was surprised. I think we were expecting people's awareness of the law to be kind of similar to what they are of a lot of other labor regulations, thinking of things like overtime regulations, minimum wages and unfortunately, awareness was much lower. We were also surprised that it was really low for both workers and for supervisors. And I think that could be a real limitation here, is that there could be a lot of employers out there that aren't doing this, reporting pay for their workers that they sent home early because they just didn't realize that they were supposed to.