Five seconds into Sky Creatures' new music video “No One”, I found myself bracing for impact. Vocalist and former Bay Area musician Majel Connery and Guitarist Matt Walsh swing for the fences with operatic vocals, churning guitar riffs and an odd time signature.

I connected with the New York duo about this new project, their latest video debut and why being hard to categorize is exactly the way they like it.

You both have rather different musical backgrounds, I'm curious how the two of you met and ended up becoming Sky Creature?

Majel Connery: Matt and I occasionally intersected over the last 20 years. I had this band that was primarily vocals and violins and a lot of electronics. And Matt was just the only engineer that we could think of who might actually conceivably be able to wrap his head around our music. And then when that band blew up, in the wrong way of blowing up, in sort of the vacuum that was left at that moment, Matt started calling me and being like, ‘Yo, what do you think about making music?’

And I came out here a couple of times and we jammed, and it wasn't like instant. It wasn't instant awesome. [Laughing] It didn't really work the first couple of times, I think we've sort of found our rhythm now, but like, there was a really long time where I just had absolutely no idea how to sing.

They're coming for you!

Walsh: [laughing] If they exist, they're coming for us.

Connery: I feel like the other part of this is, even if people don't like our music, we definitely don't want them to leave a show thinking, 'meh.’ You know, like, they should definitely be like, 'Whoa', one way or the other. And even if they walk away from it being like, 'Yeah, but maybe I wouldn't do that again.’ At least we served them everything that we had to offer and left nothing on the table.

So we think of that from a performance standpoint, also from a recording standpoint like the track that we're trying to record right now, we have done so many different versions of it because it just has to knock us flat. If it's not knocking us flat, what chance do we have of knocking you out? You know? 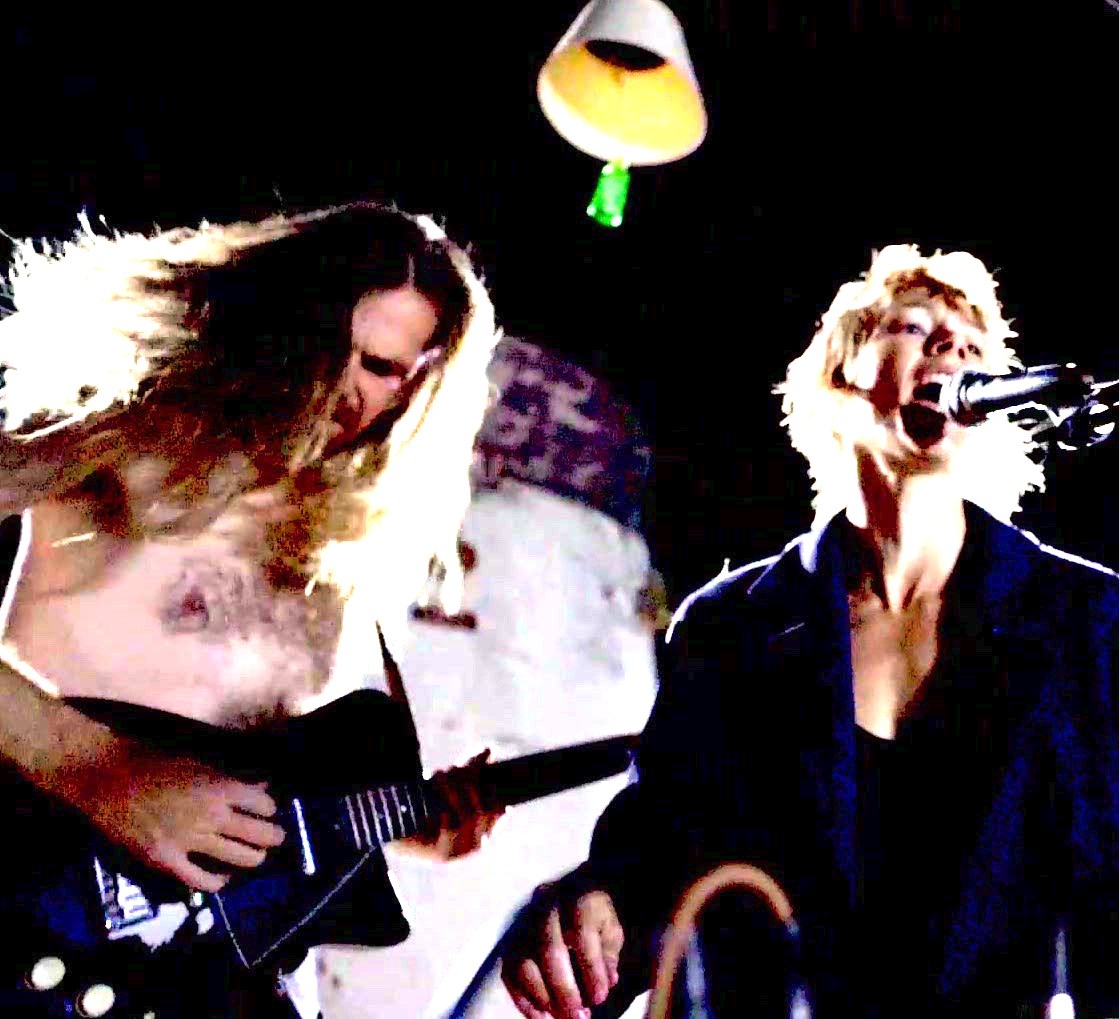 You saying no half measures and wanting to be really big I feel like plays into the decision to record this video on a literal sinking ship.

Connery: Like, I'm sure that if we didn't immediately tell you that it was a boat, you might not have known that it wasn't a nuclear bunker! It's just sort of, it's sort of no place. Which kind of goes with the vibe of the song, which is just this like, violent present moment of non-understanding.

Walsh: Yeah, another thing that we had said to the videographer, who is like a good friend of ours, was he had all these conceits and artistic ideas that he wanted to try. And I was just like, no, no art. No art, it's just body. Just like objects in motion that happened to be human beings, you know?

Connery: One of the things that we struggle both to do and not to do is to like, write a little placard for people by describing the music in terms of genre or in terms of references or whatever. And we found that if people come to our shows, they get it immediately. There's no difficulty communicating, this is what the band does, this is what we look like, we want you to dance until you're so exhausted that you have to sit down.

The both of you were saying that touring and playing as Sky Creature while it had its ups and downs on this past tour was still so much fun and so successful and so easy. Why do you think that is?

Walsh: Because we both want it so bad. We both want to do it so bad and like, there's nothing that we'd rather be doing than communicating with people in this way. Like, it's so much the most important part of our life for both of us, with no question. And, you know, in other bands that I've been on tour with, not everyone is laser focused on what the like, spiritual goals of the band are, whereas we really are.

Connery: At every single show we played. Not only did we have a good time, but we were able to move the audience even in adverse circumstances to a place of joy and excitement and kind of letting go. Even in places that were like, way too well lit or it was way too early or there was no alcohol served whatsoever or whatever like, the thing was that we had to counterbalance in each of these places, not to mention freaking COVID!

We just really had to give this sense of like, ‘here we are’ nakedness, like at maximum percent. And I think in every single case, we played a show that we were really proud of, that we were really excited about and that we kind of like, rode the high of for the next 24 hours.

CapRadio has recently contracted Connery for a future podcast project.