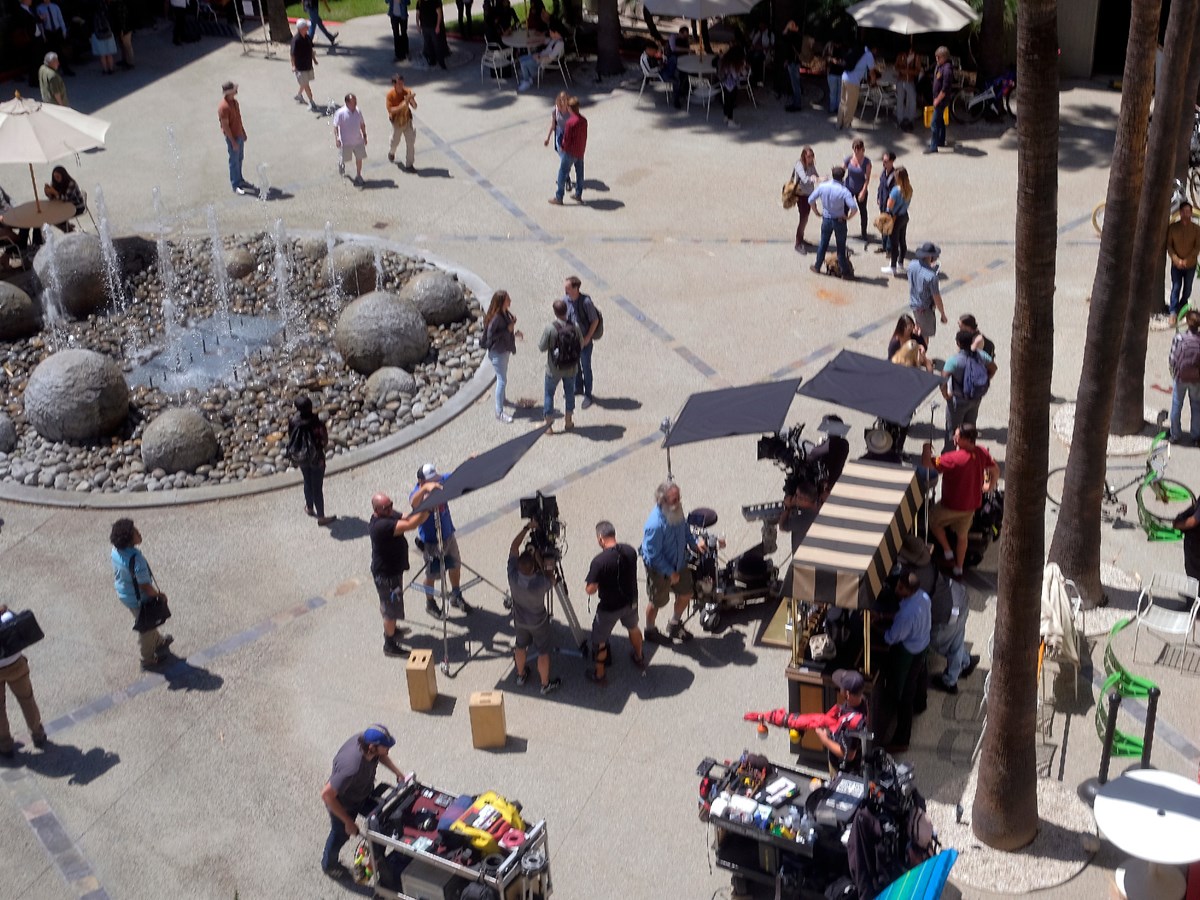 In this May 1, 2017 file photo production crew, extras, and camera operators get ready to film an episode of NCIS:Los Angeles on location in Los Angeles.

The city of Sacramento is making a renewed push to get more films and television shows made in the city by offering to help with permit fees and other expenses related to shooting on location.

Jennifer West, the city’s film commissioner, has proposed a new pilot program that would set up a grant program to get not only large productions filming in the city but also help smaller local productions that focus on the diversity of the city.

Interested filmmakers have until Nov. 30 to apply for some grant funding.

She joined CapRadio host Randol White to discuss more about the film incentives.


On the types of projects the media grants hope to attract

There’s kind of two different aspects of it. We’re trying to bring in the economic impact of it, but as well as the community impact.

So we anticipate that the majority of the economic impact will come from either out of town or larger productions over $100,000 in budget.

And then, the under $100,000 budget grants will be ... I’m hoping more for our community to tell their stories and actually have the ability to get their voice out there.

So there’s different  criteria involved in the rubric of how it will be scored by the panel. So there’s not only the economic impact of the hotel nights and the Sacramento spend, but then also the community impact.

A couple of things to touch on … does the production reflect the lived experiences of people of color, LGBT+, disabled, marginalized communities? That sort of thing.Is there local representation, and do you offer local internships?

So it really is — especially on the lower end of the budgets — it’s about those voices and being able to hear those stories. I mean, the whole point is that Sacramento is incredibly diverse, and we want to represent those communities through film.

On how big the film grants will be

So each grant is for $5,000. There will be five grants in each round. We’ve got three rounds that will start right now. The first round is open [and] the deadline is November 30th.

So there will be four grants of $5,000 in the first round, including a $2,500 grant for productions that want to get their post-production done here in Sacramento.

So it’s one of the things I’ve been working on since I took the position in January 2020. I think that the metrics that were being kept previously were just, you know, hotel nights, the number of film days, that sort of thing.

What I’ve been really trying to do is get more information out of our productions. What exactly is your Sacramento spend? How many local hires did you hire? What does that translate into dollars?

So this is a pilot program. This is something that’s going to be able to give us even more information than we’ve asked for in the past because we are offering this financial incentive.

We’re at liberty to ask more questions, and hopefully, they’ll be forthcoming with that information.

Well, I think there was. I mean, in the sense that the community really wanted Lady Bird to spend more time in Sacramento and have more film days. Unfortunately, there wasn’t a program like this with an incentive that would be able to help them stick around longer.