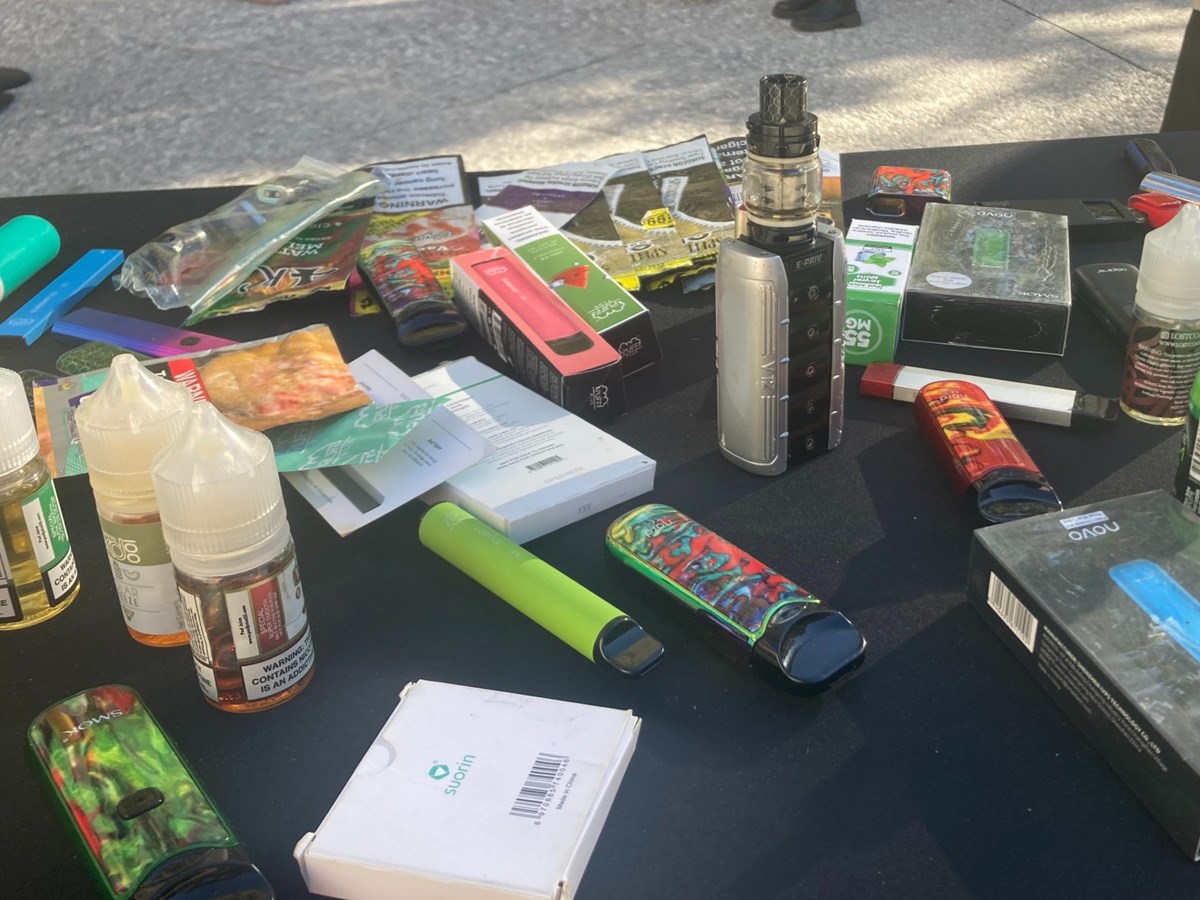 Flavored tobacco products such as e-cigarette liquid were on display in front of the Sacramento County Administration Building on Oct. 14, 2021. Supervisor Patrick Kennedy is proposing an ordinance to ban the sale of these products in the county.

Following an hours-long debate and public discussion Tuesday night, the Sacramento County Board of Supervisors voted to ban flavored tobacco sales — including menthol.

The new law only affects sales within unincorporated areas of the county. The city of Sacramento enacted a similar ban two years ago, and Elk Grove did the same last year. Other cities within the county would have to create their own laws against flavored tobacco.

County businesses have six months to offload their current supply of products, or possibly face fines of up to $25,000 in the future, according to the new law.

The county’s move comes months before Californians vote on a statewide initiative, which could uphold a previous ban signed into law by Gov. Gavin Newsom in 2020.

Sacramento County supervisors could be discussing a ban on flavored tobacco products, including e-cigarette juice and menthol cigarettes, by the end of this year.

“Ending the sale of all candy-flavored tobacco products, including minty menthol, will save lives,” he said. “And that’s why we will push hard to pass the ordinance I am proposing to the county supervisors with a sense of urgency.”

A flavored tobacco ban took effect in the city of Sacramento 2020. It requires retailers to “discontinue ordering and restocking flavored tobacco products” or risk having their tobacco retail license suspended or revoked. The ban applies to cigars, cigarillos, vape liquid and hookah tobacco. 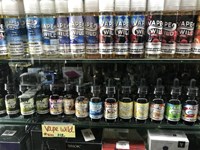 City Councilmember Eric Guerra says it’s been difficult to enforce the rule while flavored tobacco sales are still permitted in the unincorporated county.

“All the great work that the city of Sacramento is trying to do to prevent the influence of tobacco on young kids is minimized or diminished by someone moving their retail license and going across the street,” he said.

The city could not provide the number of business licenses that have been impacted by the ban.

Health advocates and pediatricians say flavored vaporizer juice is designed to get teens addicted to nicotine. A UC San Diego analysis of state data found that in Sacramento County, 90% of kids who smoke use a flavored product.

“Nicotine use in children and adolescents changes the way their brains function, and can interfere with attention and learning,” said Dr. Lesley Desmond, a pediatrician at UC Davis Health. “And [it] sets them up for an increased risk of cancer later.”

Manufacturers of e-cigarette devices and liquid have come under legal fire in recent years for marketing to children, and the U.S. Food and Drug Administration has tried to crack down on the trend.

California passed a ban on flavored tobacco in 2020, but it never took effect because tobacco companies filed a referendum, which will be on the ballot in 2022.

Dr. Lynn Silver, a senior advisor with health advocacy organization Public Health Institute, says local jurisdictions have had to take the issue on themselves. More than 100 California cities and counties have passed flavored tobacco bans, according to the Tobacco Free Kids campaign.

“The strategy that’s worked for tobacco control is a combination of raising public awareness about why it’s important and how deadly tobacco is, and supporting and funding community health organizations and others … from smaller cities to the state and federal government … to advance these policies,” she said.

Advocates also point to targeted marketing of menthol cigarettes to African Americans as a reason to ban all flavored tobacco products.