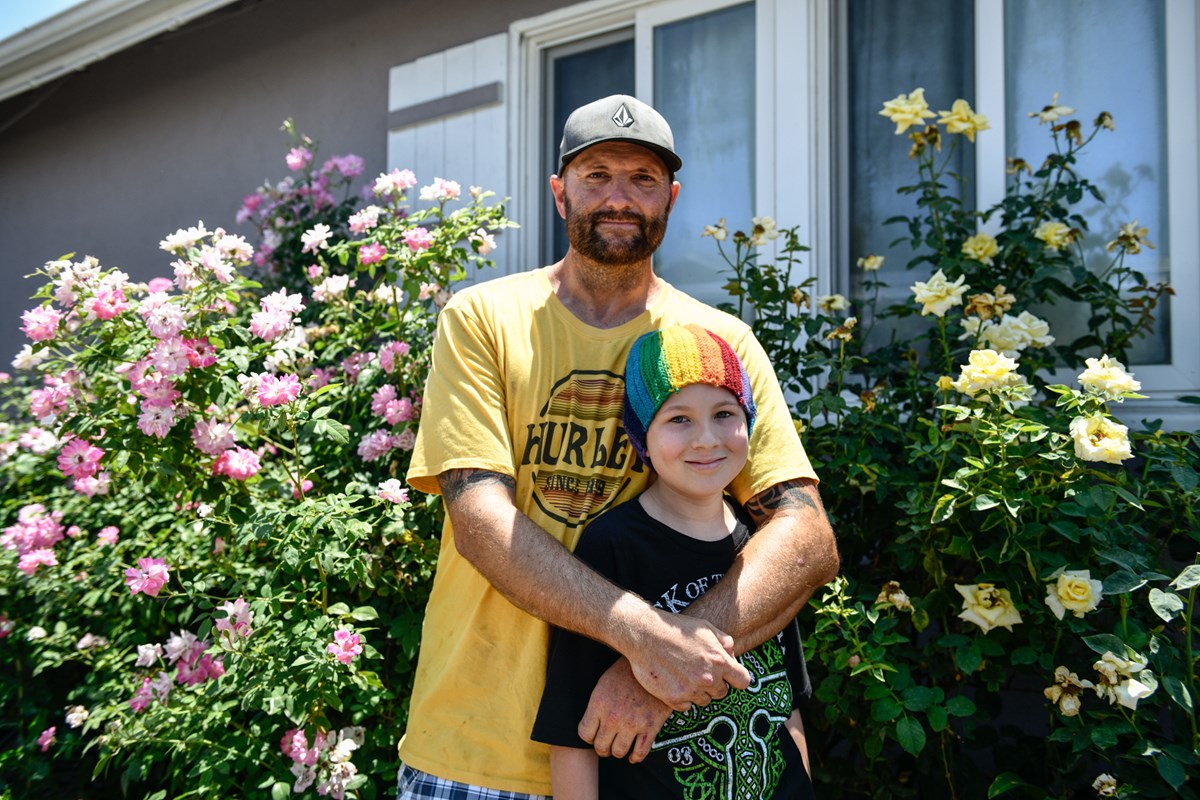 Will Hollman with his son outside of his home in the San Fernando Valley. "I love my kids and it is my duty to be a parent," Hollman said. "I'm fighting a lot of battles."

Two years ago the Los Angeles Department of Water and Power shut off electricity at Will Hollman’s home in the San Fernando Valley, forcing the family to rely on a gasoline generator. In late June of this year, the department disconnected the water, too — despite a statewide moratorium on water shutoffs that Gov. Gavin Newsom recently extended through Sept. 30.

Hollman, his 10-year-old son and his 16-year-old stepdaughter endured 11 days of temperatures in the high 90s to low 100s without water or power. For 11 days, they camped out in air-conditioned grocery stores, Starbucks or his truck. They couchsurfed and used friends’ showers. Hollman played it off with the kids as some kind of fun obstacle course.

He called the department’s customer service, and said a representative told him that he must pay off his utility debt of $9,064.13 — largely consisting of charges that Hollman disputes as erroneous — before water or power could be restored.

“It’s been demoralizing, humiliating,” Hollman said on the eighth day. “I have a history of paying my bills, working, being a good provider. You… start having feelings of failure as a parent.”

Those 11 days without water or power are a window into what could happen to millions of Californians in the coming months and years, depending on how swiftly and effectively the state distributes relief.

Official estimates of unpaid water and energy bills accumulated during the pandemic verge on $2.7 billion, affecting a few million Californians — and those figures have been growing rapidly.

The state has so far prioritized rent relief — keeping people housed — over utilities relief. A spokesperson for the state’s COVID-19 Rent Relief program said that of the $158 million distributed as of July 16, less than $40,000 had gone to utilities relief. Utility debt makes up about 6% of all assistance requested so far.

On July 11, lawmakers revealed a plan to use one-time federal relief money to address the debt. The deal is a patchwork of new programs to forgive $2 billion of utilities debt and old programs to help households chip away at the rest, with a wide range of eligibility criteria and timelines. But it doesn’t extend current shutoff moratoria past Sept. 30.